Minneapolis presents a phased re-opening plan for 38th and Chicago

Minneapolis leaders want to keep the intersection as a memorial site but now it's more so a matter of how to do so effectively. 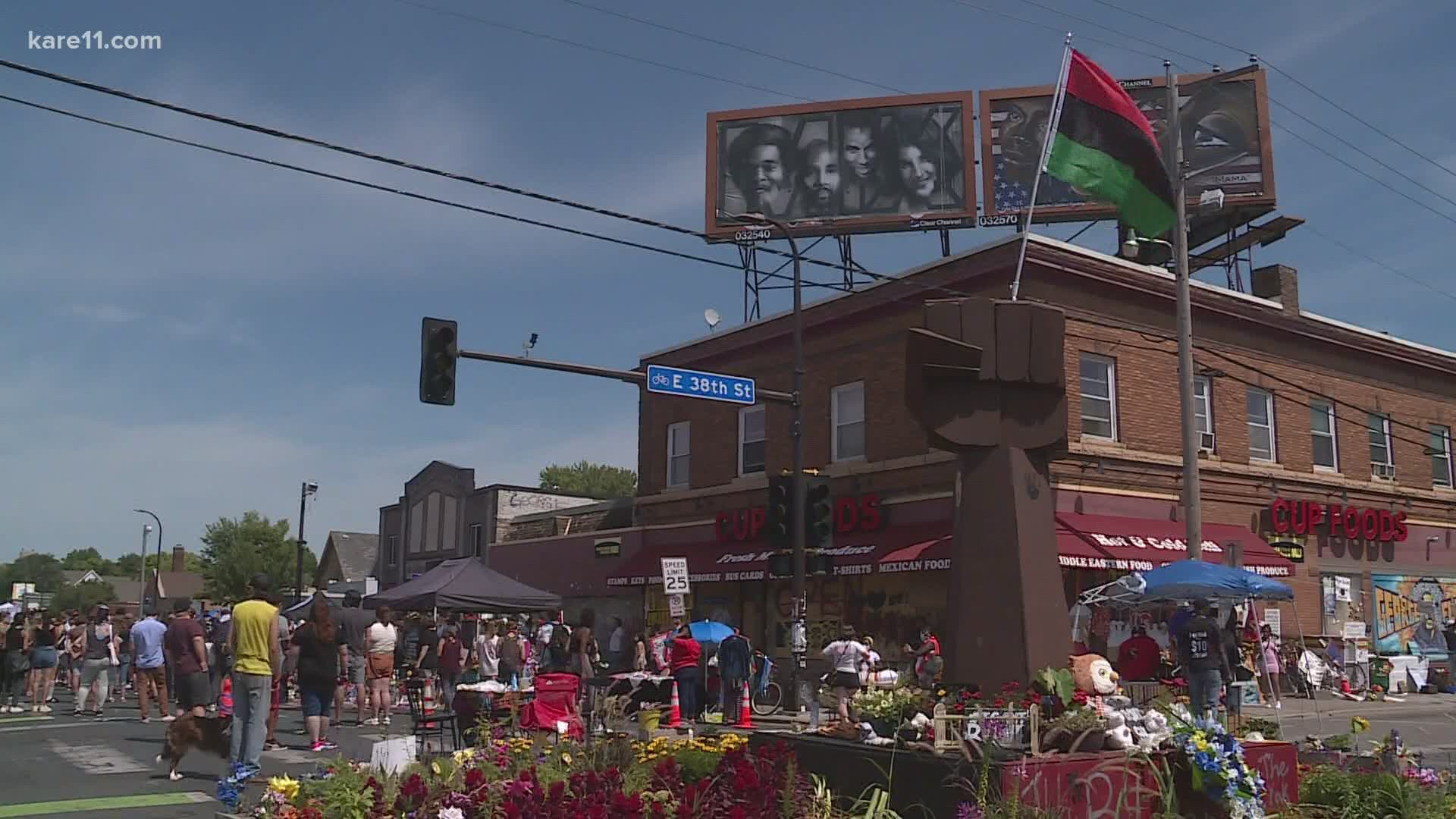 MINNEAPOLIS — Minneapolis city leaders spent nearly an hour Thursday afternoon discussing what the future of 38th and Chicago could look like moving forward.

While there's nothing set in stone, city leaders want to keep the intersection as a memorial site but now it's more so a matter of how to do so effectively.

"Its been difficult to find any consensus about how to move forward," said Assistant City Coordinator, David Rubedor.

After multiple meetings with residents and community leaders in the area of 38th and Chicago, Minneapolis city leaders are moving forward with a planned phased reopening of the intersection, an intersection city leaders say means so much to so many in the wake of George Floyd's death.

The first phase of reopening involves two options that would reopen 38th, allowing a space for preserved art while reducing the impacts to the surrounding areas.

"Reopen 38th Street only... and preserve the roundabout -- the community structured roundabout -- and the artwork...if the artist so desires," said Hutcheson.

The second option would involve moving the raised fist sculpture and garden a little further north up Chicago freeing up 38th completely without a roundabout, to preserve more of the memorial space on 38th.

"This is a very complicated situation there have been many different groups working in the area and the ideas of what happens next are what the long term visions are for the intersection still remain uncertain," said Rubedor.

While decisions for the future of the intersection are still up in the air, city leaders want to make one thing clear, putting the needs of the community first... is priority.

"We continue to commit to working with the community, we will continue to discuss specific elements and desires to support racial healing and community investment," said Hutcheson.

The city is investing $250,000 from their revised 2020 budget to support the vision of the intersection.

A date for when the re-opening process will begin hasn't been set yet.