Gov. Walz and city leaders emphasized in a press conference that 80% of people rioting are not local. 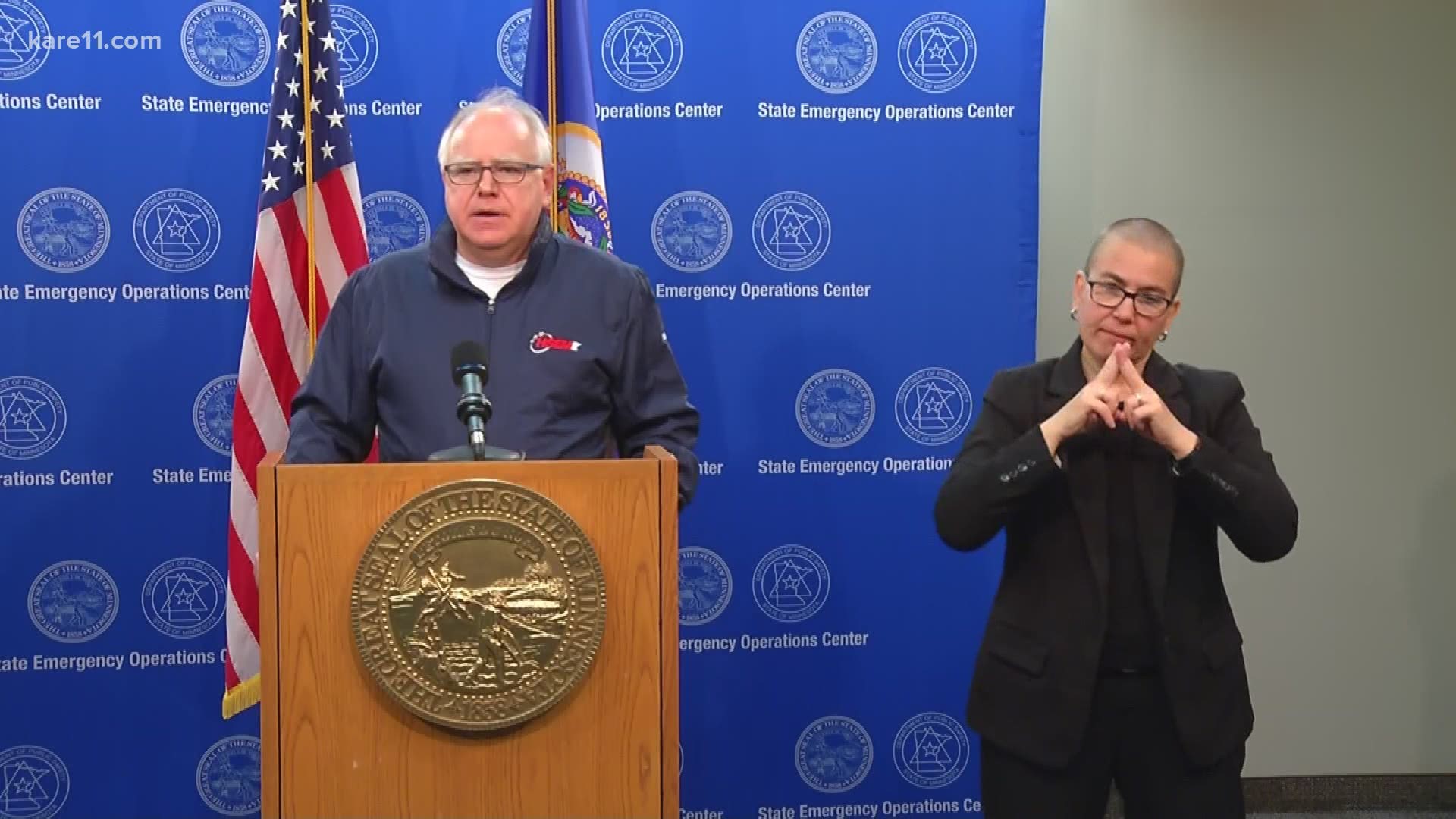 The Minnesota National Guard is moving to full mobilization for the first time in Minnesota's 164 year history. According to Gov. Walz, the Guard will focus on keeping citizens safe, saying "protection of citizenry and protection of property is our top priority and maintaining and restoring civil order on the streets."

A full activation means the guard will activate all soldiers who are medically fit and not already deployed. That could include between 7,000 to10,000 Soldiers and Airmen including nearly 2,500 by Saturday night with the rest to be available in coming days.

Walz also says that he is reaching out to the governors of neighboring states for assistance.

Again and again, both city and state leaders emphasized that the people burning buildings and causing issues for law enforcement, businesses owners and homeowners are not from Minnesota. Walz estimated that around 20% of rioters are from our area, with 80% of people coming in to Minnesota.

"Nothing we do to provide justice to George Floyd and his family, that I spoke with last evening, none of those things matter to any of these people who are out there firing upon national guard, burning businesses of our communities and making intent on disrupting any semblance of civil life," Walz said Saturday.

Mayors Frey and Carter also acknowledge the damage and destruction to their cities, both underlining that these riots do not honor the memory of George Floyd.

When asked about the people believed to be coming into the area specifically to do damage to buildings and homes, Commissioner of the Minnesota Department of Public Safety John Harrington commented that "Who are they associated with, what platforms are they advocating for and we have seen things like white supremacist organizers that have posted things on platforms about coming to Minnesota."

"We’re checking to see, are they part of an organized criminal organization? And if so what is that organization and how are they organized," Harrington said. "We are not going to tolerate the violence and destruction they are using to cover for their other illegal activity.”

Gov. Walz again emphasized the importance of residents honoring the 8 p.m. curfew in place for Minneapolis, St. Paul and most surrounding communities, saying that anyone out after curfew will be "aiding and abetting" those people in our community set on doing harm.

"Over the last 72 hours these people have brought more destruction and more terror to Minnesota than anybody in our history. That’s who we’re up against.” Walz continued to say that "What you’ve seen in previous nights I think will be dwarfed by what they do tonight and if you are an innocent bystander going out there tonight, you will be swept up in this."

RELATED: More National Guard members to be called up after 4th night of Minneapolis unrest

The governor's message carried over from one delivered in the early hours Saturday, after the fourth night of rioting in the Twin Cities.

"You need to go home," the governor said early Saturday morning to people involved in the unrest. "Our neighbors are afraid."

The governor said the current National Guard response is the largest civilian deployment in the state's history, but he acknowledged the size of Friday's response wasn't enough.

"(We) cannot arrest people when we're trying to hold ground because of the sheer size, the dynamics and the wanton violence," Walz said. "I will take responsibility for underestimating the wanton destruction and the size of this crowd."

Walz said the priority is to protect the lives of Minnesotans, protect property, and try to restore order on the streets.

"What we see tonight will replicate tomorrow unless we change something in what we're doing," Walz said. "Minnesotans deserve a plan ... we need to assess that."