Footage from former officer Tou Thao's camera shows another angle of the Floyd arrest and restraint, and interaction with bystanders. 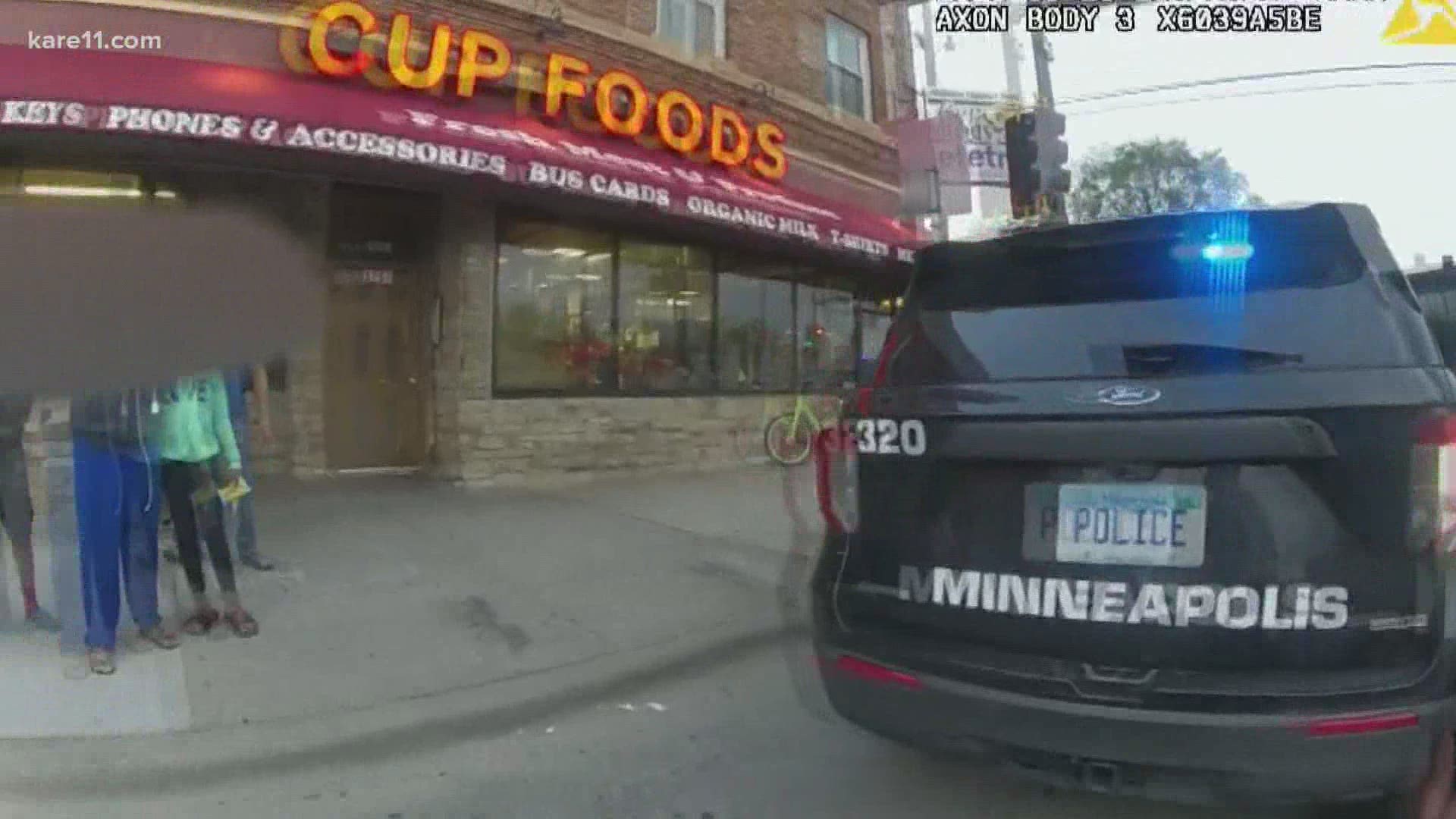 MINNEAPOLIS — A Hennepin County judge has released more body camera footage to the public in the death of George Floyd.

The footage from former officer Tou Thao's body-worn camera shows another angle of Floyd's arrest in late May, as well as Thao's interactions with bystanders who watched everything unfold.

KARE 11 obtained a copy of the body camera videos Wednesday. The footage can be viewed in its entirety here. (Warning: These videos include graphic content and language.)

Footage previously released from Lane and Kueng's body cameras showed their initial interaction with Floyd outside Cup Foods at 38th and Chicago on May 25, as well as their attempts to place Floyd inside their squad car.

The newly released footage from Thao's camera shows his arrival on the scene along with Chauvin's arrival, and their attempts to assist Lane and Kueng with getting Floyd inside the squad car.

The footage goes on to show Thao standing nearby as Chauvin places his knee on Floyd's neck. As Floyd remains under restraint, Thao then turns to bystanders on the nearby sidewalk.

"He is human, bro," one bystander can be heard saying about seven minutes into the footage, as Floyd is heard moaning on the ground..

"I'm saying, you could put him in the car," the bystander says.

"We tried that for 10 minutes," Thao responds.

About three minutes later in the footage, a woman claiming to be a Minneapolis firefighter asks if Floyd has a pulse, but Thao orders her to "back off" from the street.

Thao's camera and attention remains focused on the bystanders, even as Floyd is loaded into an ambulance. The footage then shows Thao attempting to help secure the scene until he's told he can deactivate his camera.

In late July, defense attorney Robert Paule filed a motion to dismiss the charges against Thao, claiming prosecutors have failed to show probable cause that that Thao "knew former officer Derek Chauvin and others were going to commit a crime and ... intended his presence or actions to further the commission of that crime."

The state is now seeking to combine the cases of all four officers into one trial.