"The outcomes of our structural racism system is evident in every aspect of the economy in Minneapolis," Hansen said. 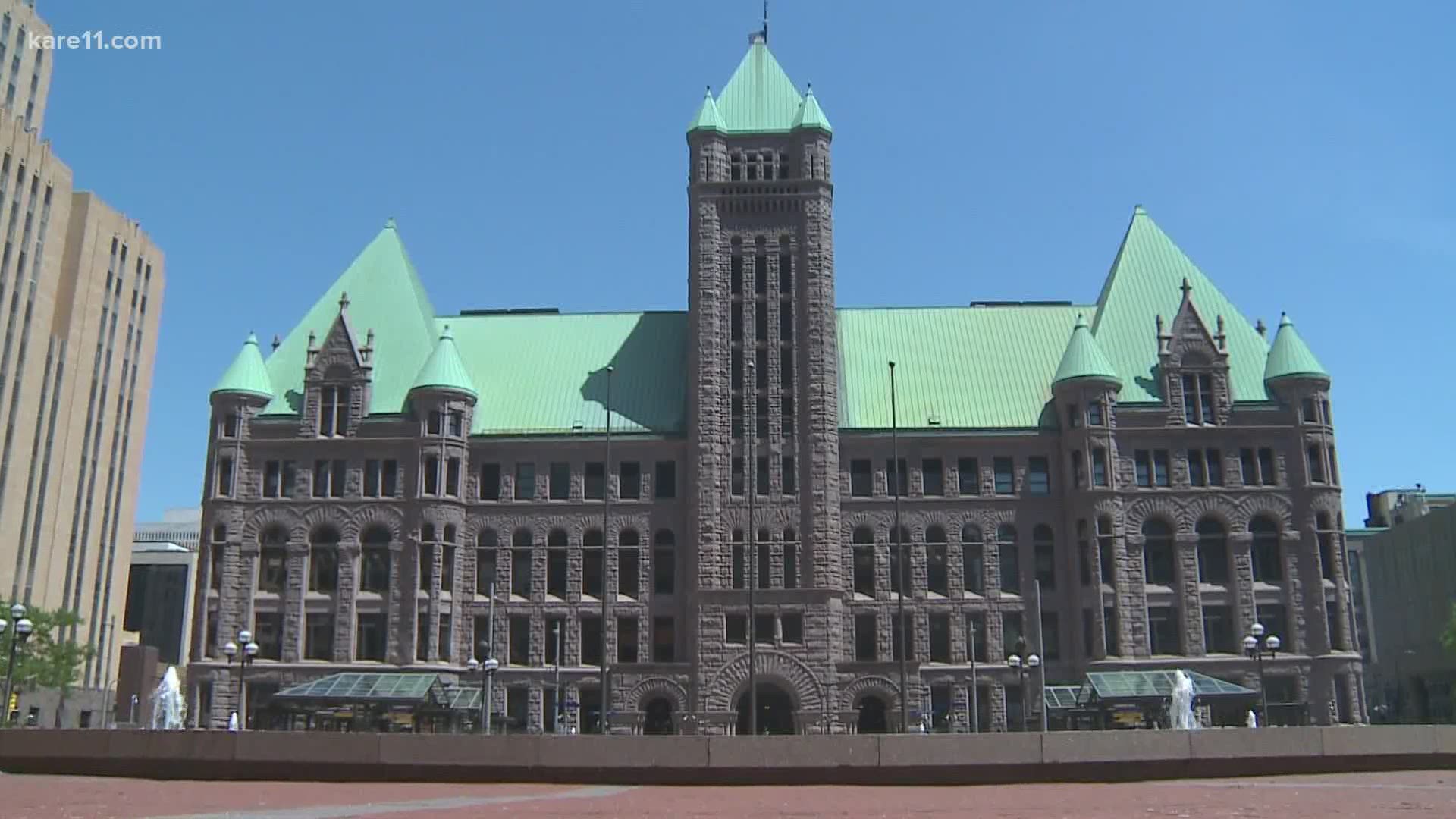 MINNEAPOLIS — Minneapolis city leaders outlined the actions they are taking in terms of recovery efforts related to civil unrest, systematic racism and COVID-19.Director of Economic Policy and Development Erik Hansen said that unemployment is currently having a larger impact on people who are young, black and without a high school degree.

"The outcomes of our structural racism system is evident in every aspect of the economy in Minneapolis," Hansen said.

Hansen said there are resources available for those who are impacted by the loss of employment due to the pandemic or civil unrest. Minnesota Works is available for career help. Another resource is the city's Technical Assistance Program, with community-based organizations that are ready for businesses to call them for advice.

Director of Economic Policy and Development Erik Hansen said at a Tuesday press conference that he was tasked with evaluating the damage of structures in the city. Poor advised owners of structures that were damaged to contact their insurance for help with coverage. He also reminded owners to check on their electricity and gas services since they may have been cut to prevent any accidents There will be a line for the zoning office that will be dedicated to answering people's questions on rebuilding damaged property. The phone number will be available on the city's website starting Wednesday.

Director of Housing Policy Andrea Brennan said the city was already facing a housing crisis before COVID-19 came along. The city is set to double down investments on affordable housing.

In late May, a group of private volunteers had secured shelter at the Midtown Sheraton Hotel for people experiencing homelessness. Last week, the owner of the hotel told the people living there that they had to leave. Some residents refused to leave and the city had to intervene to secure the site. Many of the residents who were displaced are now in a growing encampment at Powderhorn Park.

Brennan said the city will be providing services such as sanitation for people living in the encampment.

Properties that have been identified as having been damaged during recent civil unrest may be eligible for property tax abatement and credit for taxes paid in 2020 and 2021, officials said.

If property owners have not been contacted by June 21 about their credit or abatement qualification, they should call 612-673-5959.

Commissioner of Health Gretchen Musicant said the city has made an effort to make testing available to those who participated in the demonstrations. Advisers have also been aiding business owners in developing reopening plans during the pandemic and following the civil unrest.

Musicant said they have not seen an uptick in COVID-19 cases following protests and said she was "heartened" by the number of people she saw wearing a mask.

RELATED: US expects insurers to cover COVID vaccine without copays

RELATED: How to support black-owned businesses in Minnesota