A recent city survey of those who live in the neighborhood shows 65% of them want to see the roads reopened, while 24% say justice must come first. 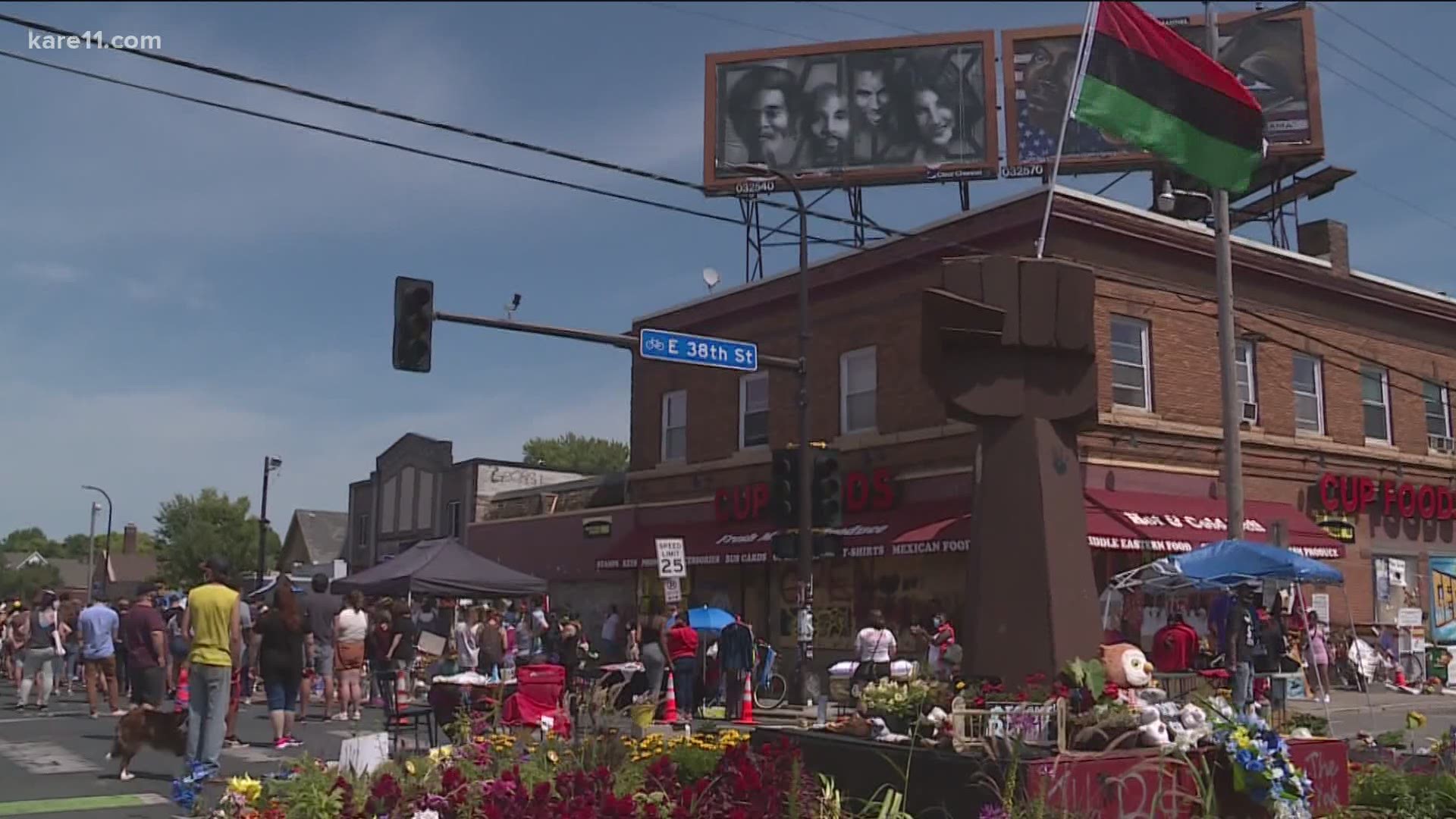 MINNEAPOLIS — For some, the intersection of 38th and Chicago in Minneapolis has become the epicenter that sparked a global call for change and racial justice in the wake of George Floyd’s death.

While for others, who call the area home like Minneapolis city council Vice President Andrea Jenkins, it's become controversial territory, specifically in regards to the intersection’s future.

A recent city survey of those who live in the neighborhood shows 65% of them want to see the roads reopened, while 24% say justice must come first.

"What we’re trying to do is just understand what the people in this area have in mind," said Vice President Jenkins.

While the intersection’s future sits in limbo, city leaders say hundreds of people are expected to venture to the area for various gatherings in the coming weeks.

This will all be happening amid a time when the intersection, Jenkins says, has become an escape for criminals.

"Every criminal almost in the state is fleeing to 38th and Chicago because they feel like they are not going to be arrested," said Jenkins. She went on to say, "I just think people should be really aware of their surroundings. I can't guarantee anybody anything but I think if you want to be apart of this movement then you have to come there.”

A movement, Jenkins says, has brought with it a change for the better.

"Community is being built, people who have felt like they have not been apart of society are in roles, in positions where they now feel they are contributing to this broader quest for justice and liberation for Black people," said Jenkins. "That's a beautiful thing.”

Jenkins says while safety is never a guarantee anywhere, she hopes the movement sparked at 38th and Chicago, lends itself to the healing process for those near and far.

"This is a neighborhood, people live here, people work here you know people have their whole businesses here so I really do hope people come down here and support these Black businesses," said Jenkins.

City leaders say extra policing will not be enforced at 38th and Chicago during the trial, but say they will respond to the area if there's an emergency.