'Sounds of Blackness' release call to action and anthem

Movements have anthems and music that will help teach children about this moment in history. Songwriters use music to fight for equality. 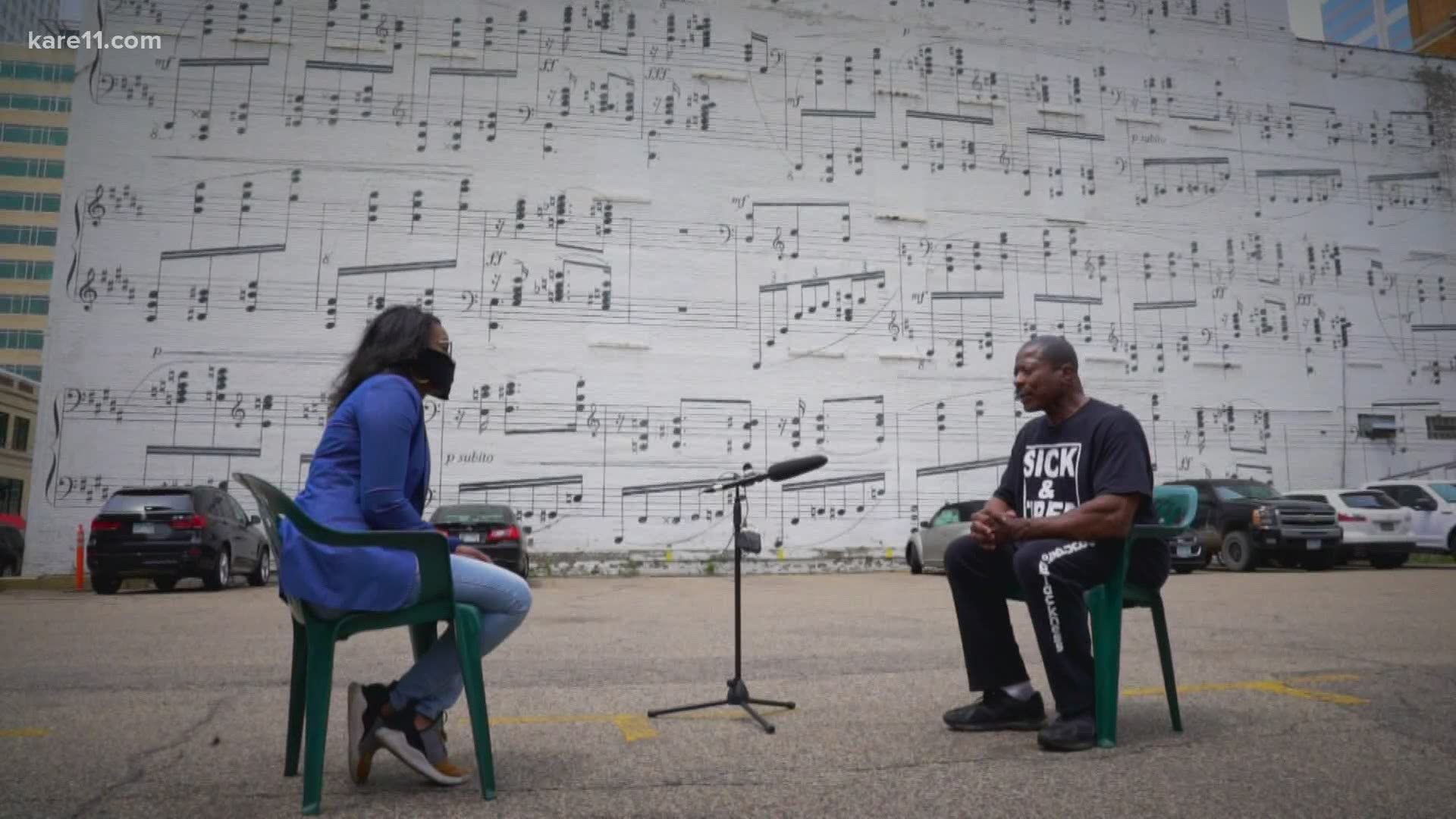 Years from now, music will help teach children about this moment in history. Long before the death of George Floyd, artists and songwriters used music to fight for equality and justice. Enslaved Blacks used spirituals to communicate.

"Going back a few years before that, the primary anthem of the Civil Rghts Movement (of the 60's), was we shall overcome," Gary  Hines said."The movements have always had an anthem."

Gary Hines is the director and producer for the national recording group, Sounds of Blackness. The group, which has won three Grammy Awards, will release a new song, "Sick and TIred" on Junteenth - the holiday commemorating the end of slavery.

Hines shared a portion of the song with us -- and the inspiration.

"When George Floyd was murdered, I was at the protest nightly. On the first night I was at a protest, I'll never forget this, a white young lady came up to me and she just recognized me from Sounds of Blackness. She said, 'Mr. Sounds of Blackness, I know Sounds of Blackness is going to do some music about this,'" Hines said. "And she said, 'But please, don't make it too happy. Express what people are feeling.'  And the first thing that came to my mind, sick and tired of being sick and tired. I gotta give credit toe Fannie Lou Hamer."

The phrase "Sick and tired of being sick and tired"  was coined by civil rights activist Fannie Lou Hamer who led voting drives. She used the phrase while testifying and it resonated with people across the world. That was nearly 50 years ago, Hines said.

For this song, you also hear the voices of students from the High School for Recording Arts in St. Paul.

The latest song calls off the names of men and women killed by police.

"When we say sick and tired we are not just talking about those instances, although they were warranted, we are talking about 400 years of it and everything that represents," Hines said.

This week, national headlines show black men across the country that have been found hanged. In the 1930's, Billie Holliday protested lynching’s with her song "Strange Fruit."

Since then,"Strange Fruit" has been sampled and remade by artists including Jill Scott, Nina Simone and Andra Day.

And no matter how difficult, Hines said the latest language is worth learning. Hines said the group has turned down requests to collaborate with other artists because they song choice "was too happy" and talked about "hand holding."

"We have to deal with this issue before we can hold hands and be happy," Hines said.

"Sick and TIred" will be available on all online outlets by July 1.