Minneapolis neighborhood heals after the loss of George Floyd

"What I want to come from all of this is nothing short of a revolution," said one man who lives near the spot where George Floyd died. 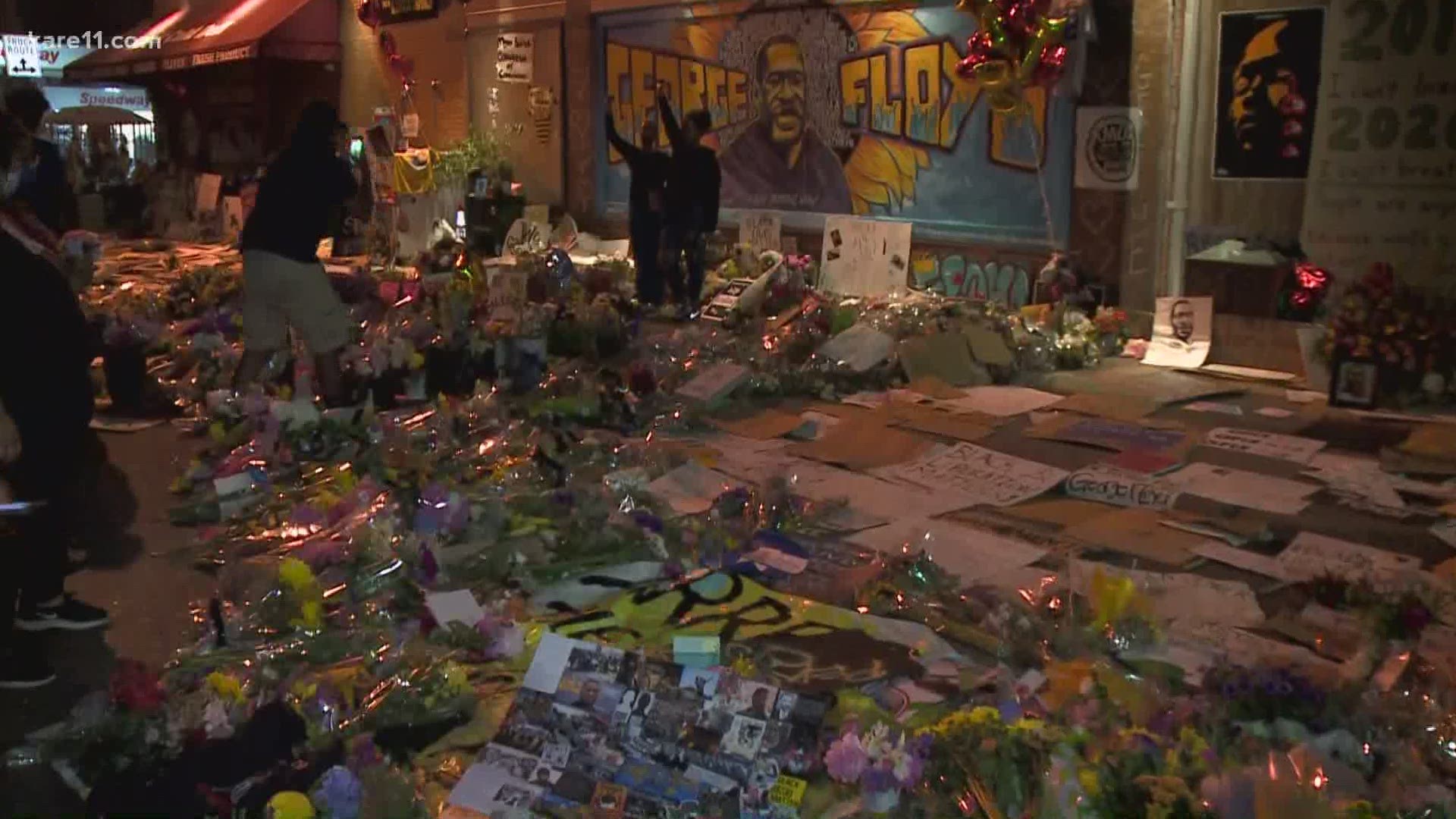 MINNEAPOLIS — More than a week after George Floyd's death, people continue to visit the scene of his final moments at 38th & Chicago in Minneapolis.

"I want to thank all of y'all for coming out and supporting my father and my family, we gone get justice," said George Floyd's son, Quincy Floyd.

On the same street where George Floyd was killed 10 days ago, joy and pain collide and it's become a place where lives seemingly forgotten now find a sense of belonging.

Some might say we’re witnessing history in the making as people from all walks of life, races and creeds are brought together by the loss of a man who’s story some say is now changing life as we know it, one day at a time.

"George Floyd changed the world in 2020," said Gail Mattey, who lives in Minneapolis.

"Its amazing to see everybody out here showing love showing support," said Sean from Apple Valley.

"What I want to come from all of this is nothing short of a revolution and it is a revolutionary thought to say my life has value," said Howard.

Who would’ve thought 38th and Chicago would become such a sacred place of healing and reflection amid one of the darkest moments in the city’s history?

For Howard, who lives just feet away from where Floyd was killed, the uprising echoing through the intersection is serving as a sign of hope, a sign of better days to come.

"I'm willing to deal with the marchers and the parkers and the chants of George Floyd all through the night if I could get a little bit of justice out of this," said Howard.

A little bit of justice stemming from a sacred place where joy and pain collide.

"I just want some peace I want there to be peace in the world, I want everybody to love everybody, it shouldn’t matter what race, ethnicity," said Sean.