Iron Sharpening Iron is a workout program that uses physical activity to help men cope with the many emotions that have come with the Derek Chauvin trial. 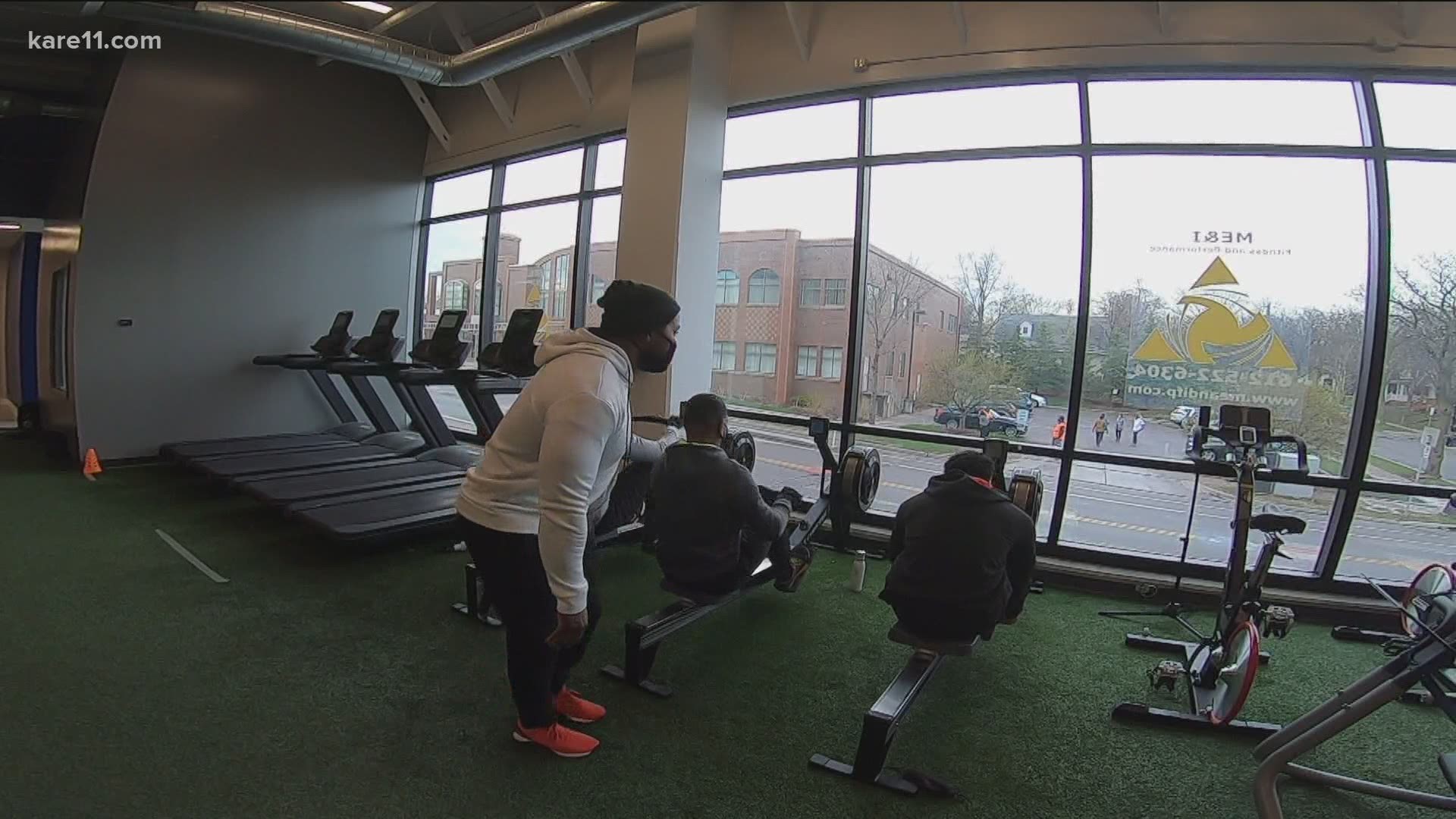 MINNEAPOLIS — Minneapolis men are helping other men use their physical health to treat their mental health when it comes to the death of George Floyd.

The help involves challenging their body during a serious workout. The men use exercise to get emotionally stronger while taking care of their physical selves.

The men are now the first participants in the Iron Sharpening Iron program. It's a workout to help with the rollercoaster of emotions they're experiencing because of the televised trial of Derek Chauvin in the death of George Floyd.

Olueamidele Olusamy has always wanted to keep in shape anyway. The Iron Sharpening Iron training he is now doing helps him, and more importantly, others feeling like he is as a Minnesotan.

"Naturally a number of things come out when you begin to work out," Olusamy said. "You begin to be around other men of color to discuss your problems, what are you going through? That in itself is therapeutic."

Minnesotans are re-living Floyd's death as fired Minneapolis Police officer Derek Chauvin stands trial for his murder. The prosecutors are using the Facebook video recorded by a 17-year-old girl who walked her 9-year-old niece to the store at 38th and Chicago Avenue in Minneapolis, and stumbled upon Floyd's deadly arrest. Now, almost a year later, the world watched the 9-year-old and the rest of the curbside eyewitnesses all testify in court.

The impact of the trial has forced Minneapolis men like Sam Ndely to confront what they're feeling. Right now, he is the youngest participant at age 39 participating in the program. Ndely's emotions have been all over the place from time to time. Seeing the video involving Derek Chauvin with his knee on the neck of Floyd just doesn't make sense to him. He shared with KARE 11 some of the emotions he is dealing with since Floyd's death.

"I would say, frustration, anger, sorrow, and confusion," he said.

So when Ndely got the invite to participate in Iron Sharpening Iron, he jumped at the offer. Despite the physical exhaustion, it's helping Ndely cope.

Marques Armstrong started Iron Sharpening Iron and hopes to recruit other men to this different kind of therapy. Since the program is taking place at a local gym, it's his desire that more young men and even older men will join in. Armstrong also plans to give participants nutritional and dietary information to help them with making better eating habits.

"Iron sharpening Iron is a physical fitness trauma program," Armstrong said. "It's designed for black men, but any man of color can come and join this program."

The Iron Sharpening Iron program takes place at M, E & I Fitness Center. Anyone interested in joining the program can do so by visiting the website: www.love-hope-healing.com.