Now that sentencing is over, Chauvin still faces federal charges

Chauvin can appeal his state conviction, but some legal experts predict he'll try to strike a federal plea bargain before that happens. 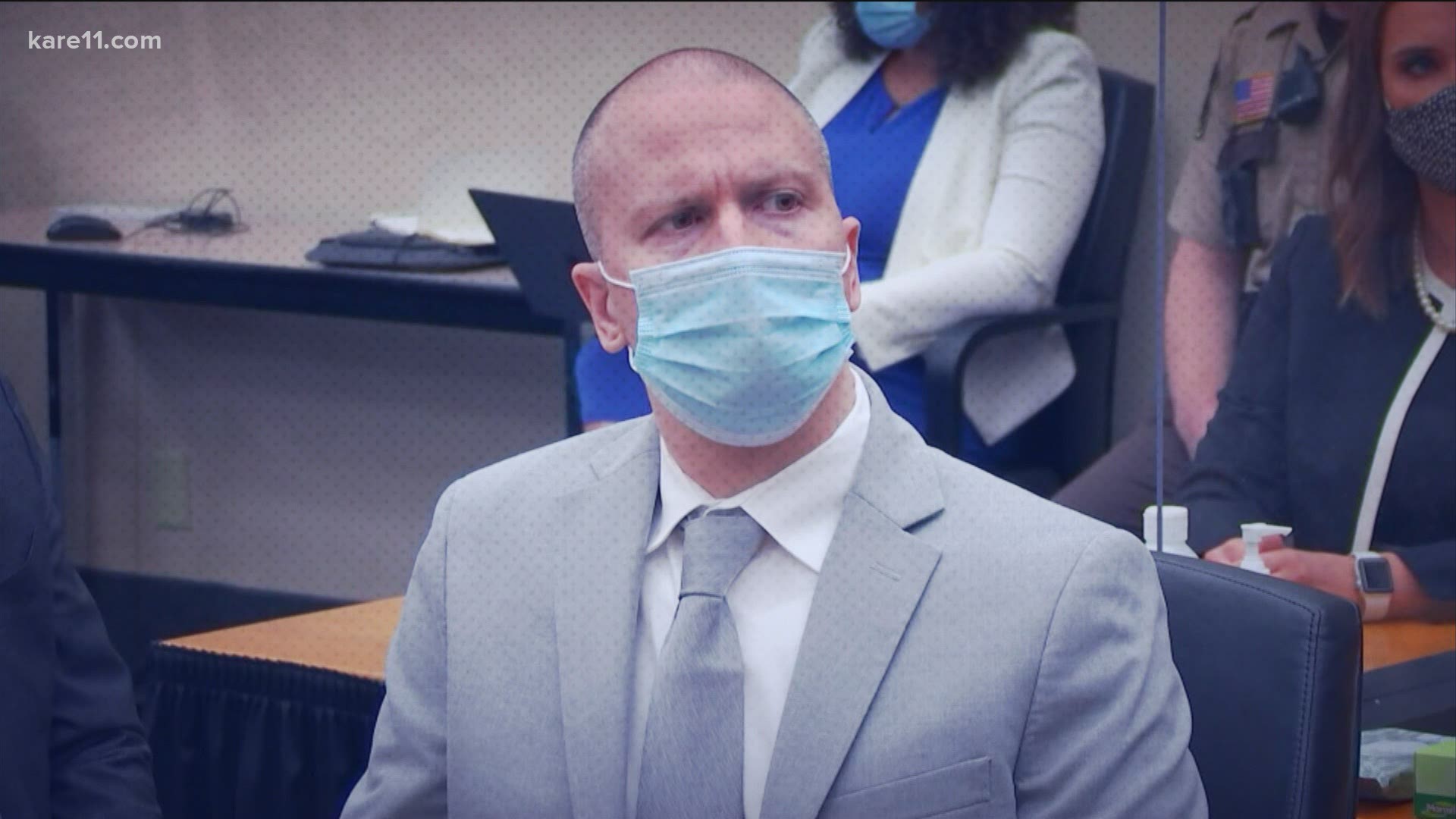 MINNEAPOLIS — Now that a judge sentenced him to 22.5 years in prison on a state murder conviction, former Minneapolis Police officer Derek Chauvin can appeal, as many defendants often do.

But he may never reach that point, according to multiple legal experts who spoke with KARE 11 on Friday.

It all depends on what happens with Chauvin's looming federal case, which separately accuses him of violating Floyd's civil rights (and another teenager's in 2017). He's set for arraignment in September, along with the three other former officers who responded to 38th and Chicago on May 25, 2020.

"I still think he's going to end up with a federal deal and end up in federal prison," said Michael Bryant of Bradshaw and Bryant, which was not involved in the Chauvin case. "So, I don't think it's going to matter."

Bryant and other legal experts told KARE 11 that a federal plea bargain might include an agreement by Chauvin not to appeal his state conviction. In court, Chauvin seemed to refer to these federal charges when he told the Floyd family: "There's going to be some other information in the future, that would be of interest, and I hope things will give you some peace of mind." Although he mentioned legal matters more generally, Chauvin did not specifically say anything in court about his pending federal case.

"There's the possibility that's what Chauvin meant, when he talked about, 'you're going to hear something that's going to give you comfort,'" Bryant said. "That it's going to be a bigger federal sentence and that he'll serve his time."

BREAKING: Judge Cahill has sentenced Derek Chauvin to 22.5 years in prison (270 months) for the murder of George Floyd, an upward departure of sentencing guidelines due to aggravating factors. pic.twitter.com/Qh3Wx0ZQTw

With Chauvin's state sentencing finished, some of the attention will shift to former officers Thomas Lane, J. Alexander Kueng, and Tou Thao.

Aside from their federal arraignment in September, they're scheduled for a state trial on aiding and abetting charges next March of 2022.

Although it is impossible to speculate, legal experts seem to think there's a strong chance they will also pursue plea bargains.

"All of them are represented by very aggressive attorneys. It's very possible they may look at it now, with the federal charges... and may be able to work out deals, based on what happened with Chauvin in this case," Bryant said. "And I think if there's a deal, you'll see it over the next month or so."

No date has been set on a federal trial for any of the four former officers.