The topic of pre-trial publicity was on the minds of everyone from all four defense attorneys to Judge Peter Cahill and prosecutors. 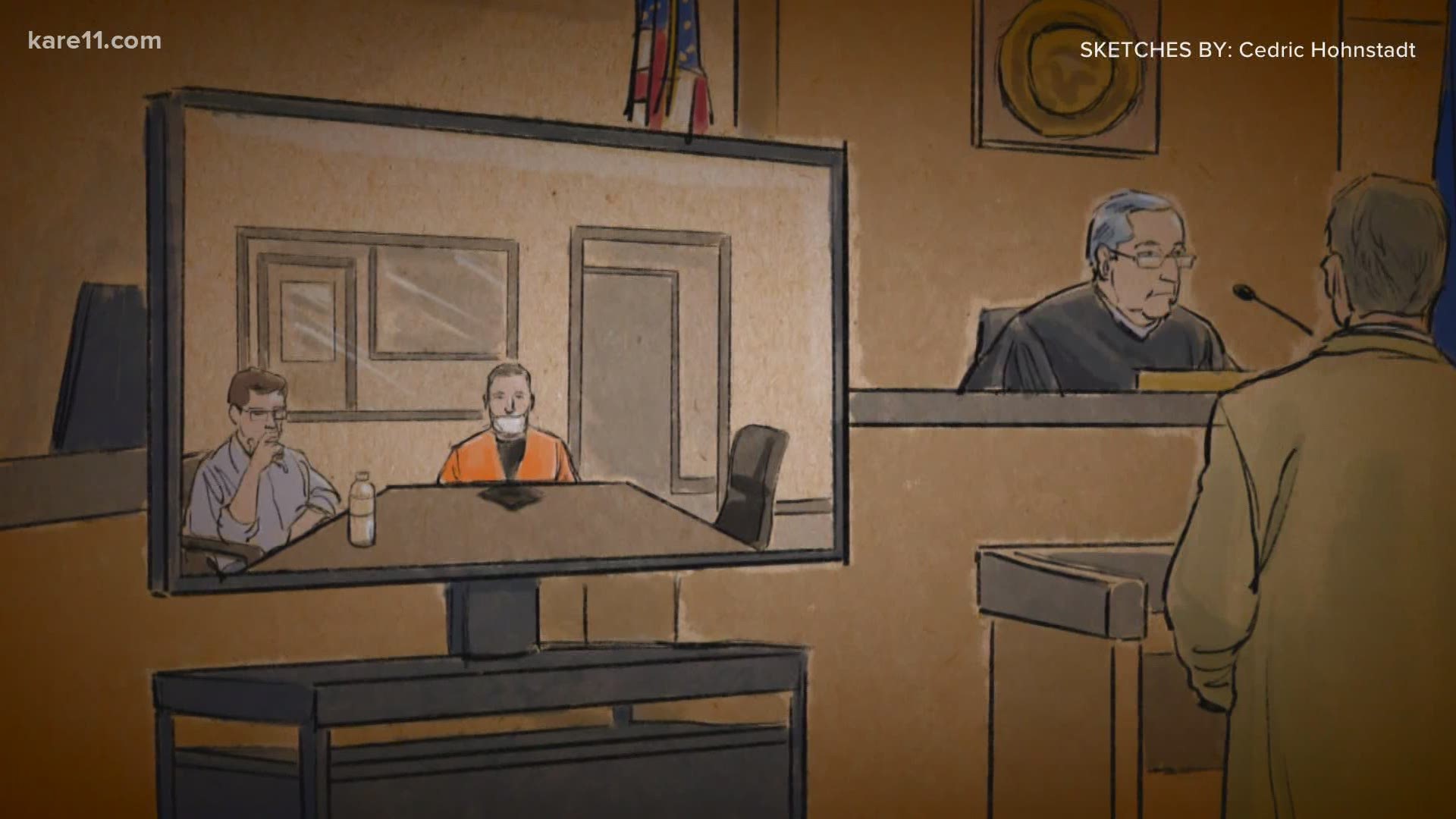 MINNEAPOLIS — The topic of pre-trial publicity took center stage during a hearing Monday for four former Minneapolis police officers involved and charged in the death of George Floyd.

Derek Chauvin, the officer seen on video with his knee in George Floyd's neck, made his appearance via video conference from the Minnesota Correctional Facility at Oak Park Heights. Chauvin is charged with second-degree murder, in addition to third-degree murder and manslaughter.

Tou Thao, J Alexander Kueng and Thomas Lane are all charged with aiding and abetting manslaughter and murder. Kueng and Lane are free on bail, and were seen entering the courthouse with their attorneys. Thao remains in the Hennepin County Jail. 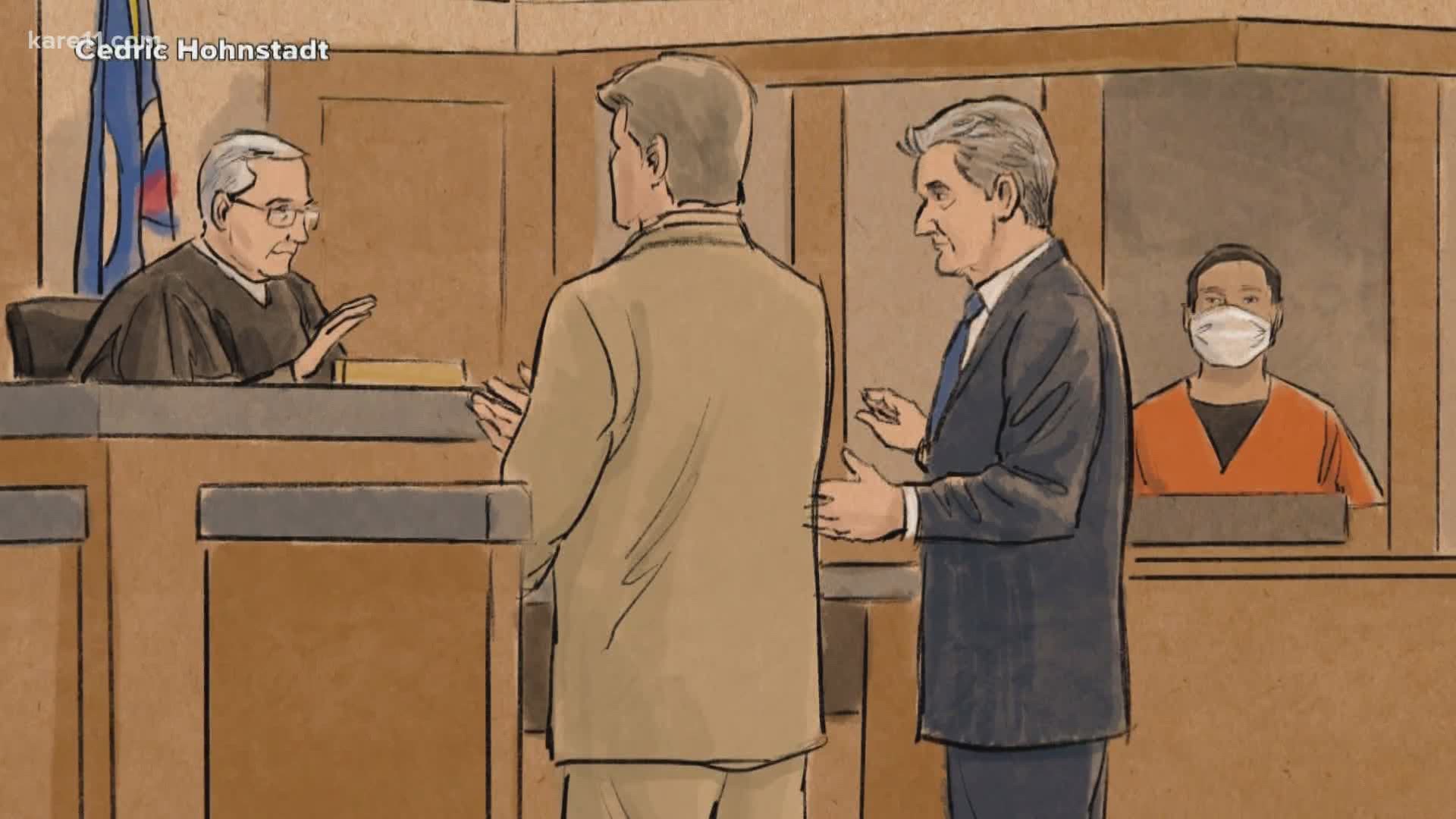 Kueng's attorney filed a document Monday indicating his client will plead not guilty.

Kueng's attorney filed the document indicating that self-defense, reasonable force and authorized use of force will be key defenses in a future not guilty plea

The defendants all appeared separately during the hearing, which took less than an hour to complete. KARE 11's Lou Raguse says all four defense attorneys indicated they would file motions to move the legal proceedings out of Hennepin County, based on pre-trial publicity and statements made by public officials.

Judge Peter Cahill said he was concerned about comments made about the former officers and shared in the media, and made it clear this case is headed to another jurisdiction if they continue. Judge Cahill will also consider whether the four defendants will be tried together, or separately.

KARE 11's Raguse says in at least some of the cases, defense attorneys will file motions to dismiss charges for what they call lack of probable cause and other legal reasons. 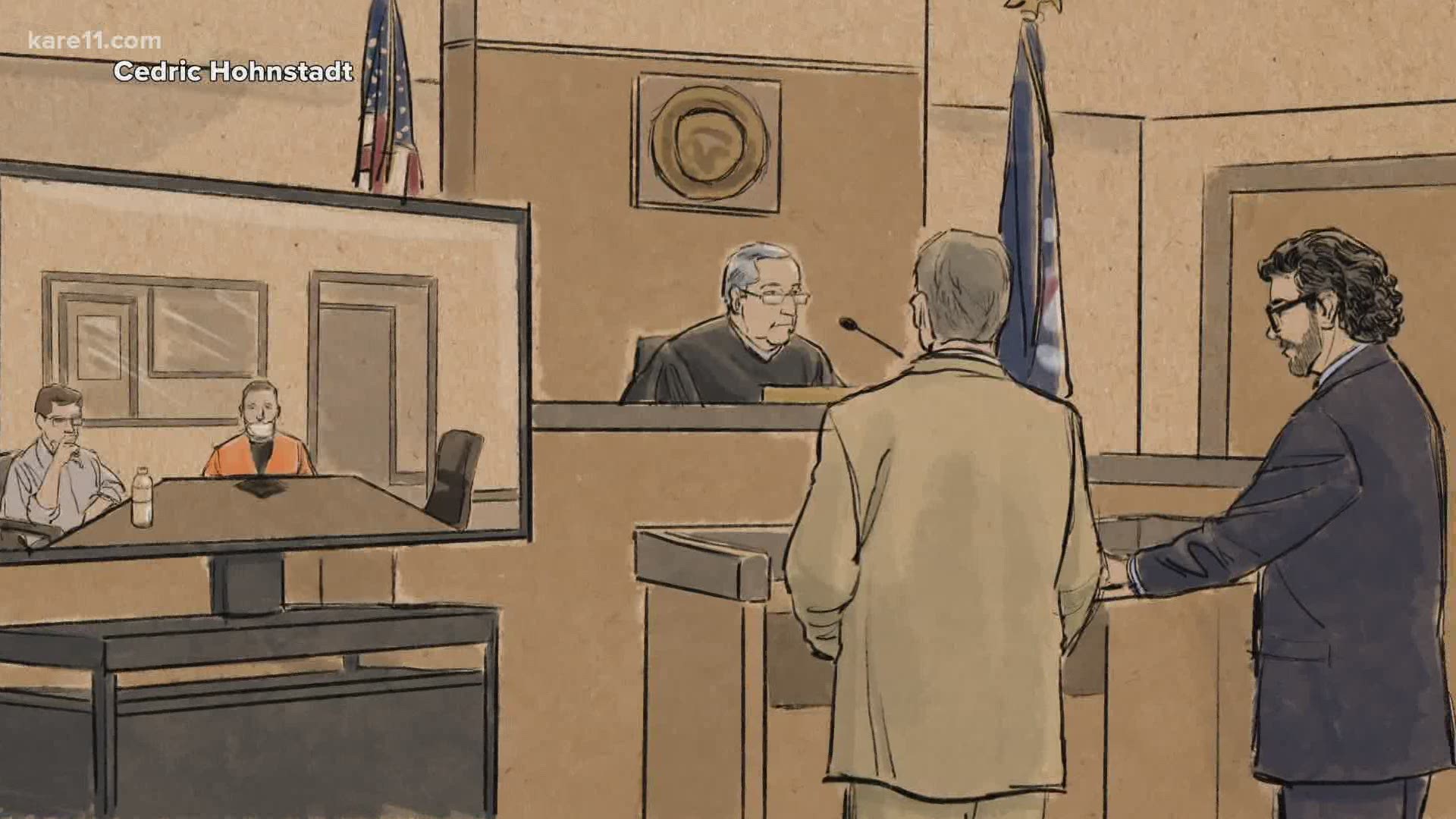 All these motions could be handled at the next hearing, which is scheduled for Sept. 11. The first trial, or a joint one, is set for March 8, 2021.

Even before the hearing began Thomas Plunkett, attorney for defendant J Alexander Kueng, filed an appeal on a decision made by Judge Peter Cahill Friday to deny a motion to allow cameras in the courtroom throughout the entire legal proceedings, including the trial.

In his motion Plunkett argued that the state has “forfeited their statutory right to object to cameras in the courtroom,” pointing to statements made by several officials - Gov. Tim Walz, Mayor Jacob Frey and Police Chief Medaria Arradondo, among others - referring to the actions of the officers as murder.

"Cameras are essential so that the public can see the impact of the state's statements on the proceedings and to insure confidence in the (trial) results," Plunkett maintained in his motion.

During Monday's hearing Judge Cahill said he is still considering the matter of cameras in the courtroom for the upcoming trial or trials, and indicated he has been doing research on livestreaming. He again stated there will be no cameras during pre-trial proceedings. 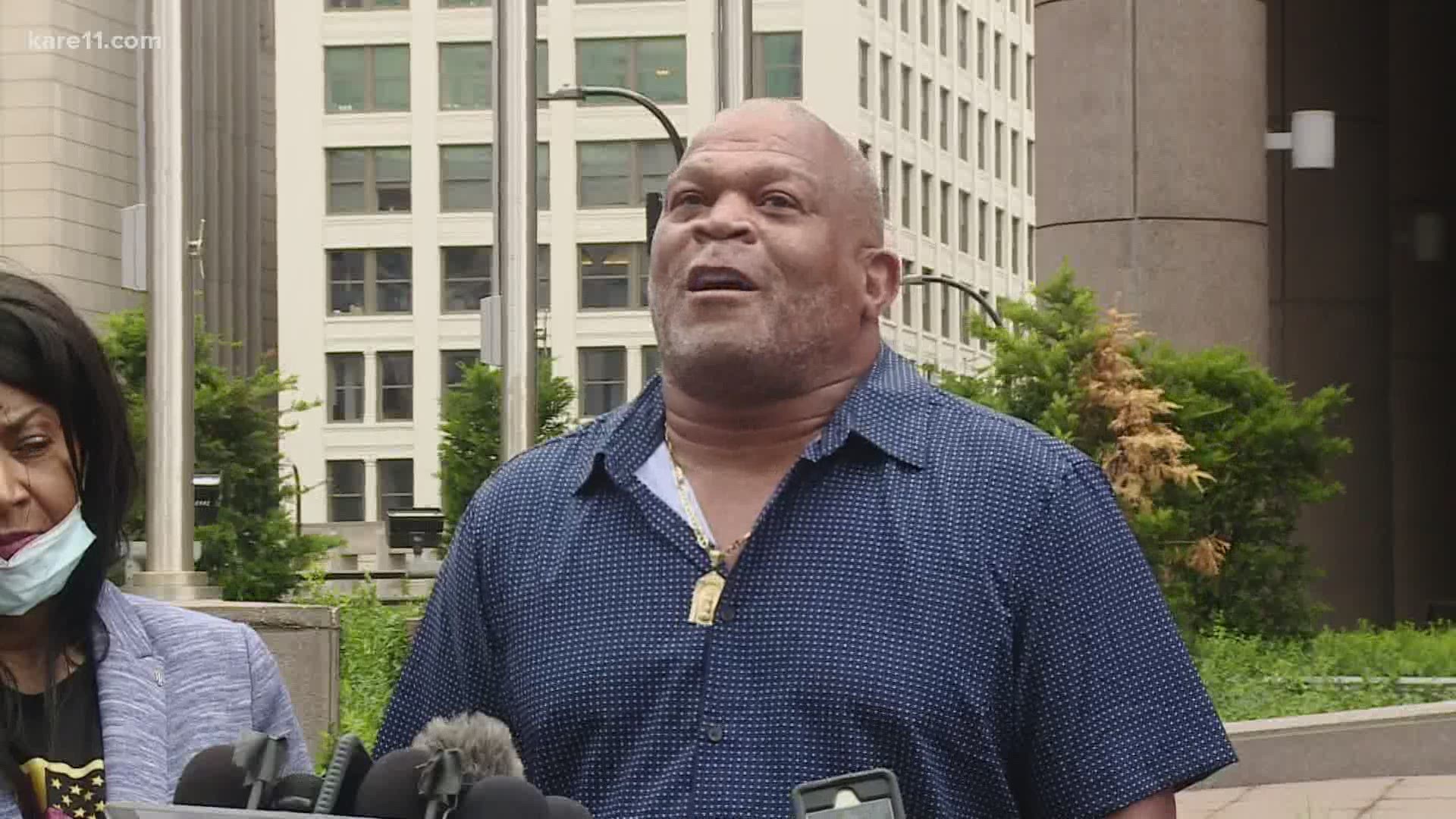 Tou Thao's attorney, Robert Paule, was most spirited while addressing the issue of pre-trial publicity, telling the courtroom no other case in Minnesota history has received this much media attention. Paule said there are those savvy enough to use the media to advance their own agenda.

"They are more than likely pushing this trial to a different venue if they (public officials) continue to do so," the judge told lead prosecutor Matthew Frank. "More likely to push it out of Hennepin County, and they need to be aware of that."

"We are just as interested in a fair trial here as anybody," Frank responded. "We have done our best to make the court’s point to (Minneapolis officials) in hopes of putting an end to it as well. Legally we don’t have control over them."

Cahill ended the discussion by saying that a gag order or more likely, a change of venue, will result if comments about guilt or innocence or the merits of the case continue.

After the hearing, George Floyd's aunt and uncle expressed frustration with the process, saying while they understand the need for fair trials, it is also clear to them what millions of people across the world saw on video.

"This is just absolutely insane that we all are gathered here to talk about my nephew getting murdered by a damn madman in the middle of the street for what reason? Because of the color of his skin," said Floyd's uncle Selwyn Jones.

"We’re just taking one day at a time. We have to go through the process," added Floyd's Aunt Angela Harrelson. "The family is frustrated. We’re dealing with frustration, we’re also dealing with the grief process, and we’re just trying to just deal."

The Minneapolis Police Federation says it no longer supports Chauvin and won't contest his firing, but his legal defense for the criminal case will still be covered by the Minnesota Police and Peace Officers Association, because MPD is a member in good standing.

RELATED: Chauvin's legal defense covered; but labor case is not

The three other fired officers will also have their legal fees covered.

However, the officers' criminal cases are separate from their labor cases. When it comes to their firings, the union so far indicates it will support the other three officers, Thao, Kueng and Lane, for now. If they continue to, the case will likely go before an arbitrator.