The Sheraton in Midtown had become a homeless shelter for about 200 people, but they've apparently been asked to leave. 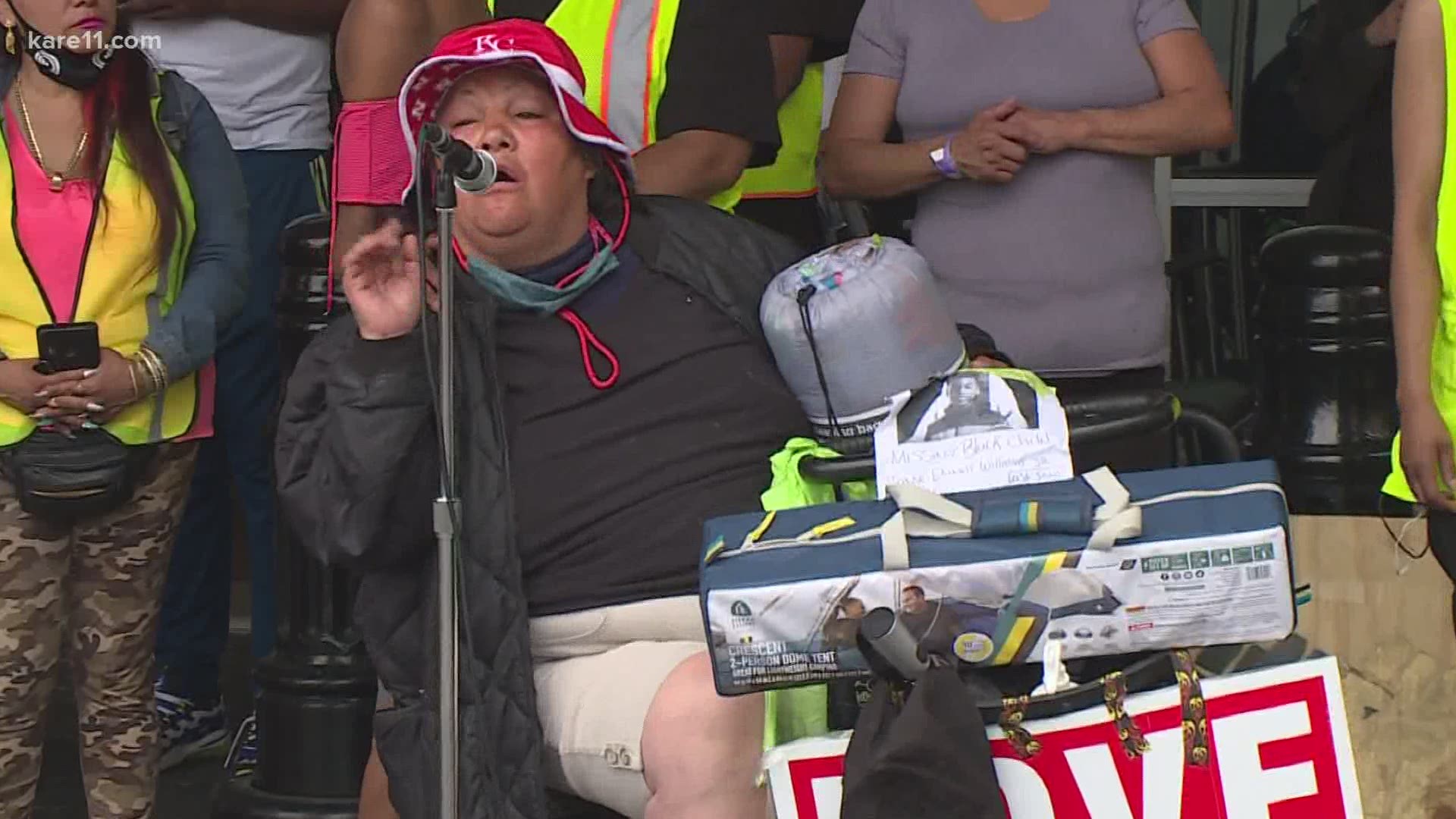 MINNEAPOLIS — At least 200 people fear they may lose their makeshift homeless shelter after the owner of the Sheraton hotel in Midtown asked people to leave on Tuesday, according to organizers, volunteers and residents.

The owner did not respond to KARE 11’s request for comment, but residents said in a press conference Tuesday afternoon that they might be forced to sleep in the streets again. Many of them had been living in a homeless encampment off Hiawatha until late-night fires and looting erupted in their neighborhood around the Third Precinct after the killing of George Floyd, forcing them to find safety at the Sheraton site that was not housing guests.

“We need someone to petition with the owner of this place, to bring some order to it and keep these doors open,” one resident said. “We literally have nowhere to go. What happens next when I’m on the streets again tonight?”

With the assistance of the hotel owner, volunteers had taken the lead on the site and garnered some national media attention for their creative efforts to help the most vulnerable residents of South Minneapolis.

After learning that the owner had apparently evacuated residents – or asked them to leave in some form – multiple state lawmakers became involved. State Senator Patricia Torres Ray and Rep. Hodan Hassan both attended Tuesday’s news conference and addressed the ongoing affordable housing crisis that plagues the Twin Cities.

“We need resources to help this community,” Torres Ray said. “We cannot continue to talk about being Minnesota nice, about the best indicators for children for education for the economy, when we have the deep disparities that exist in this state. Enough is enough.”

But it remains unclear what will happen to the residents at the former Sheraton site.

“The people that live here, I live here with them,” one said. “And I want you to understand that we need housing.”

MORE NEWS: A look at the history of racial covenants and housing discrimination in Minneapolis

MORE NEWS: 'He is going to change the world': Funeral held for George Floyd