“Here we go again,” were the words spoken by Valerie when she learned Floyd died in police custody. 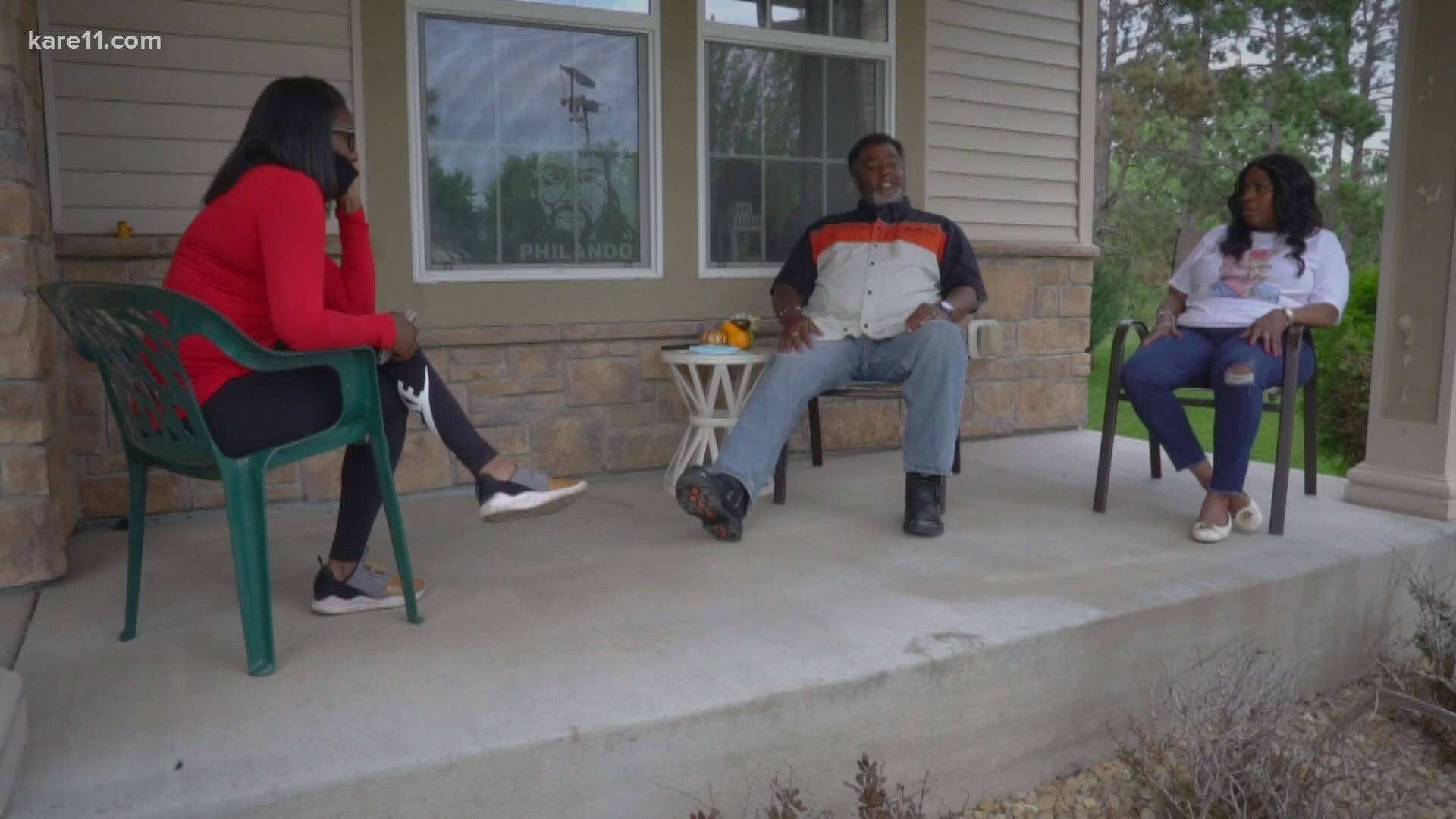 A cellphone camera captured the killing of George Floyd.

Valerie Castile and her brother, Clarence, lived the journey the family of George Floyd now walks. Valerie's son, Philando, was shot and killed by a St. Anthony Police officer four years before Floyd.

“Here we go again,” were the words spoken by Valerie when she learned Floyd died in police custody. “It was just as bad as Philando. We work so hard to get it right so it wouldn't happen again."

What happened to Mr. Floyd was the straw that broke the camel's back she said, followed by questions: Are we supposed to suppress that emotion again? How much more can you hold in? Once you are emotionally backed into a corner there is nothing else you can do. It's either fight or flight and the people came out fighting.

“Minnesota always wants to be nice; Minnesota has got to be right,” he said.

“They're obviously collecting dust somewhere. Because out of all these groups and panels and recommendations nobody has implemented any of it,” she said.

And the Castile family says the fight for justice extends beyond policing. They  say former Minneapolis Police Officer Mohamed Noor's conviction is a bold example of inequality and racism.

Noor, Somali American is serving a 12.5 year sentence for the death of Justine Damond.

“The ultimate sin boo-boo. Black man kills white woman. Oh, you are going to jail,” she said. “You could see that a mile away. The union wasn’t supporting him. He was fired right away.”

Noor told investigators he said he feared for his life when he shot Damond.

“Thing is, when that cop killed Philando, they had all the evidence you could ever have. The plate was full. Video. Audio. Witness,” said Clarence Castile. “Noor, they had nothing.”

What if the officers charged in the death of George Floyd aren't found guilty?
Valerie Castile said more of what the world witnessed in the days following the killing of Floyd.

“When it first happened, the Governor did call me. And he asked me what do I think was going to happen. And I said, 'Oh, they are going to F— some S— up.'”

Her brother said the unrest terrifies him.

“I don't like the idea of rioting and destroying your own community,” Clarence Castile said. “This is a taste of what it could be like. We have to get it right.”