The Minnesota Police Accountability Act comes after the death of George Floyd. 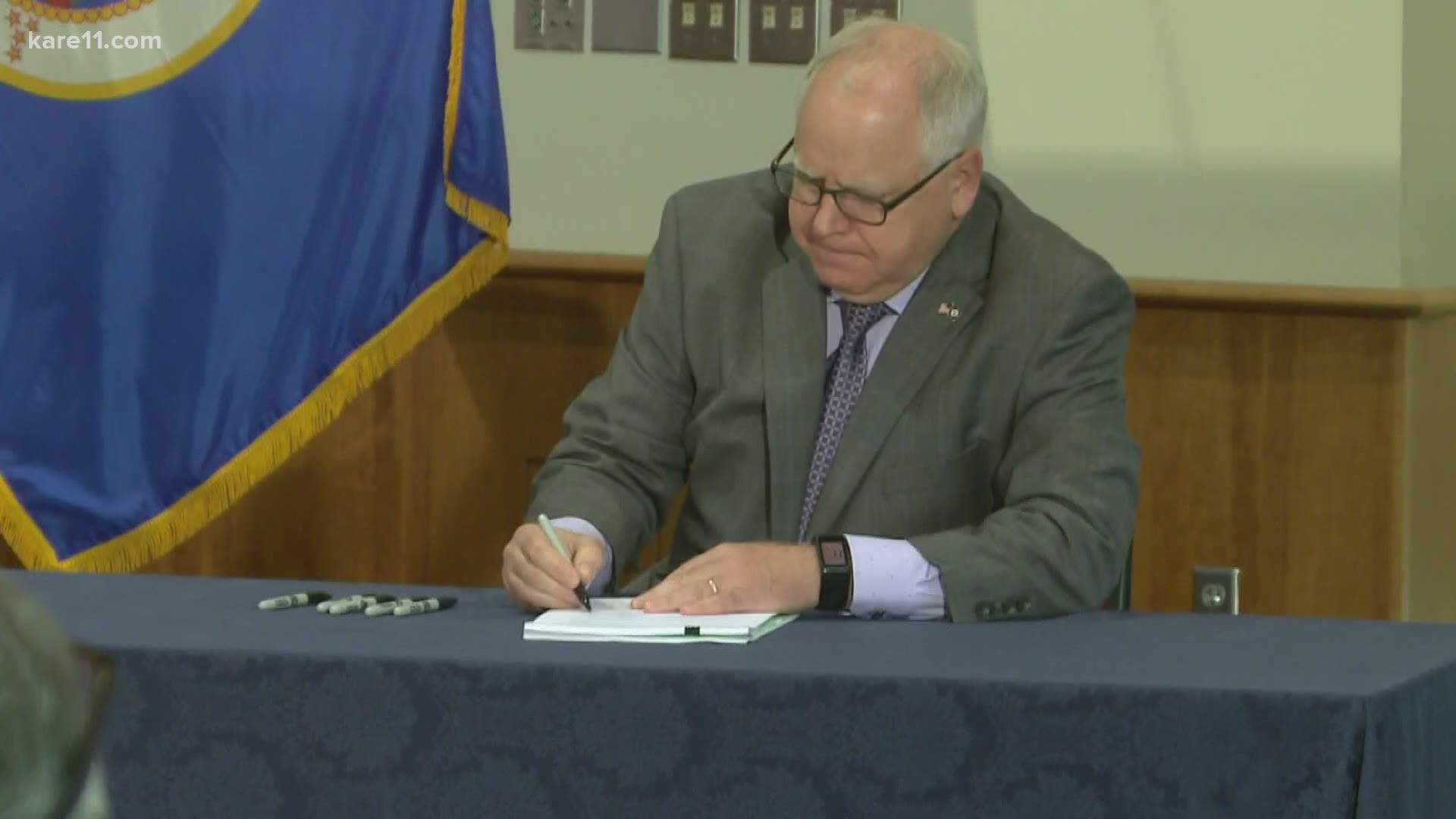 The Police Accountability Act comes in the wake of George Floyd's death.

"This bipartisan piece of legislation moves us towards a critical step towards criminal justice reform," Walz said. "I'm proud that Minnesota is taking these steps and I'm proud now to sign these measures into law."

"The murder of George Floyd laid bare the injustices (that) our law enforcement system does not serve and protect all Minnesotans equally," Lt. Gov. Peggy Flanagan said. "Before George it was Philando and before Philando it was too many names of Black men and women killed at the hands of law enforcement."

Flanagan said the signing of the bill is the first step towards police accountability and reform.

"Our commitment to the people, the families impacted by police violence does not start or end here today," Flanagan said. "This is a first step."

Lawmakers in the House and Senate debated for eight days before reaching consensus on a slate of recommendations aimed at reforming policing in Minnesota.

Key elements of the proposal include:

The list of items in the bill was amended from the original 18 reform ideas put forward by a group of DFL lawmakers who work together under the banner of People of Color and Indigenous, or POCI, Caucus. Those ideas passed the House during the first special session but didn't gain any traction in the Republican-controlled Senate.

Some leaders outside the state capitol are speaking out, including Minneapolis Mayor Jacob Frey. Frey said his city has already implemented most of what is in the bill, including an on-duty ban on warrior-style training and choke holds, and advanced use of force reporting requirements.

“The absence of significant arbitration reform in last night’s agreement represents a missed opportunity to strengthen accountability in departments across our state," Frey said in a written statement. "At the local level, change-oriented leaders like Chief (Medaria) Arradondo will continue to see their ability to effect a culture shift limited without changes to arbitrators’ authority to overturn disciplinary decision for egregious misconduct. People build culture, and we need the tools to more effectively address individual officer behavior."

When asks about the legislation on Wednesday, Walz said, "no piece of legislation is perfect and I wouldn't view it as the end. Has our society changed? As it became apparent we were able to move."

Governor Walz is scheduled to sign the police reform bill into law at 11 a.m. Thursday.

RELATED: Residents near 38th and Chicago say they want their neighborhood back