On the evening of May 27, 2020, a man dressed in all black, carrying an umbrella and a sledgehammer is seen on video walking to an Auto Zone and smashing the windows 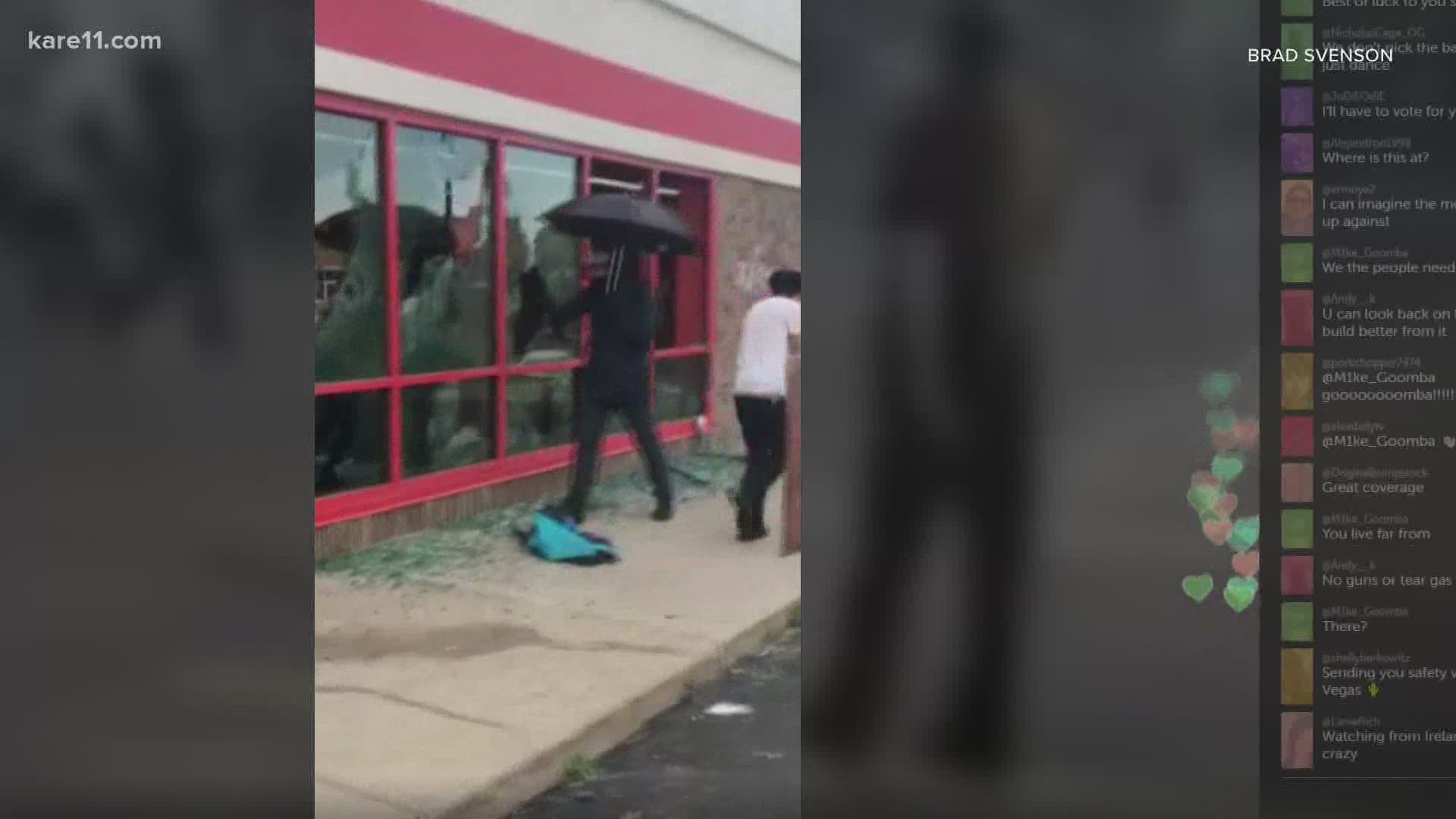 MINNEAPOLIS — An individual dubbed "Umbrella Man" who is seen in social media videos destroying the windows of an Auto Zone in Minneapolis is suspected of being part of the Hell's Angels gang, an associate of the Aryan Cowboys, and escalating tensions of what were peaceful protests following George Floyd's death, police said in a search warrant application.

KARE 11 will not be naming the suspect since he has not been charged.

On the evening of May 27, 2020, a man dressed in all black, carrying an umbrella and a sledgehammer is seen on video walking to an Auto Zone and smashing the windows of the business, police said.

The "Umbrella Man" also sprayed the words "free sh*t for everyone" on the doors of the Auto Zone, police said. The man had a white substance on his right index finger, which matched the white spray used on the doors, the search warrant application reads. 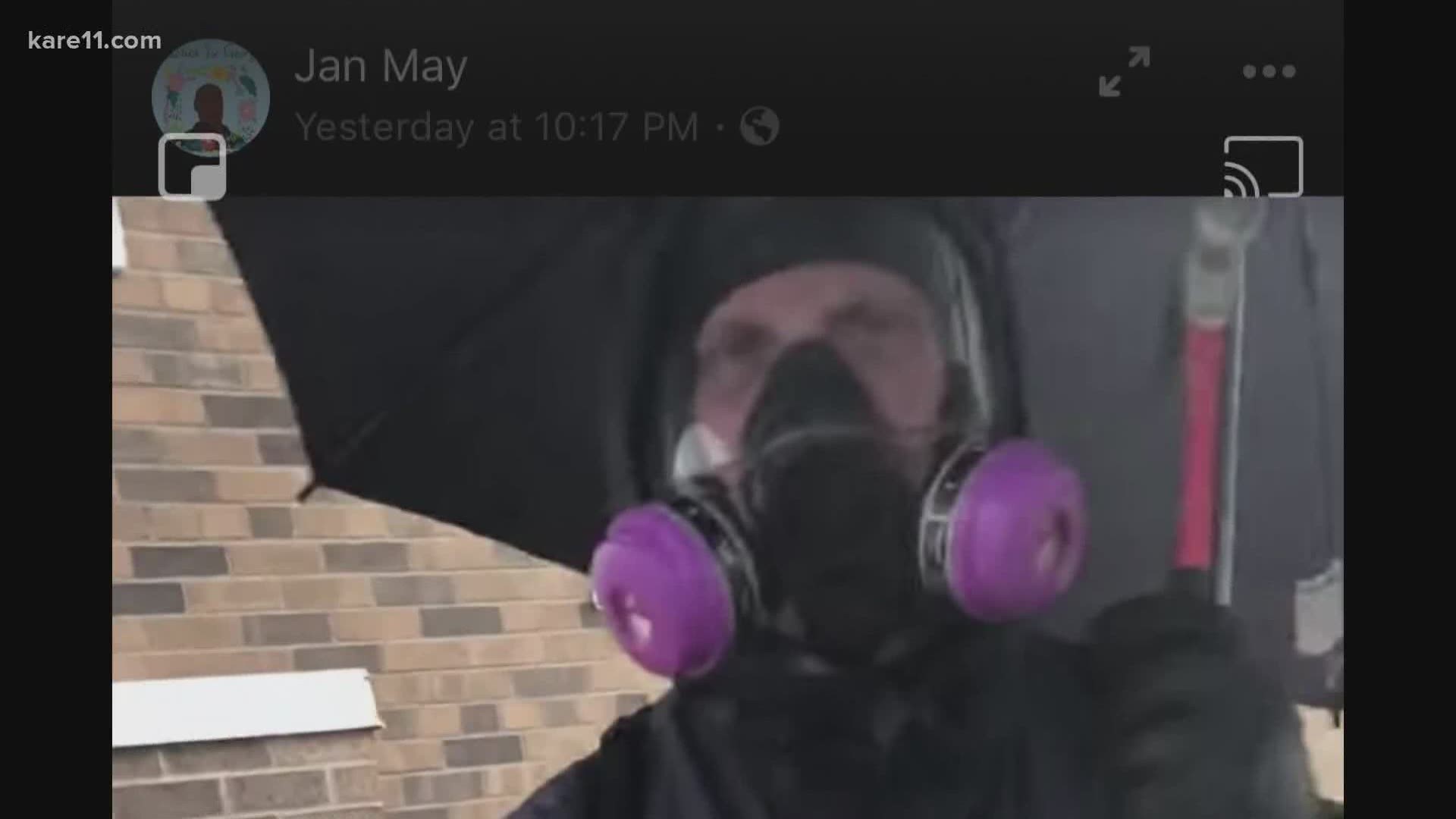 Shortly after the windows of the Auto Zone were broken is when the looting started and then the business was set on fire, police said.

"Until the actions of the person your affiant has been calling 'Umbrella Man,' the protests had been relatively peaceful. The actions of this person created an atmosphere of hostility and tension. Your affiant believes that this individual’s sole aim was to incite violence," the search warrant application states.

Police received an anonymous tip saying the 'Umbrella Man' is a "full-fledged member of the Hell's Angels and is a known associate of the Aryan Cowboys,"  and the investigator was able to confirm these claims.

Authorities have connected the man to an incident in Stillwater where a Muslim woman was harassed by a group of motorcyclists wearing "Aryan Cowboy leather vests," police said.

The individual who is suspected of being the "Umbrella Man," is photographed in the Stillwater incident with the group.

The Minnesota chapter of the Council on American-Islamic Relations announced Wednesday that they are calling for charges to be brought against the 'Umbrella Man.'

"We denounce the suspected white supremacist vandal and his apparent motive of incitement," said CAIR-MN Executive Director Jaylani Hussein. "We call on city officials to join us in condemning his acts, investigate his motivation and possible associates and create the opportunity to rebuild and heal the damage to the communities that the suspected vandal targeted."