Minnesota law says Derek Chauvin’s actions must be viewed through the lens of what a ‘reasonable officer’ in his shoes would do – without 20/20 hindsight. 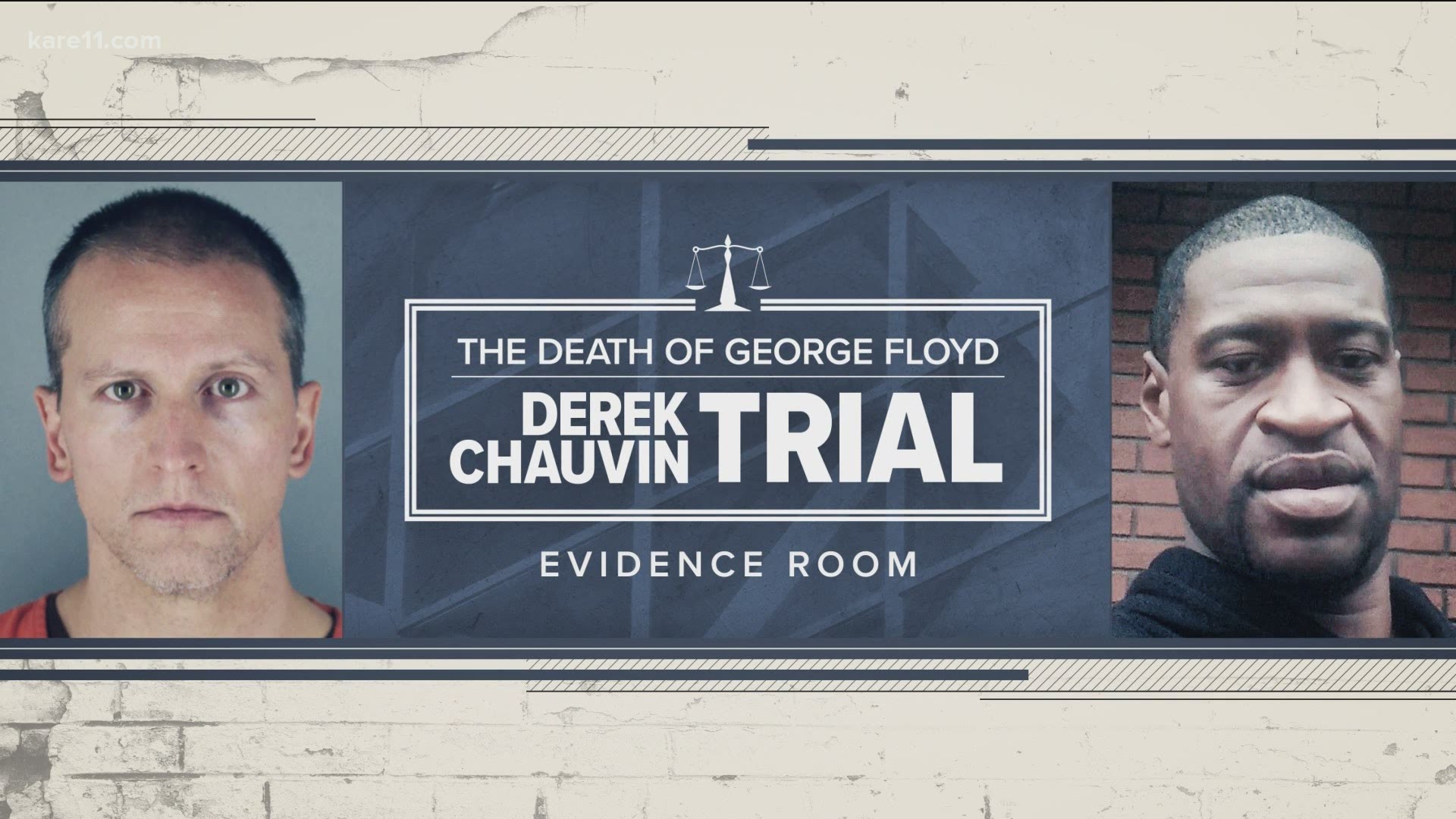 Powerful eyewitness testimony and new videos played during the first week of Derek Chauvin’s murder trial have given the jury a much deeper understanding of what led up to death of George Floyd.

Jurors saw footage from police body cameras, city surveillance cameras, security cameras inside and outside of stores and, of course, the images from personal cell phone cameras that went viral in the days after Floyd’s death – sparking protests around the world.

Those angles depict the scene from multiple viewpoints. But the bystanders they captured – narrating events in real time – may be just as important.

They may help the jury determine whether Derek Chauvin’s actions were reasonable.

Minnesota law says Chauvin’s actions must be viewed through the lens of what a “reasonable officer” in his shoes might have done in the moment – without the benefit of 20/20 hindsight.

The emotions of eyewitness captured on the videos were echoed on the witness stand.

“If he doesn’t have a pulse, you need to start compressions,” off-duty firefighter Genevieve Hansen told the jury. At the scene, she pleaded to help start life-saving efforts. Officers refused.

“I believe I witnessed a murder,” said Donald Williams, the MMA fighter who testified he knows what a choke hold looks like.

It is not just what they witnessed, but how it moved them as human beings.

Defense attorney Eric Nelson has tried to plant seeds of doubt. He noted most of the bystanders had not witnessed the violent struggle before George Floyd was wrestled to the ground.

Even though Floyd was handcuffed, bodycam videos show he was so strong that three officers working together had failed to get him seated in the back of a squad car.

In cross examination, Chauvin’s attorney also asked other police officers if they have heard of – or personally witnessed – cases in which a person who appeared to be passed out from a drug overdose suddenly awakened and acted violently. They all replied yes.

The defense appeared to be laying a foundation to argue that Chauvin acted reasonably by continuing to hold Floyd down.

Charles McMillian was watching as officers struggled to get Floyd into the car. The 61-year-old man can be heard shouting, “Quit resisting, bro.”

“I feel helpless,” McMillian said on the witness stand. He wept as he recalled how Floyd had called out for his mother. “I don’t have a mama either – and I understand him.”’

Minnesota law on use of force references a “reasonable officer” using “reasonable force.”

Credit: KARE 11 - court exhibits
Jurors saw videos from multiple angles, but the eyewitness reactions may be just as important.

Who decides what is reasonable? In this case, the jurors.

This week they heard directly from Derek Chauvin for the first time. He is not required to testify. But his voice was captured on a bodycam recording. Moments after Floyd was taken away in an ambulance, Chauvin was heard defending his actions.

“We’ve got to control this guy because he’s a sizable guy,” Chauvin said. “It looks like he’s probably on something.”

Will the jury think that is a reasonable defense?

It may hinge in part on who jurors identify with most – Derek Chauvin or their fellow citizens who begged officers to save George Floyd’s life?

Testimony will continue as the jury is expected to hear from other police officials – including Minneapolis Police Chief Madaria Arradondo – as they also weigh in on whether officer Chauvin’s actions were reasonable.