Safe Space is open to everyone from 8 a.m. to around 8 p.m. Monday-Friday at Shiloh Temple in Minneapolis. 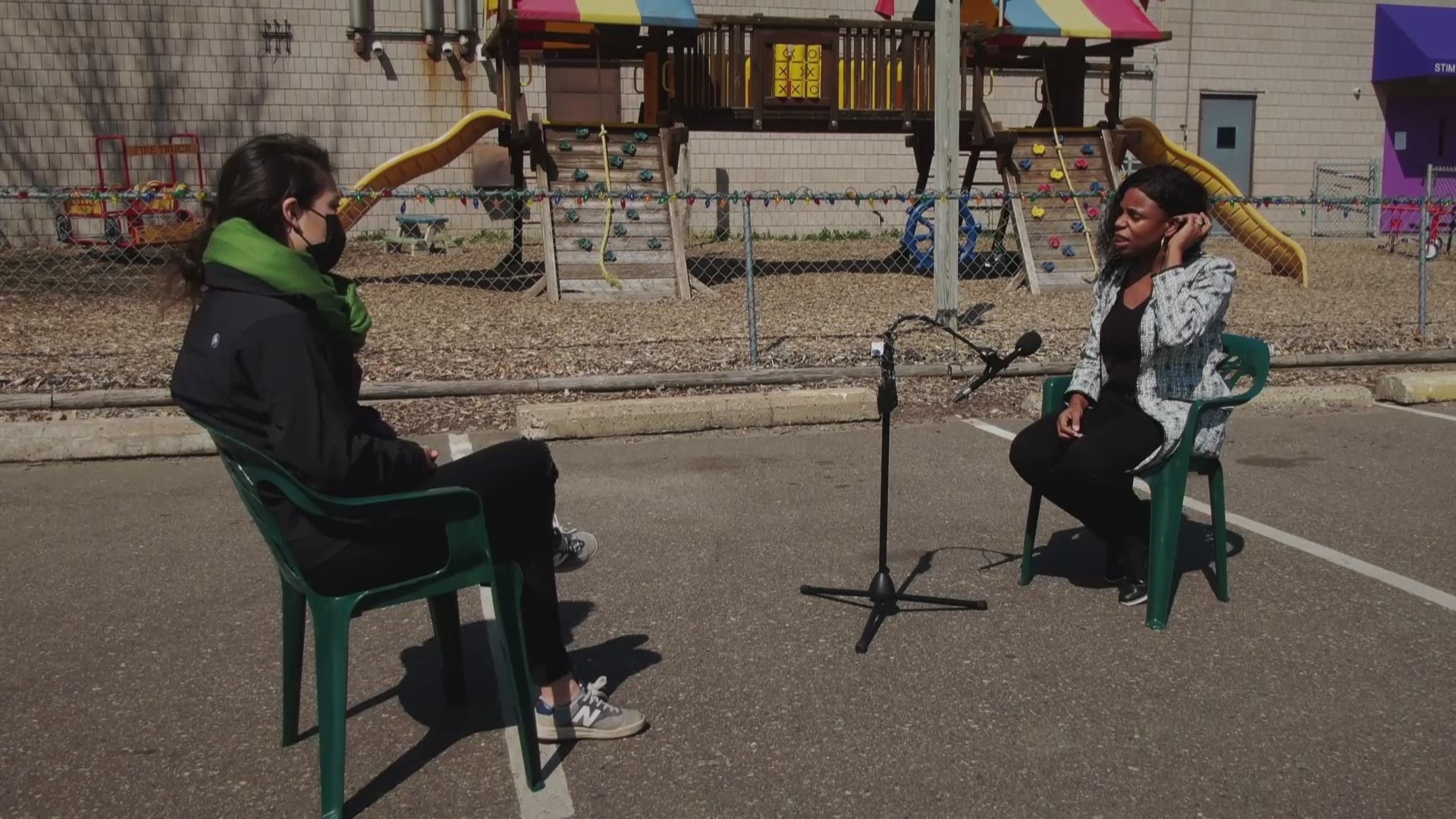 MINNEAPOLIS — As we enter yet another week of the trial, we can all agree on one thing.

Abdul-Brown is a pastor at Shiloh Temple. However, she wears many hats, including one of a mental health help provider. Even with the title though, she said she hasn't been immune to the emotions of the trial.

"Viewing the trial we're feeling secondary trauma," Abdul-Brown said. "I found myself the other day crying, watching it, as a mental health professional. We're also feeling racial based trauma, and then on top of it, PTSD."

She said it was evident in the way people would gather at the church weeks before jury selection even began, that people were itching to talk about this with someone.

So the concept of Safe Space at Shiloh Temple came together organically.

A place for people to gather, to talk, and to be heard.

Sometimes a mental health professional is there to hear people out. Sometimes it's a mediator. Anyone seeking out Safe Space can always expect to be heard.

"I had a lot of young people running up to me, saying, 'hey, I'm really feeling traumatized, I want to burn something down, I want to hurt something. I just pull them to the side and begin to speak with them right there. I listen to them, and I allow them to tell me their frustrations, and what they felt, and those same young people came and met me here the next day."

Pastor Abdul-Brown also said her position of being connected to not just faith leaders in the city-- but also to other city officials-- puts her in a unique position to start building something again.

Perhaps a foundation, based on trust--which can be very fragile at times.

"I agree with that, that's very valid, it's very true, it's very real, and we need to acknowledge the community's feelings," Abdul-Brown said. "But we need to find out, why is that though? Me growing up in a family of ten here in the city of Minneapolis, I would say what that is, when we were growing up, we had police leagues-- and police were very involved in the community."

No matter the verdict of the trial, Pastor Abdul-Brown said that's what she's going to be working on. Using her connections to bring law enforcement together to the community.

"Whether the ex-officer is found guilty or not, we will have a few years of trauma that we are going to be dealing with in this city," she said. "I believe if we are proactive, like we're doing now, I believe that we'll get through it, and we'll get through it together."

Safe Space is open to everyone from 8 a.m. to around 8 p.m. Monday-Friday at Shiloh Temple in Minneapolis.