Some businesses reopen after days of unrest in city

The owners say they want to bring positivity and rebuild the community by opening up, and offering a "sense of normalcy." 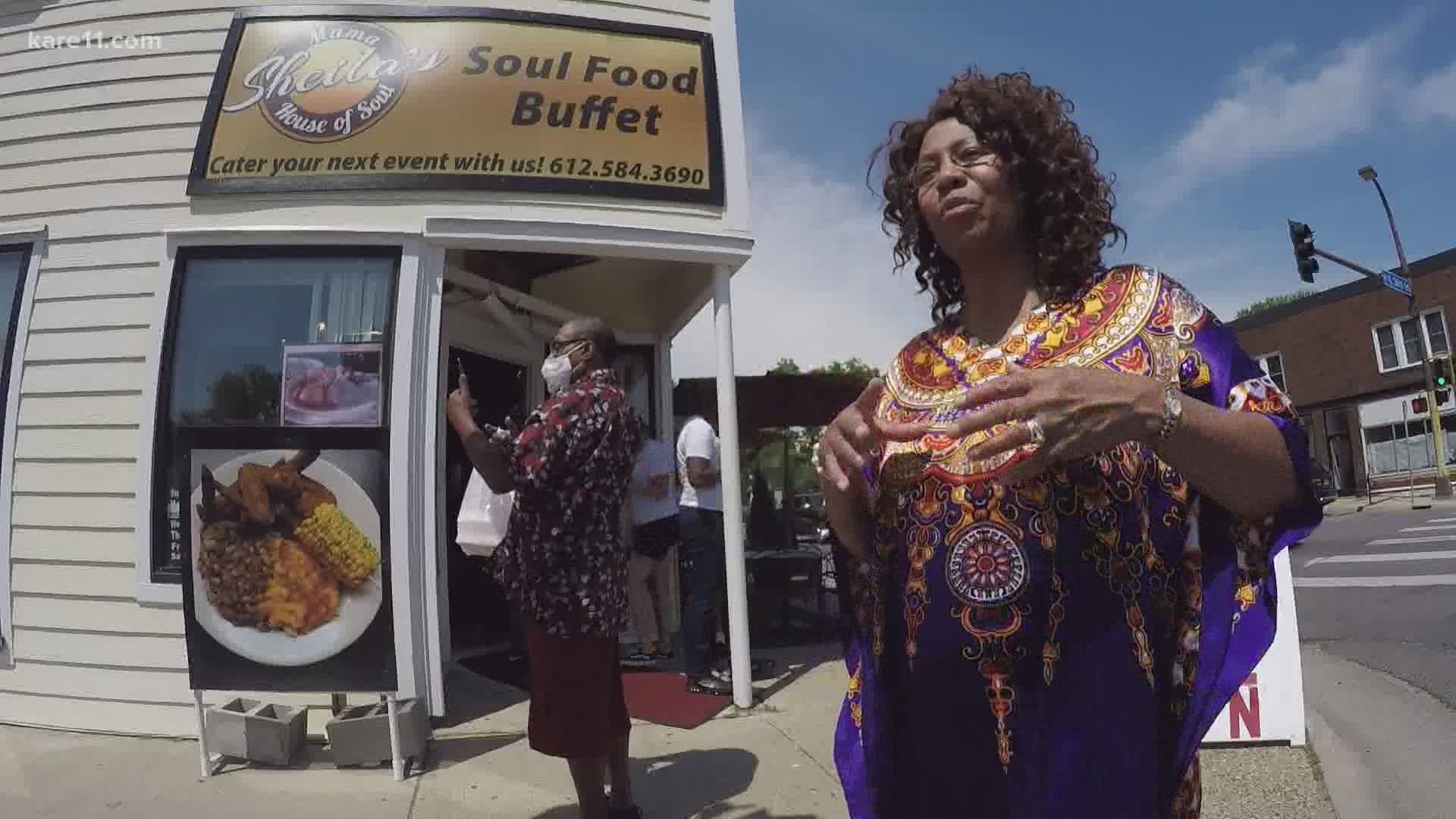 MINNEAPOLIS — Five short blocks away from where George Floyd was killed, Steve Gillen's 26-year-old Dairy Queen has opened back up after five days of closures.

Boards have been taken down from the DQ and the graffiti was covered over by Gillen himself.

"If I were on Lake Street it would be a different story but I'm not," Gillen said. "Talking to my neighbors, how everything's going at night, so I just went day by day and tried to make the right decision. That's why we're open."

He said he felt he could add to the community just a little over a week after such a tragedy.

"Who knows what normal is going to be but we felt that it was the right time to open and try to bring some sense of normalcy," he said "Relief, happiness. Even if it's for ten minutes."

Further down 38th Street, Sheila Brathwaite opened up Mama Sheila's House of Soul believing in the same principle that food heals, and healing is just what the community needs right now.

"We're serving hope, we're serving love," Brathwaite said. "This is great energy in here, it's family in here. When people come, they're so happy to be here - that's what's important - you know how food is, it brings the family together. You sit around the table, you talk about things and memories of things good, bad and different. This is what this place is about."

Brathwaite said it's her first time opening the doors to her restaurant since the end of March. The pandemic had shut it down and the she worried that the riots and looting she saw in the past few days would stop her from opening. She said those actions that aren't peaceful are diversions from honoring Floyd.

"Our hearts are all broken," Brathwaite said. "We all feel the sorrow and pain of it but we have a community and we're all human beings. Let's love each other and protest for the right cause. A man died but he was a peaceful man. This has been thrown out of way so we don't need that."

She said she's happy to be back for so many reasons. However, this week especially, she said it's about rebuilding and reminding Minneapolis of humanity. And that a community can rise in the face of pain.

"Come and enjoy some food with us, tell us your heart," Brathwaite said. "We're here to listen as well."