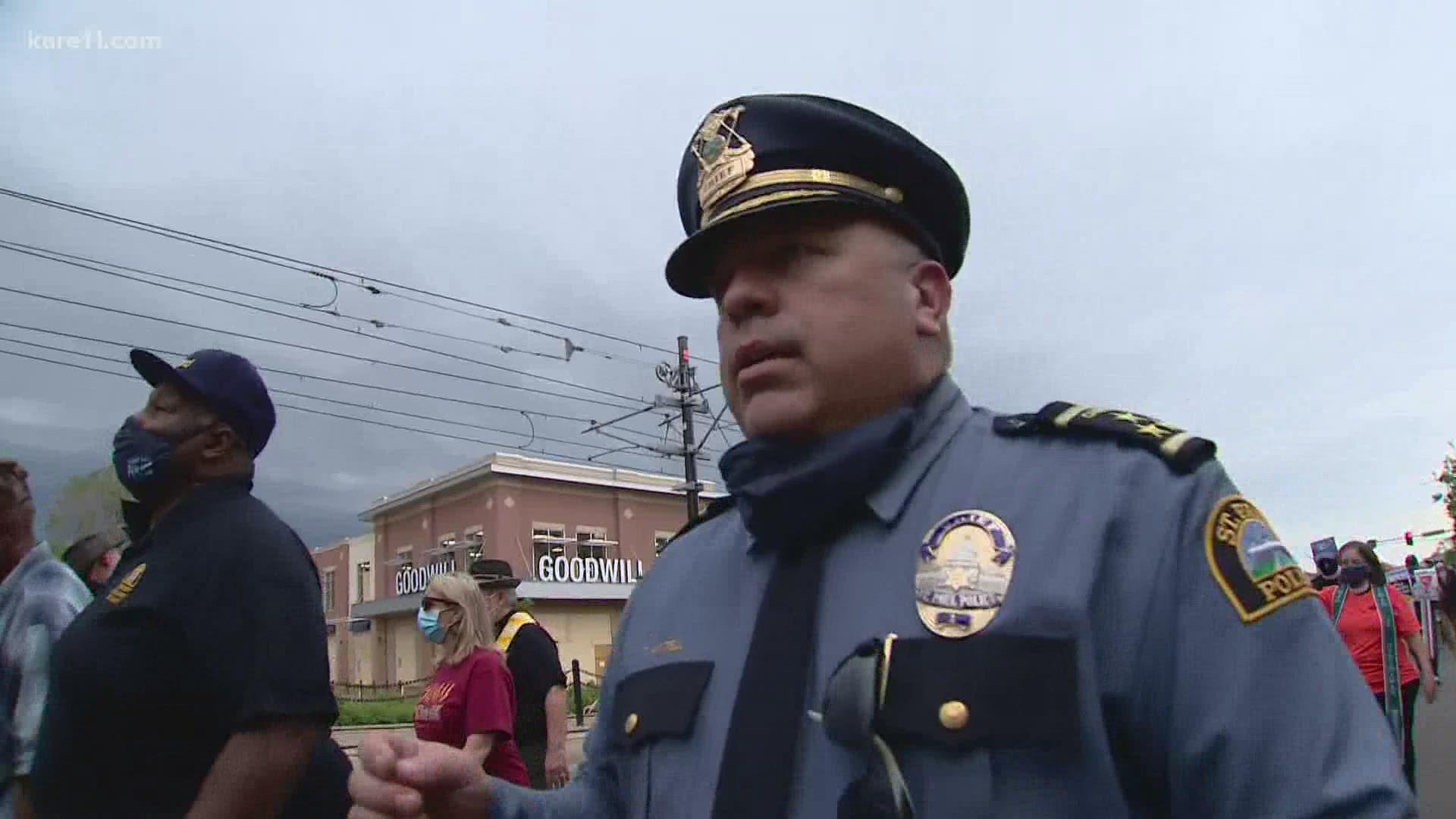 “We're all united in our desire to see change,” Bernard Hebda, the white Catholic archbishop, said.

“This is really a pivotal moment for policing in America,” Axtell said. “We have to start connecting at a much higher level with our community.”

Together they marched past a looted and burned University Avenue NAPA auto parts store to a looted and boarded up Target – where, as one t-shirt put it, the church left the building.

Surrounded by a crowd of several hundred people, including rabbis, priests and imams, Rev. James Thomas of Mt. Olivet Baptist Church drew applause when he evoked the power of God.

With pulses of lightning and thunder in the distance, Presiding Elder Stacey Smith of St. James AME Church brought the march and prayer service to a close.

“Father we need you to come in like a mighty rushing wind,” Smith said. “Oh, a storm is a brewing.”

RELATED: Thousands 'sit-in to breathe' at the State Capitol