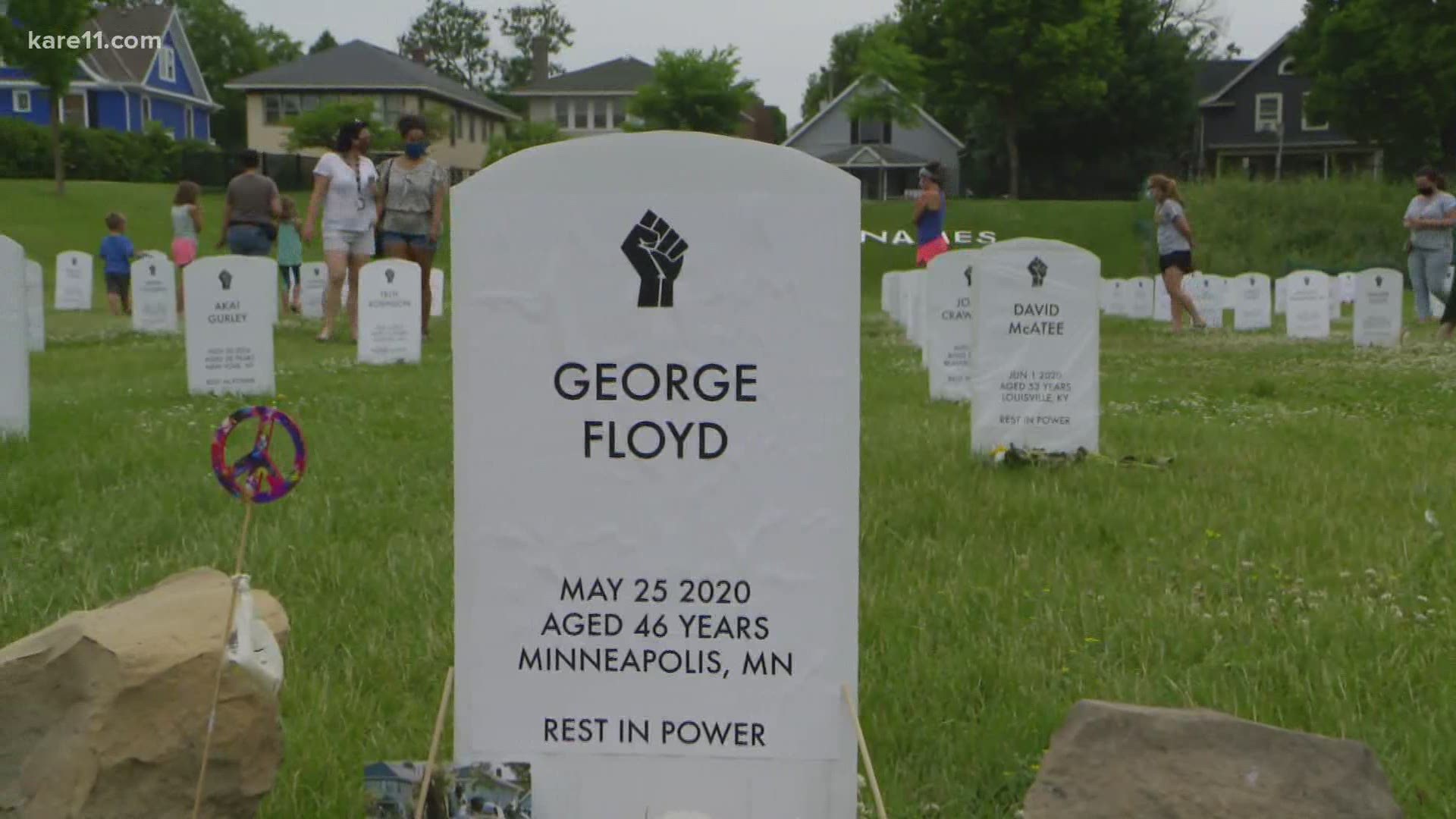 A short walk from where George Floyd was killed, there is another form of protest. A symbolic cemetery honoring the lives of black men, women and children who died at the hands of police grows. It is called Say Their Names.

The student artists behind the visual protest wanted the focus off of them - literally. Anna Barber and Conner Wright created the project together.

"We need to focus on dismantling these oppressive systems, we need to be really loud about this issue," Barber said. "Innumerable black lives lost at the hands of police. They all have stories."

They started with 100 names, including Philando Castile, Tamir Rice, Jamar Clark, Breonna Taylor and George Floyd. The gravestones honor black men, women and children who died at the hands of police. The youngest name we saw was Aiyana Jones. The seven-year-old Michigan child was killed during a police raid in 2010. At the site, some wiped tears. Others took pictures. Many walked down each row, saying the names of lives lost. It feels real.

"Everybody keeps laying flowers and candles at the headstones and even sometimes stepping over where the body would be. We had seen a lot of social media post that were just listing hundreds of names but there was something about the nature of looking at these names on a phone screen that didn't give them the real-estate," Wright said. "It was almost like everything is being shrunk down to the size of an iPhone screen. It is not just an IG post. It is a field, miles and miles of bodies."

Wright said it is impossible to make a comprehensive list of black lives lost at the hands of police but the art work provides something tangible. As a white male, he said he wanted to do something to help. The student artists, who attended their virtual graduation this week, plan to sell photographic prints of the installation and donate the proceeds to the Anti-Racism Fund - an organization committed to fighting racial inequality and injustice against black people.

Edina residents Karen Bertulli and her children were among people grieving at the site.

"It is powerful. I recognize a lot of the names. I am also upset about the names I do not recognize," she said. "We are trying to understand it and think about what we can do differently going forward."

Meanwhile, the number of names at the symbolic cemetery is growing. They add names, many submitted from community members, daily. To submit a name, you can email annaeb@sas.upenn.edu or wrightco@sas.upenn.edu

For now, both artists say they will use a little art to put what they call "a big problem" into perspective

"It shows the true tangibility and power of art. At the end of the day these are 24x13 inch pieces of plastic," they said. "George Floyd's murder is an example of the larger issue with systematic racism and the social justice system and really every institution in America."

Tuesday Floyd was buried in a real cemetery in Texas. He was laid to rest next to his mother, whom he called out for during the final moments of his life.