This public mural painted along Plymouth Avenue was a community effort. 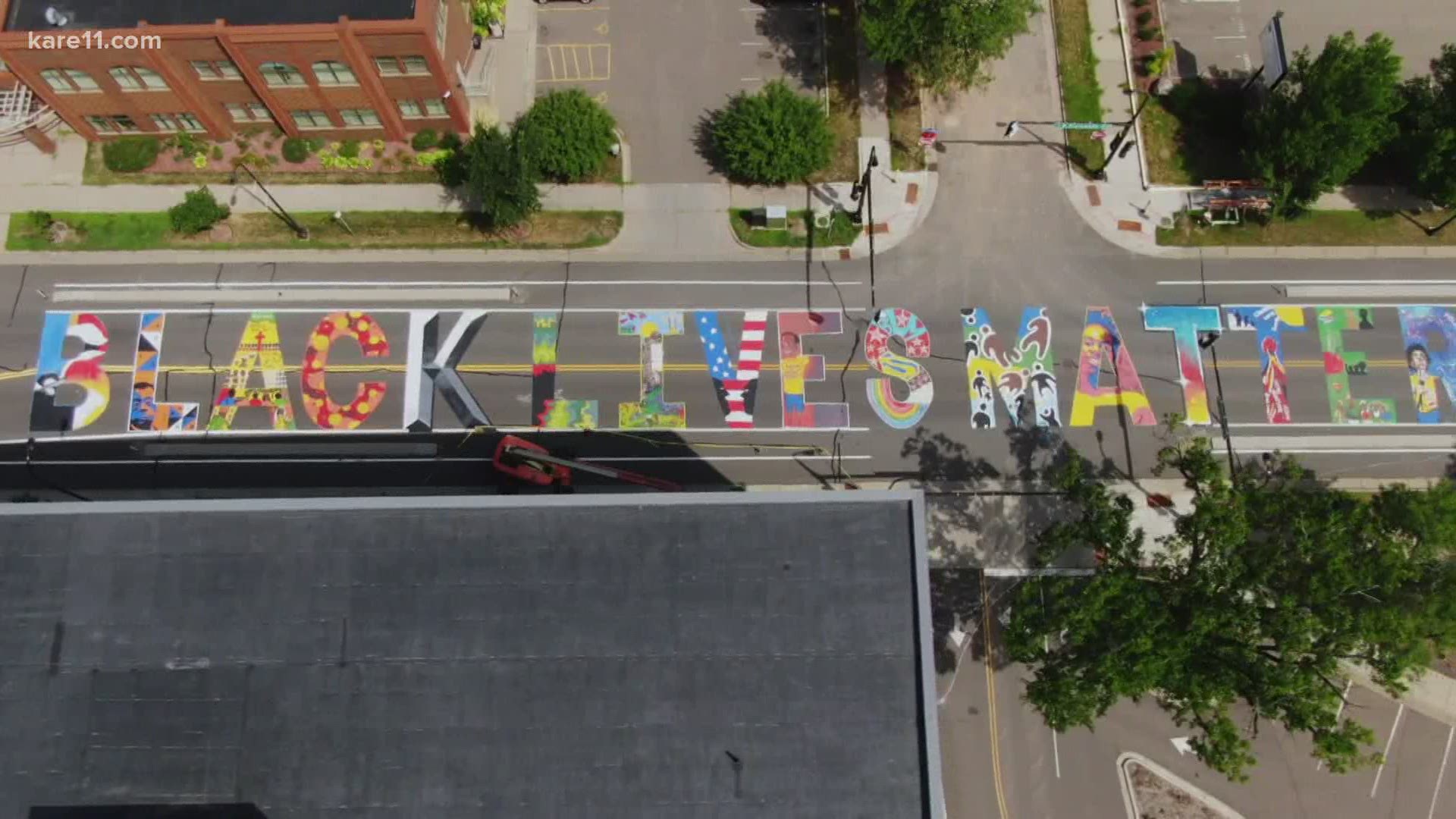 Words carry weight. But on Plymouth Avenue, every letter carries a message.

Tina Burnside, co-founder of the Minnesota African American Heritage Museum and Gallery (MAAHMG), said she brought together the artists who participated in the painting of the mural.

“This is a historic public art event to support the fight against systemic racism and police brutality against Black people in this country,” Burnside said. “The museum also affirms that Black lives are sacred and urges a stop to the violence in the community. This mural will be a symbol of pride and empowerment in the community.”

Beverly Tipton Hammond and her husband were among the artists who created the BLM mural in North Minneapolis.

We’ve seen similar images around the country following the death of George Floyd. Her husband created the V, which sends a message about voting.

Hammond said she created the first letter A appearing in the phrase, Black Lives Matter.

The letter bears the message. "Justice for All” above a red cross and Kente cloth. It also contains drums, an African king and queen and other symbols.

"I normally paint on canvas no longer than 18x24,” Hammond  said.  "I put a healing vine there, healing is what we need in our hearts."

"If truly racism is no longer going to be part of who we are we need to have our hearts healed and stripped from stereotypes and prejudices.”

The Pacini twins were among the spectators. The teen boys said the mural was inspiring and emotional.

The Barnes sisters drove from Rochester, MN with their mom and grandmother to see the image.

The mural, between Penn and Newton Avenue, is on the same street as the 4th Police Precinct t. Some spectators said the image is powerful and inspiring but called it an “empty gesture."

A small business owner told us the country needs more policy and legislation to effect change.

Burnside said both are needed.

"We do need policy but every organization and individual has its role to play. The museum plays a role in creating art and also in documenting history and recording history.” Burnside said. "History is unfolding in front of our face.”