Two chefs in St. Joseph are fighting for racial equity and good food

Mateo Mackbee and Erin Lucas are chefs and owners of Krewe restaurant and Flour & Flower Bakery in St. Joseph, Minn. 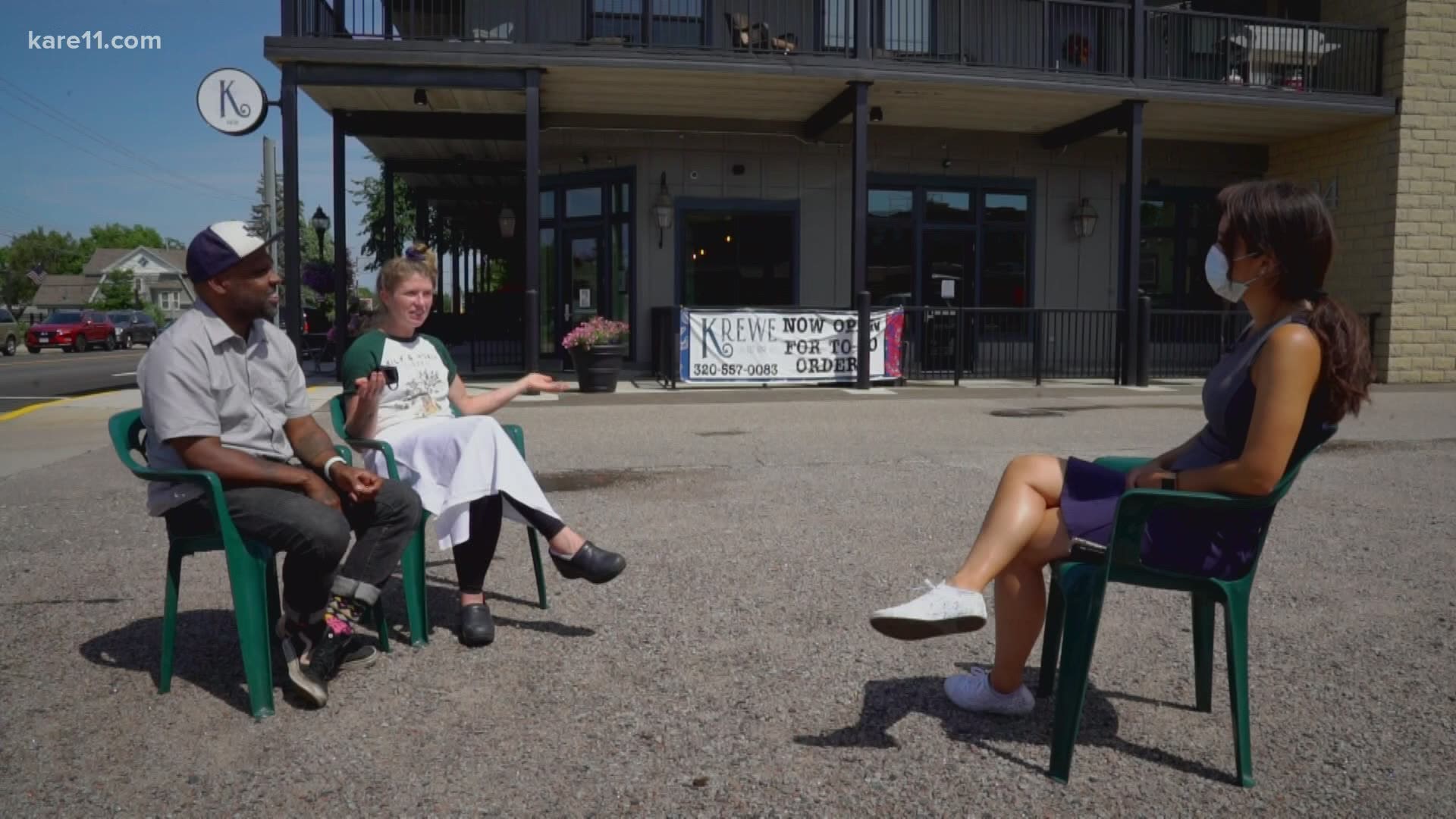 ST JOSEPH, Minn. — In the wake of George Floyd's death, journalists all over the country have been working hard to uplift the voices of people of color. For example, Mecca Bos recently wrote in the New York Times about the important work Black chefs and owners are doing in the Twin Cities. Another New York Times article featured the work of Mateo Mackbee and Erin Lucas.

They are the chefs and owners of Krewe restaurant and Flour & Flower bakery in St. Joseph. Together, just around 50 feet apart, they are the new 'food block' in the city.

In the past six years that Mackbee and Lucas have been together, this is their first time being so far apart from each other.

"We've been literally side by side, this is the first time we've been this far away from each other and it's literally 50 feet," Lucas said with a laugh. She said ever since their relationship began, they've been attached at the hip, working together.

With both the restaurant and bakery to focus on, the two chefs are busy focusing on their craft. However, they have never once lost sight of their bigger initiative, of bringing racial equity to areas outside of the Twin Cities.

Mackbee said that had been his goal all along, with restaurants falling into the plan.

As far as Mackbee and Lucas can tell, Krewe and Flour & Flower are the first Black owned businesses in St. Joseph.

"As far as we know yes," Mackbee said. "There is a city council member who is one of the founding families of this area and he can't remember one in his entire life, and he's in his late sixties or something like that."

Mackbee said as someone who grew up in Bloomington with just 10 other Black students in his high school, he remembers being what he calls, 'the token Black guy.' He said he never liked that role.

When asked what is preventing him from becoming once again, the 'token Black guy' in St. Joseph, he replied, "nothing."

"It is that way," he added. "I can't tell you how many people come up to the door and I open the door and I have to tell them that I am the owner." He said some people have found out that he is the owner and have walked out on him.

"I can feel a sense of anger that rises a little bit but I've been able to figure out how to control that," Mackbee said. "Push it down and come at that person in a respectful manner."

"The man works harder than anybody I've ever seen in my life and he just screams this passion wherever he goes," Lucas said. "First step is heartbreak and the second is just...unbelievable you know?"

However, for the love of food, and the love that they have for each other. For all the work that they are putting in to bring change to Stearns County, the two chefs said they will continue with business, as usual.

"If we can be a piece of hope right now for a lot people in this world that is pretty freakin' dark right now - then again, I will put that on my shoulders and take that responsibility," Mackbee said.

Flour & Flower is fully operating currently. Krewe will be open for dine-in dinner service starting Thursday based on reservations. Mackbee and Lucas said once they are situated with dinner services, they will expand to lunch services as well.

Parenting and working full time isn't adding up for many families