Minneapolis Police Chief Medaria Arradondo couldn't give a specific amount additional safety precautions costed, but said it will be released at a later date. 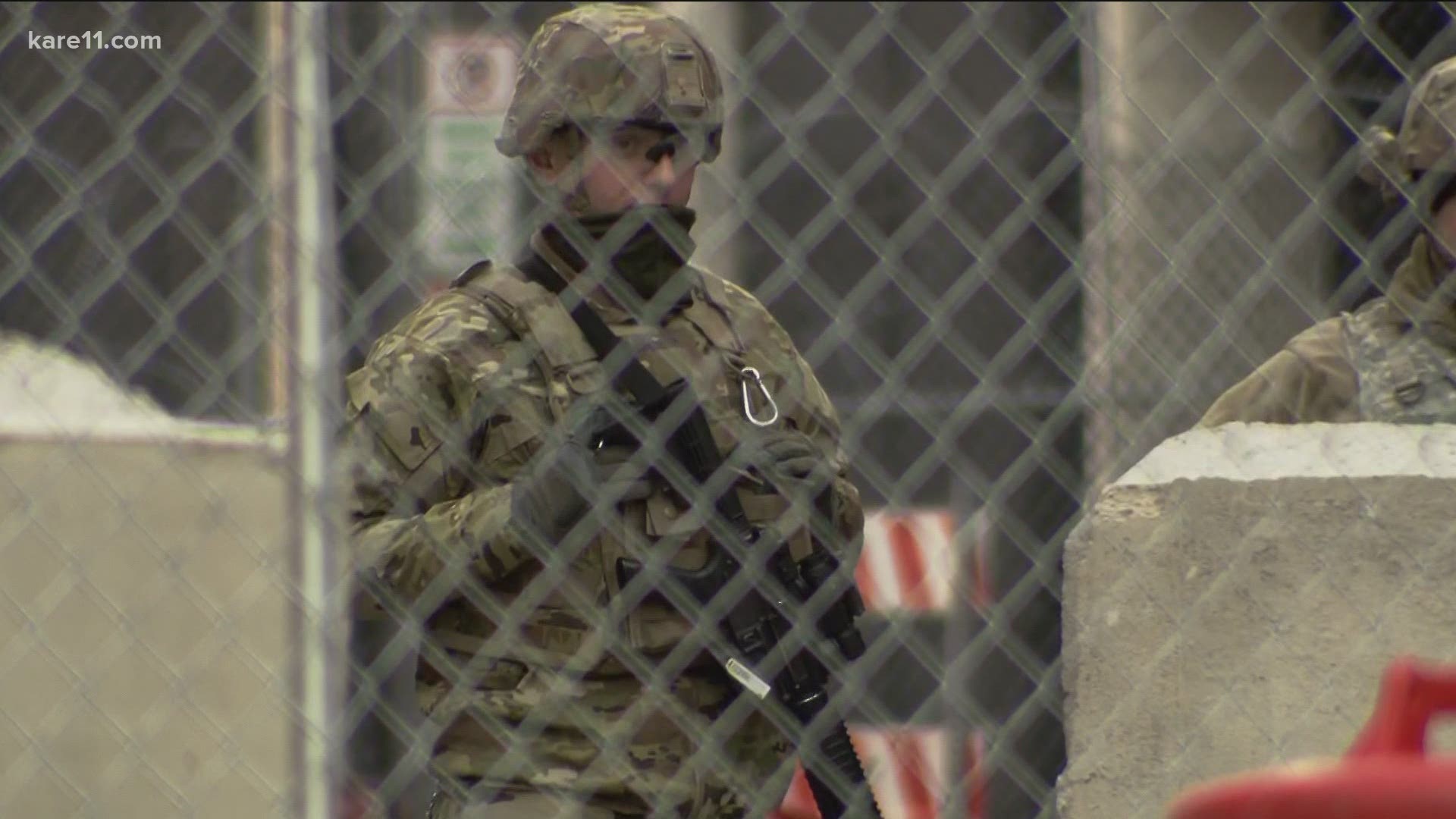 Chauvin was found guilty on all three charges, which include second and third-degree murder, and second-degree manslaughter.

Booker Hodges, assistant commissioner of the Minnesota Department of Public Safety, said the goals of Operation Safety Net (OSN) were met, "to make sure that we didn't have massive property destruction and chaos in our streets."

Celebratory demonstrations emerged throughout Minneapolis on Tuesday following the verdict. Many peacefully gathered outside the Hennepin County Government Center as the verdict was read, as well as at George Floyd Square at the intersection of 38th Street and Chicago Avenue in south Minneapolis.

The demonstration at George Floyd Square continued late into Tuesday night and remained peaceful throughout.

"I want to again say thank you to the community and the people who were out there peacefully protesting," said Hennepin County Sheriff Dave Hutchinson. "What happened yesterday through the judicial process showed that nobody is above the law. We hold everybody accountable, including the police and other people in public safety.

"We have a lot more to do with the community, but again, that's why community partnerships, like I've mentioned several times – A Mother's Love, We Push For Peace, The United Hero – these organizations are now going to be at the forefront of what the sheriff's office does, and I'm assuming my partners with Minneapolis, the state, the Transit Police, and the National Guard – we understand that we need to do better outreach to our community."

"At the same time that we are strategically demobilizing, we certainly have resources available, as we always do, and for sure through the weekend and into the foreseeable future to make sure that we're ready in the event that something comes up," Langer said. "We're very hopeful that the last few nights, especially last night, are indicative of the future for Minnesota."

When asked about the business owners throughout Minneapolis who still have their buildings boarded up from the anticipation of the Chauvin verdict, Arradondo assured his department's effort to protect these establishments. He also praised the community and its effort to look out for each other.

Arradondo couldn't comment on the financial numbers in regard to the additional protective measures throughout the city – protective fencing and barbed wire surrounding the Hennepin County Government Center, additional law enforcement, National Guard services – but said those figures will be released "at some point in time."

Hutchinson said officials are still discussing how long the protective fencing surrounding the government center will stay up, but said that timeline also hinges on the availability of the contractors. He added that some of the precautions will remain in place "until we feel comfortable," but said there should be some work being done soon to dismantle some of the protective barricades around the building.

Arradondo also commented on the preparation for the trial of the other three officers charged in the murder of George Floyd, which is scheduled to take place in August.

"Our planning and communication hasn't stopped. That will be ongoing," he said. "We are actually looking at the plans for the anticipated dates of this August."

Hutchinson addressed some of the injuries troopers sustained during the unrest last week in Brooklyn Center, saying one of the deputies was severely hurt after being hit in the face with a brick. There were also a number of "minor" injuries reported.