Where do we go from here? A conversation

KMOJ Radio host and producer Zannie K weighs in on how conversations can formulate plans for action. 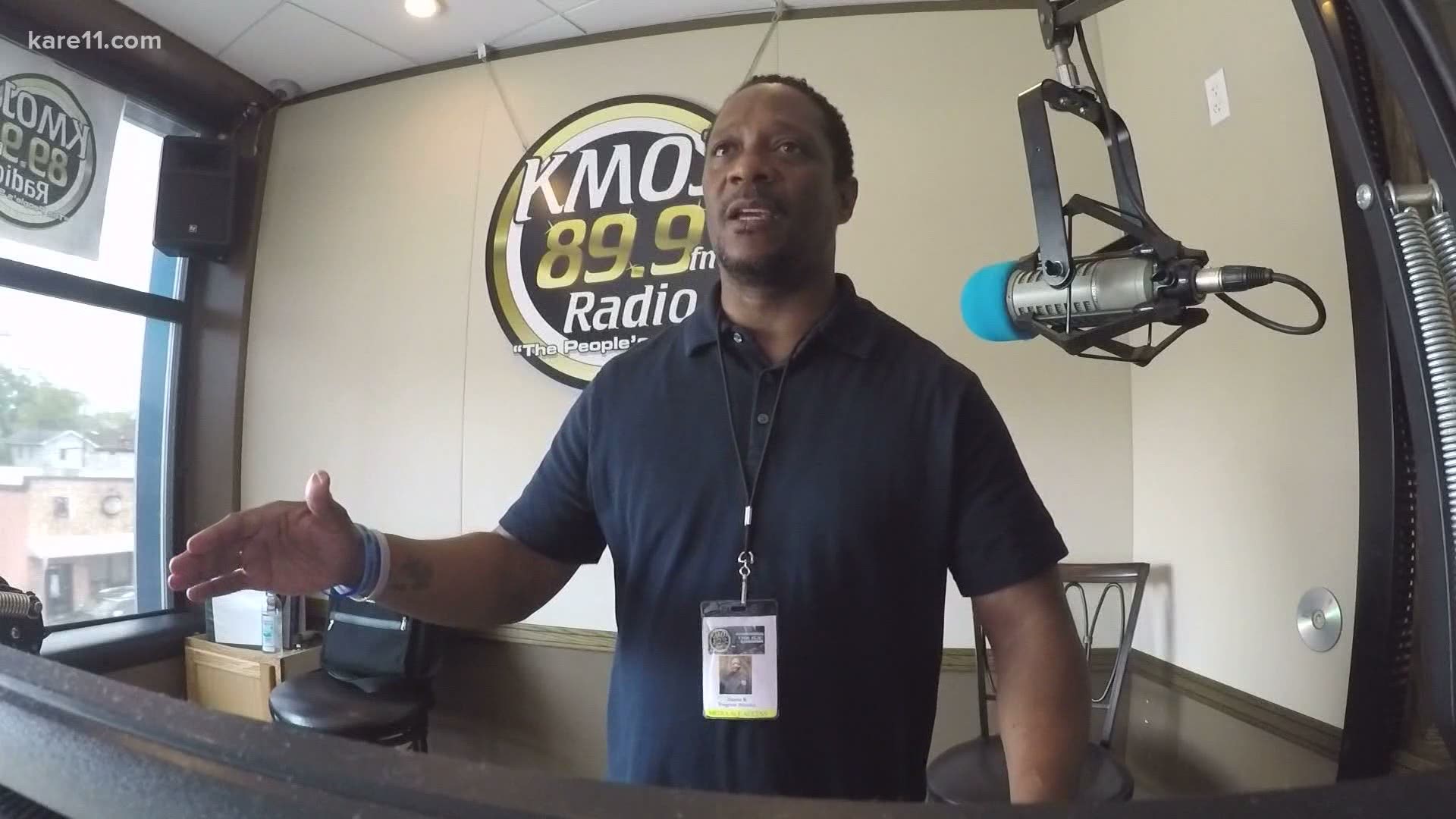 MINNEAPOLIS — KMOJ's call letters come from the Swahili word "umoja," which means unity. In the past couple of days, Zannie K has been in the middle of the community not just as a radio host but as a therapist of sorts.

"Last Sunday, we stopped the music for several hours during the day and we just took calls," he said. "From community leaders, from listeners and so you feel that pain and anguish. I think now, what that's going to turn to is encouragement."

With George Floyd's memorial service streaming live on 89.9FM on Thursday, Zannie K spoke from his heart, reflecting on all the voices he has heard from the past few days.

"Every night, I try to fight back tears as my work never stops when I leave the radio station," he said. "I always imagine my son, who is 24. I imagine if that was me. I think that's what a lot of people are doing, they're looking at this thing through the filter of, 'what if that was me,' and 'what can I do to make sure that's not me or my son' moving forward."

As one of the figures central to communication during this crisis, K said he's seen shock and anger. However, he said he's felt a small shift in those emotions.

"At this moment, we're seeing the intersection of that rage and then that opportunity change," he said. "To really open it up and have these conversations, black and white, opening up, expressing what each other feels."

He's not denying that there is anxiety out there that the momentum could be lost. He hasn't forgotten about the disappointment that came time and time again even before the death of Mr. Floyd. However, as someone behind the sounds of a station that promises unity in the community, he's playing the track of hope.

"Minneapolis is ground zero," he said. "It started here and it has spread globally. So I think the conversations should start here. That's why I'm encouraged, the conversations that's going to come out this are amazing. I've said this every day on the radio this week. I am hopeful that a real, real change is going to happen in this country starting from now."

RELATED: How to talk to your kids about racism and other difficult topics