'I was heartbroken...and needed to do something.' Woman helps preserve George Floyd plywood art murals

More than 800 boards are now stored at a northeast Minneapolis warehouse. 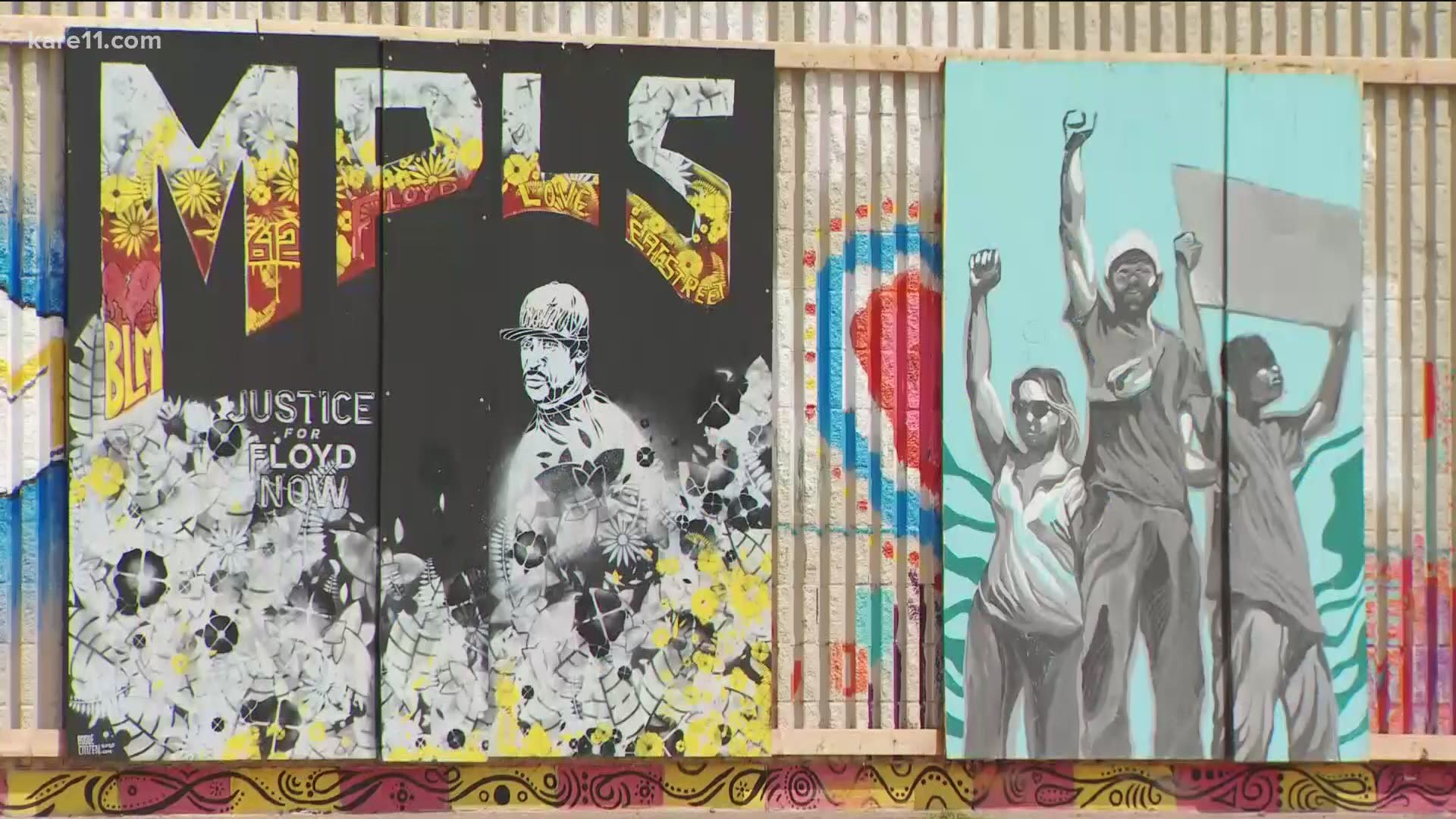 MINNEAPOLIS — Hundreds of boards sit inside a 1,000 foot space. “We are in the Northrup King Building in north Minneapolis and we've had this since the beginning of October,” says Leesa Kelly, with Save the Boards to Memorialize the Movement.

After George Floyd's death and the protests that followed, Kelly says, "I just was heartbroken and experiencing a lot of trauma and I needed to do something."

Kelly wanted to save the murals popping up on plywood boards posted on businesses throughout the Twin Cities, murals that captured the emotions of a community dealing with the hurt and pain of Floyd's death.

“That’s when the murals started to speak to me,” says Kelly. “It was such an emotional response when I would drive past them on the building and I just wondered what would happen once they were taken down."

Instead of just passing by, Kelly went around from business to business asking for permission to preserve the boards.

Over 800 are now stored in the Northrup King building. “Look around this room and you see the boards. You get this complete story and history of what happened,” says Kelly.

While Kelly says this is a never-ending project, she sees it as a labor of love that will preserve this moment in history for years to come.

“We hope that transporting people back to the summer of 2020 and remembering the uprising, we can begin to create understanding so we don't see anything like that happening again," says Kelly.

If you would like to contribute to Save the Boards To Memorialize The Movement, you visit their GoFundMe.