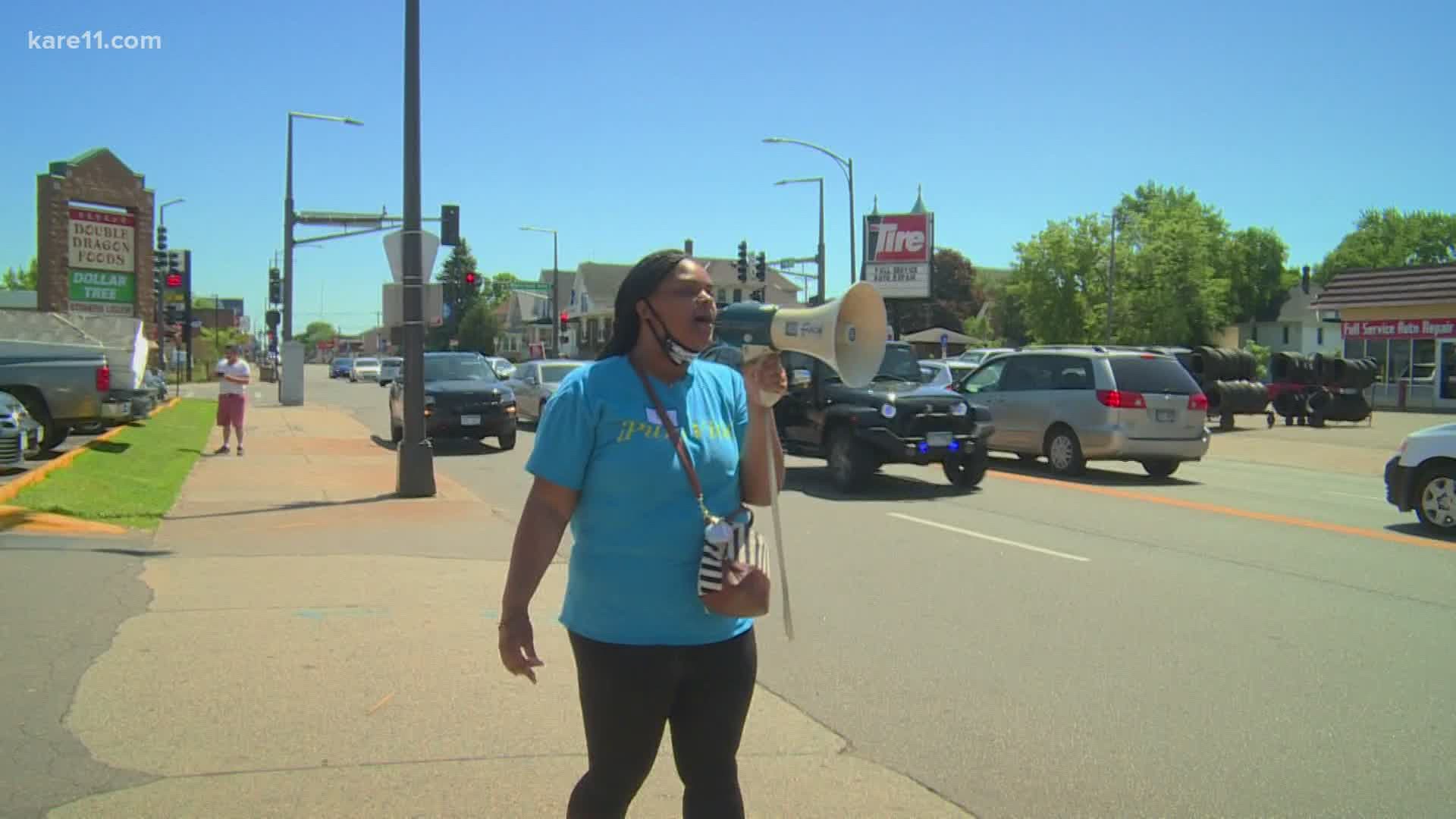 Donation centers bloomed like spring flowers across the Twin Cities following the death of George Floyd.

Organizers say they served more than 2,000 families between St. Paul and Minneapolis.

About 125 people have signed up for their contact-less food delivery service.

"Our community bans together when things happen," she said. "A lot of our stores are closed or boarded up. We wanted to make sure the community members who couldn’t get to stores have the resources they need. Diapers, food, baby formula, you name it."

White and Elijah Norris, who organized together, and created what they call Project Restore Minnesota.

"I saw an image of a police officers’ knee on man’s neck," he said. "I was storming around my house like this is enough."

And days later, a peaceful protest turned violent. Norris watched people destroy St Paul. In a Facebook live video viewed more than 240,000 times, Norris is heard pleading with people to go home. "They are looting and rioting. This is not peaceful," he says. "God will protect me."

That day changed everything.

"I had to remove myself and cry in my room. When I cried in my room, I realized instead of crying in my bed I need to get up and go do something. Not fight back in violence but fight back in peace. And try to spread justice. That has been my message this entire time."

So, he organized creating an extension of work he said he was already doing with the non-profit, Project Legacy.

"That is why we chose the name Project Restore Minnesota. When you restore something, you are constantly making updates and making improvements. And that is what this organization is striving to do. Make improvements to the injustices and inequities in our community," he said.

James "J. C." Hassenauer -- who grew up in Woodbury – now plays center for the Pittsburgh Steelers donated a trunk load of items. He believes tackling those injustices requires a bigger conversation about racism.

"I wanted to give back and help out as much as I could," he said. "Having those tough talks with your family and really trying to step up."

"We need to have young people at the table about policy discussions and legislation," he said.

He said they met with Ramsey County leaders to discuss actionable change. They have a follow up meeting next week.

About 125 people have signed up for their contact-less food delivery service.