Brad Ryan and his grandma Joy are on a mission to go to every national park. Their tour started in 2015. 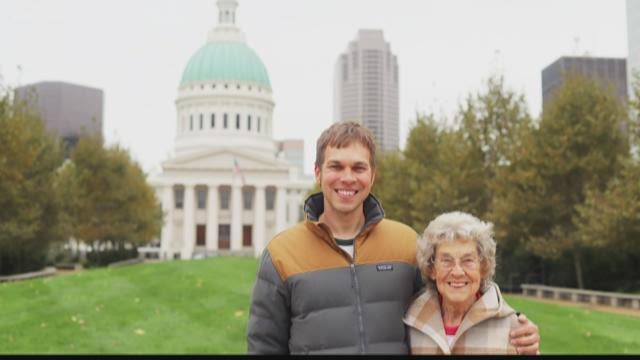 ST. LOUIS — A grandma and grandson duo who are known across the country stopped in St. Louis on Thursday.

Brad Ryan and his grandma Joy are on a mission to go to every national park. Their national park tour started in 2015. The Gateway Arch is the last park on their list in the continental U.S.

The two explored the museum before taking the tram ride to the top of the Arch.

We just wanted to share this milestone with all of you and express our immense gratitude to everyone for all the love you’ve given us. Twelve more parks to go, but we’re going to take a little break before we board any flights. Today was a great day,' Grandma Joy shared on Instagram.

You can check out the duo’s journey on Instagram @GrandmaJoysRoadTrip.

In August, Ryan appeared on the TODAY show. He said he and his grandma were very close when he was younger, but their relationship became strained when his parents divorced in 2001. “It kind of ripped our family in two,” he told TODAY. “I didn't talk to her for 10 years.”