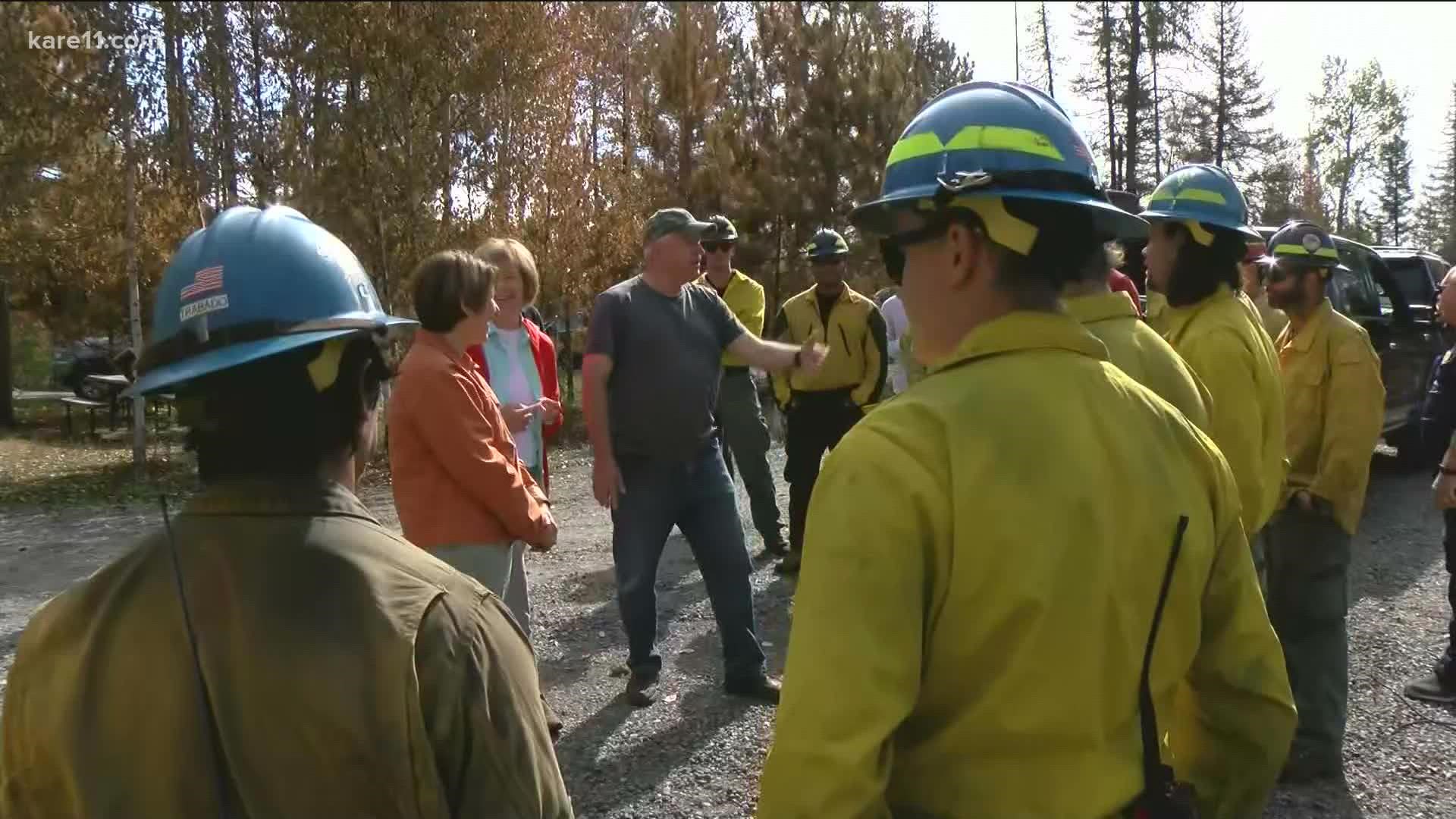 ISABELLA, Minn. — Officials say thanks to firefighters' efforts and better weather over the weekend, the Greenwood Fire's threat to cabins, homes and recreational sites is "greatly diminished."

"As the wildfires in northern Minnesota continue, it’s more important than ever that we ensure affected communities have the resources they need,” Klobuchar said in a Monday press release. She and Smith thanked firefighters and said they stand ready to support their efforts.

"Minnesotans are feeling a cautious sense of relief as residents are returning to their homes and the fires lose intensity," Walz said in the release. He thanked firefighters but said with "more difficult weeks" ahead, Minnesotans should keep following fire safety restrictions.

The fire remains 37% contained, an estimate that has held steady since Aug. 30. It still covers nearly 41 square miles in northeastern Minnesota near Isabella. More than 350 personnel are fighting the blaze as of Monday, but that number has been higher than 500 in past days.

Officials said the fire started Aug. 15 with a lightning strike. On Aug. 23, it burned more than a dozen primary structures like homes and cabins and destroyed nearly 60 outbuildings.

According to a Monday morning incident update from Superior National Forest officials, full-time residents will be able to use Highway 1 again. The Lake County Sheriff will open the highway from Lankinen Road to the junction with Highway 2 for full-time residents only. Passes will be issued at the checkpoint.

According to NBC affiliate KBJR 6, there are three active wildfires in the Boundary Waters Canoe Area Wilderness: the John Ek Fire, the Whelp Fire and the Fourtown Fire. That's down from eight fires 10 days ago. The Fourtown Fire is considered fully contained, while the other two are considered 0% contained.

However, officials said weekend rain, lighter winds and other conditions should keep those fires "in check."

Most of the BWCA closure has been lifted, with closures for active fires and their entry points remaining. You can see all Superior National Forest closure orders here.

RELATED: Wildfires, smoke snuff out outdoor adventures across US