Dr. Brad Johnson of Plymouth credits faith for helping him and his friends get through the potentially deadly ordeal. 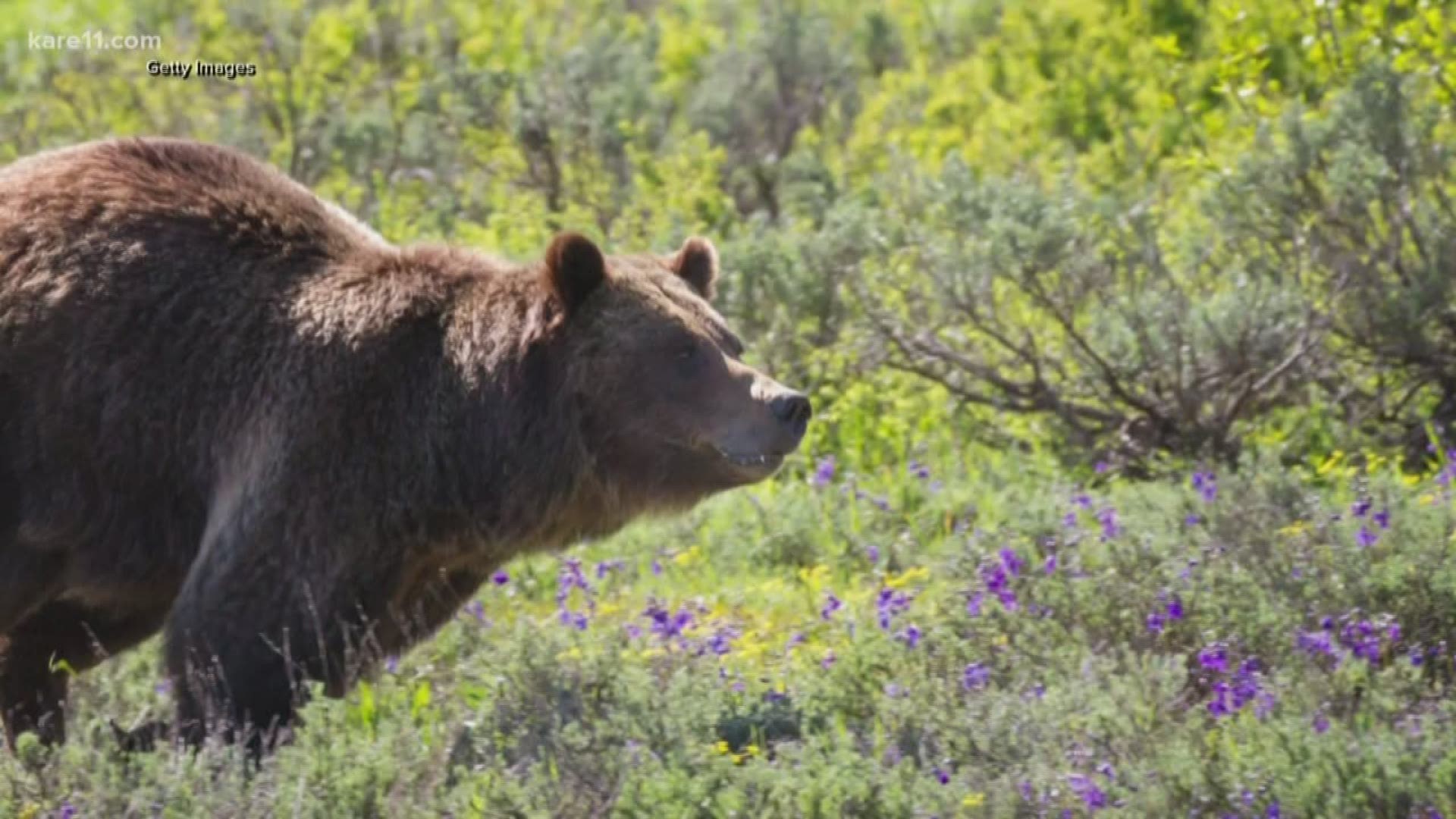 PLYMOUTH, Minn. — Dr. Brad Johnson is a man of faith, along with Todd Green, Tom Therrien and Justin Reid, friends for 20 years through Plymouth Covenant Church.

In September, they hit the road for a camping trip in the Beartooth Mountains on the Wyoming-Montana border.

They've hiked it before, but this was the first year Todd came along. His job was to bring a tarp. He brought a white tarp.

"Most of the time you think of a tarp it's blue or green or brown. And boy, did I hear about it from these guys about the white tarp," Green said.

"You couldn't bring anything more conspicuous into the wilderness as we're trying to blend in," Johnson laughed.

The guys also ribbed Todd for bringing a big heavy camera case, which would only make the grueling eight-mile hike wearing 65 pound backpacks even harder.

"I kept telling them, we're going to have some sweet pictures from this trip," Green laughed.

With just a half-mile left on the hike, with bear repellent firmly in his hand, Brad took Todd's camera case from him, slung it around his front and forged ahead of the group.

"What you have to know about Brad is he will pile onto himself to make someone else's life easier. That's the nature of who he is," Therrien said.

"I just wanted to get there as soon as we could, so I kind of got ahead of them a ways," Johnson said.

But as soon as he climbed the next hill, he regretted it.

"Off to my right, I heard something. I looked, and about 30 feet from me were two grizzly bears at a full charge. I was trying to get the safety off this bear spray that I had in my hand. And I was unable to do that. Out of frustration, I just threw the can at the closest bear. Went right over its head. I can still see the vision of the can missing it. Then I turned my back to the bears and jumped onto my stomach," Johnson said.

"And I heard that noise that I heard that did not sound human being. And I kind of pointed forward like, did you hear that?" Therrien said.

"It broke my shoulder blade and tore through a bunch of muscles. It injured a nerve to my pinkie finger. It slid down and ripped off my tricep and kind of got into the bone there too. I saw this big gush of blood and I thought for sure it had hit a major artery and I was going to bleed to death out there. And then I just had a very vivid memory of the summer at our cabin looking down at the lake and the amount of fun we had there on the dock and all of that. And then I just had this peace that I would meet God in Heaven that day," Johnson said.

The friends reached Johnson. As Reid, who happens to be a Minneapolis firefighter, began dressing the wounds, Johnson insisted that Therrien start recording video so that Brad could leave his family what he thought would be his final words.

"I said, 'Miranda, Haley, Ian, Elise, Mom and Dad, I'll see you in heaven.' That's all I could think of. But I think that does say it all," Johnson said.

But those would not be his last words.

On the video, Reid can be heard saying, "We're going to get a tourniquet on you."

"He just kept repeating for us to leave him," Reid said. "He said, 'It's over. They got an artery. Just leave me. Save yourselves.'"

While still recording, Therrien began to pray, "Father God, take care of us. You're not going to die. You're going to stay with us buddy."

As Justin stayed with Brad, Tom and Todd headed back down the mountain, praying out loud.

"Literally, I said, 'Lord, send us a mountain runner who can get out of here faster than we can,'" Therrien said.

Green pointed out the request was quite narrow.

"I'm like, dude, widen it out a little bit. Why are you asking for something so specific?" Green later laughed.

But moments later, Green and Therrien ran into Katie Cerovsky, an actual mountain runner, who was able to race out and call 911 so a helicopter could arrive before dark.

That white tarp Todd brought? Justin used it to signal the chopper.

"They said that white tarp was unbelievable, we saw it the moment we came over the lake," Reid said.

That camera bag Brad carried for his friend, covering his belly? It may have prevented his death.

"When we found him, that camera case was destroyed," Reid said.

The friends came out of the experience with their faith strengthened and their bond deepened.

"Just a deeper love for my family and friends and just people in general. Things that would bother you just don't bother you anymore, because you realize they're just not important anymore," Johnson said.

Besides scars, Brad has nerve damage in his pinkies that might be permanent. But he was spared any lasting psychological effects or chronic pain.

The friends are planning to return to the Beartooth Mountains this summer for a camping trip with their whole families, which they are sure will be very emotional.