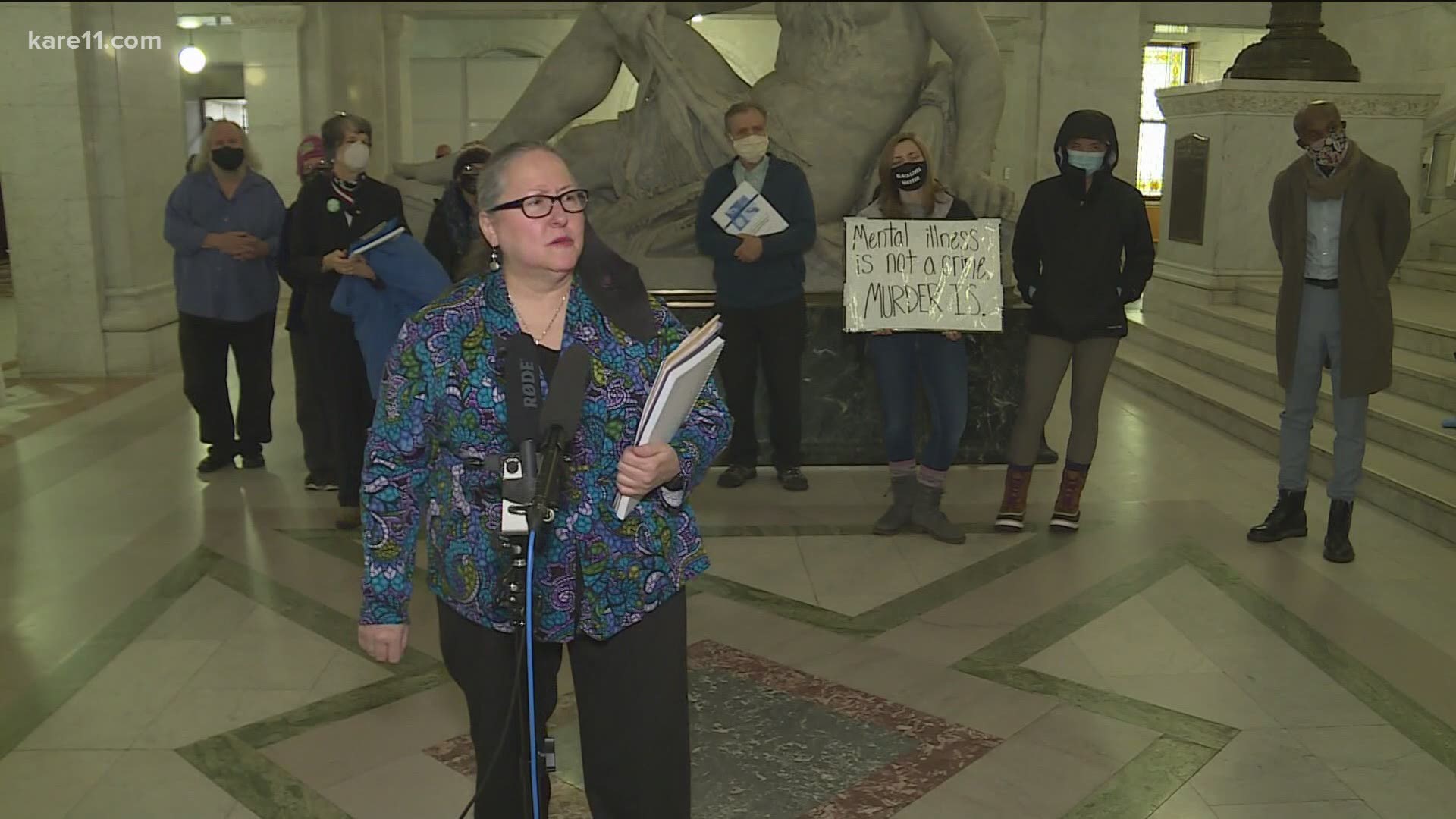 “I stayed up all night thinking of what to say to you all,” says Taren Vang.

Vang’s late boyfriend – Travis Jordan - was fatally shot by Minneapolis police back in 2018 after Vang says she called police after Jordan threatened to commit suicide. “I believe that with all my heart if community protection was built around protecting citizens, mental health professionals would have responded to the call that I made to get help for TJ,” says Vang.

Michelle Gross, with Communities Against Police Brutality, says more needs to be done to end police-only responses to mental health crisis calls. “We have a society that has defaulted to having police where law enforcement presence is not needed,” says Gross.

For the past year and a half, the organization has come up with a few recommendations listed in a research booklet. “When the mental health call comes in, the decision about what to do with that call happens at that 911 call center,” says Gross.

“We need a fourth alternative in addition to fire, paramedics and police, who we can call when there’s a mental health emergency,” says Minneapolis City Councilman Cam Gordon.

While Gross says there are similar programs in place in other cities, Vang is hoping something is done to help other families from going through a similar situation.

“I’ve seen firsthand how destructive it could be loving someone so deeply that Travis’ pain became my own, and my only hope was to seek help for him and that day became my biggest sorrow,” says Vang.

The group says they’re still working to bring together city and county officials for input on the recommendations.

A spokesperson with the Minneapolis Police Department issued a statement in response, saying,

“In 2017, the Minneapolis Police Department started a pilot program called Co-Responders. This was where officers in a soft uniform would partner with mental health workers from Hennepin County and would respond to calls for Persons in Crisis (PIC). These squads would respond to scene once they became stable and would help provide service to the person experiencing issues.

In March of 2020, with the onset of the pandemic, the Hennepin County resources were reallocated to internal jobs.

We look forward to restarting the program once it becomes feasible to do so.”