'He was a very bright young man.' Loved ones remember 16-year-old killed in north Minneapolis hit-and-run

MPD says the suspect hit several parked cars before he was later taken into custody. They say drugs or alcohol may have been a factor. 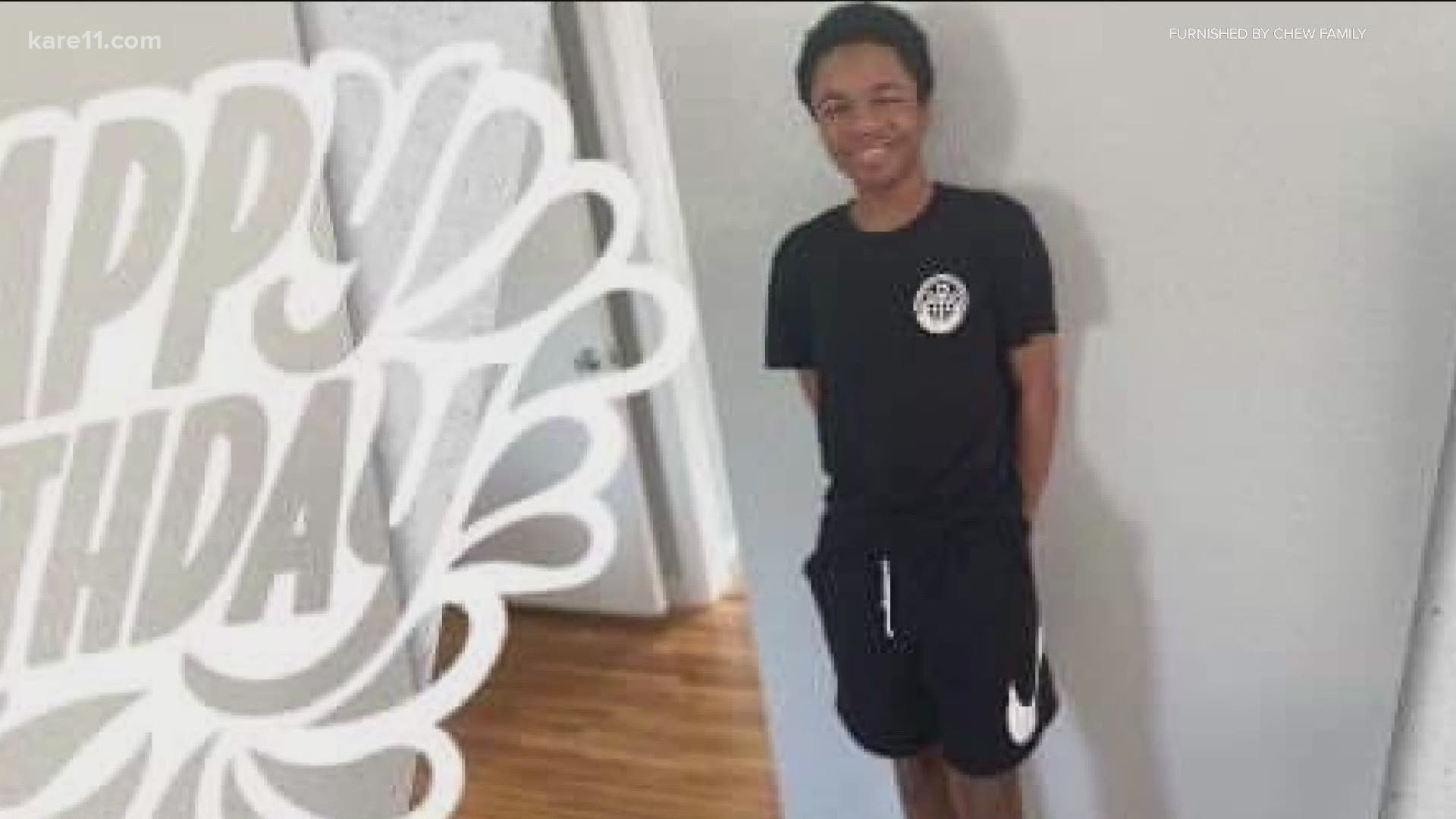 MINNEAPOLIS — “He was a very bright young man,” says Dedrick Willis. “We just celebrated his 16th birthday in April at Wisconsin Dells.”

Dedrick Willis is a pastor. He's normally comforting families during their tough times, but today – he’s standing on the other side, at the place where his 16-year-old nephew – Dychaun Chew – was struck and killed.

“He was coming from the skateboarding park off Humboldt, and like all of us we were raised when those street lights come on, you come home,” says Willis.

A spokesperson with MPD says it happened on Fremont Avenue in north Minneapolis around 8:30 Tuesday night. Police found Chew laying in the road in critical condition. He was rushed to the hospital – where he was met by family and his heartbroken mother – who Willis says tried to get in contact with her son when she heard about the hit and run.

“They let her get to my nephew in time for her to have some encouraging words before he expired,” says Willis.

Several cars along the street were also damaged as police say the suspect continued to drive down the street after hitting Chew. Eventually. the suspect in the car ended up in Barbara Orman’s yard.

The suspect was eventually taken into custody.

“He was in his car when he pulled up here, and the car was just roaring and I’m like, “Oh my God, what’s going on?” says Orman.

While Willis says the family is now planning Chew’s funeral. “His core group of friends, as you can see behind me, and we are just at a loss for words,” he says.

Willis is now praying for a community and his family, mourning a tremendous loss.

“And when you have a child that says, "I’m going to be responsible, I’m not going to play in the street," and he can’t make it home, we got to do better,” says Willis.

MPD says drugs or alcohol may have been a factor. We are still waiting to hear an update about potential charges.

OTHER NEWS: MSP coming off of busiest week since the pandemic started