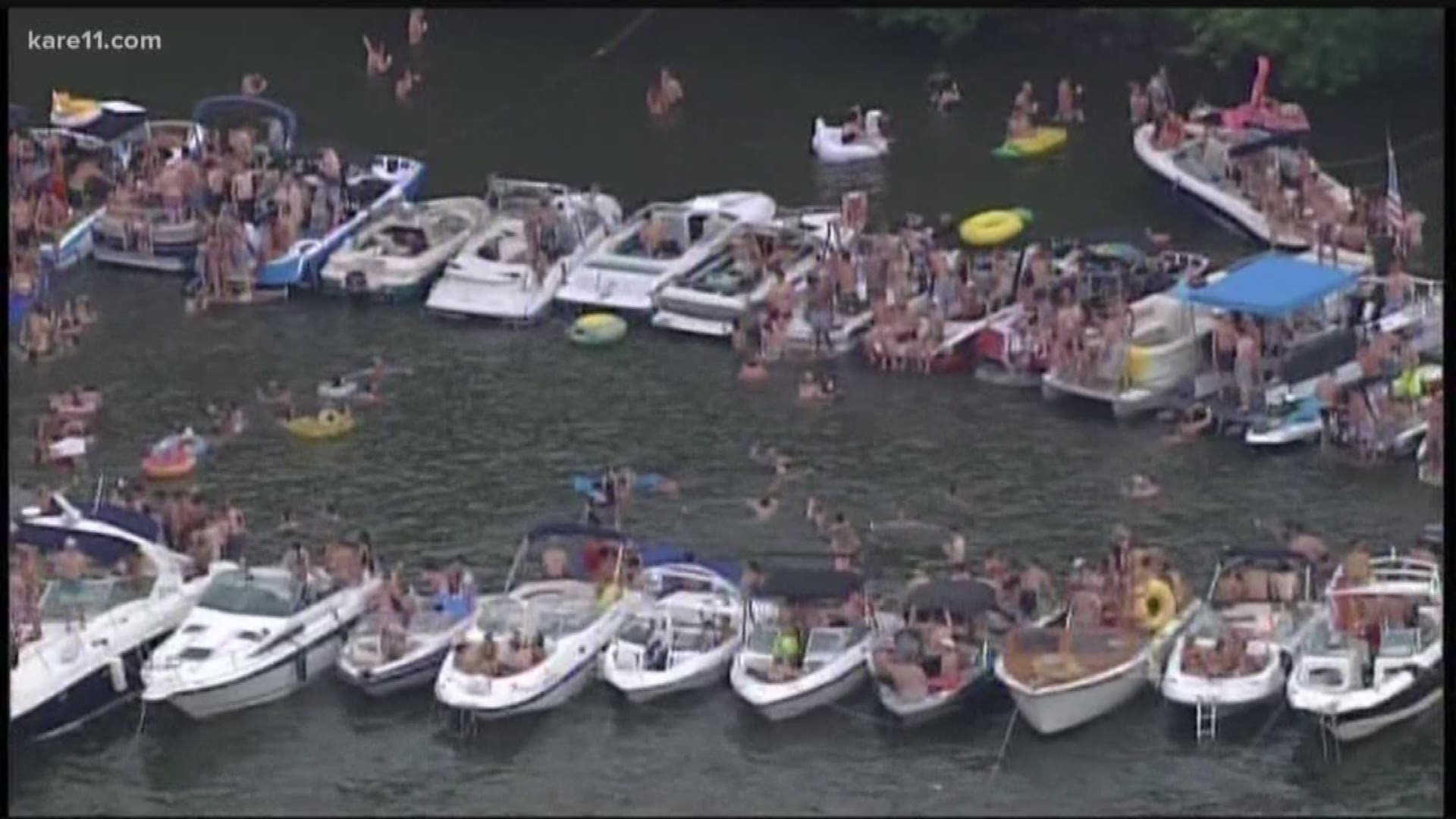 MINNETONKA, Minn. — What started as concerns is now a confirmed outbreak, with dozens of people getting sick after spending time on Lake Minnetonka.

The county says most of them spent time near Lake Minnetonka's Big Island on July 4.

"The symptoms that we're dealing with are really consistent a food or water borne exposure, so there are a number of common diseases we're looking into at this point," Dave Johnson, Epidemiology Manager with Hennepin County Public Health said.

Johnson declined to name any specific diseases they're considering.

"This many people being sick at once is relatively uncommon, though. So, we are considering this an outbreak," he said.

Johnson says they're testing fecal matter submitted by some of the people who got sick. They hope to determine a cause by the end of the week.

Thomas Washington spent the Fourth near Big Island with his friends.

"It's easier to count the couple of kids who didn't actually get sick," he said when asked how many of the approximately 25 people in his group got sick, "Sunday morning I woke up and just felt sick to my stomach, like vomiting, throwing up all day."

Washington says his symptoms are consistent with E. coli. Those symptoms include diarrhea, vomiting and cramping.

In addition to E. coli, a top Google search Tuesday related to the Lake Minnetonka illnesses included norovirus. Symptoms of that are similar: Diarrhea, vomiting, nausea, and stomach pain.

Health officials say if you have symptoms, you shouldn't go swimming or prepare food.

Hennepin County monitors the water at 31 beaches in the county.

They have that information here.