Hennepin County officials are doing their part to provide shelter ahead of what they say is expected to be a troubling winter. 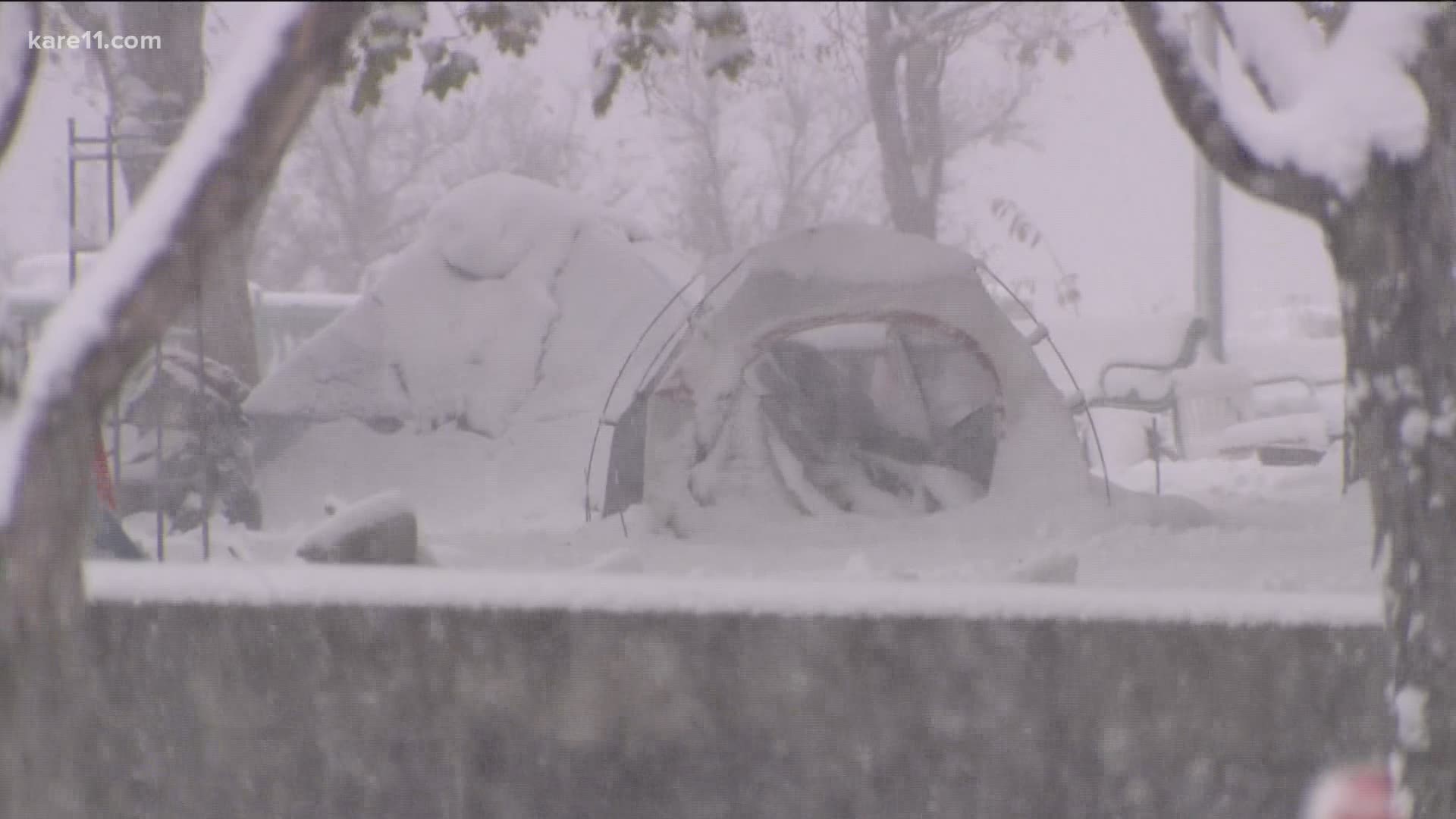 MINNEAPOLIS — On a cold fall night when much of the metro has seen its first significant snowfall of the season, thousands of unsheltered people and families from St. Paul to Minneapolis are being left to weather the storm out in the elements.

"Our vision is to meet the needs of those in need, knowing that that is what creates safer communities," said Ramsey County Manager Ryan O'Connor.

Part of that vision was rolled out Tuesday in a Ramsey County board meeting to forge an agreement on an 18-month lease for Bethesda hospital to be converted into a homeless shelter. The $1.1 million project is set to launch in December, providing 100 beds to those in need.

Hennepin County officials are also doing their part to provide shelter ahead of what they say is expected to be a troubling winter trying to manage the unknowns of COVID-19, while keeping people safe.

Through the CARES Act, Hennepin County is designating $13.3 million to purchase a hotel providing more than 100 units to the unsheltered and at a greater risk of contracting COVID-19. They’re also allocating $2.2 million to launch an indoor village housing another hundred.

While these may be short term fixes heading into the winter months, county officials say they all have one end goal in mind.

"The long term goals and where we always need our focus to be is on housing, and getting people into permanent housing," said Hewitt.