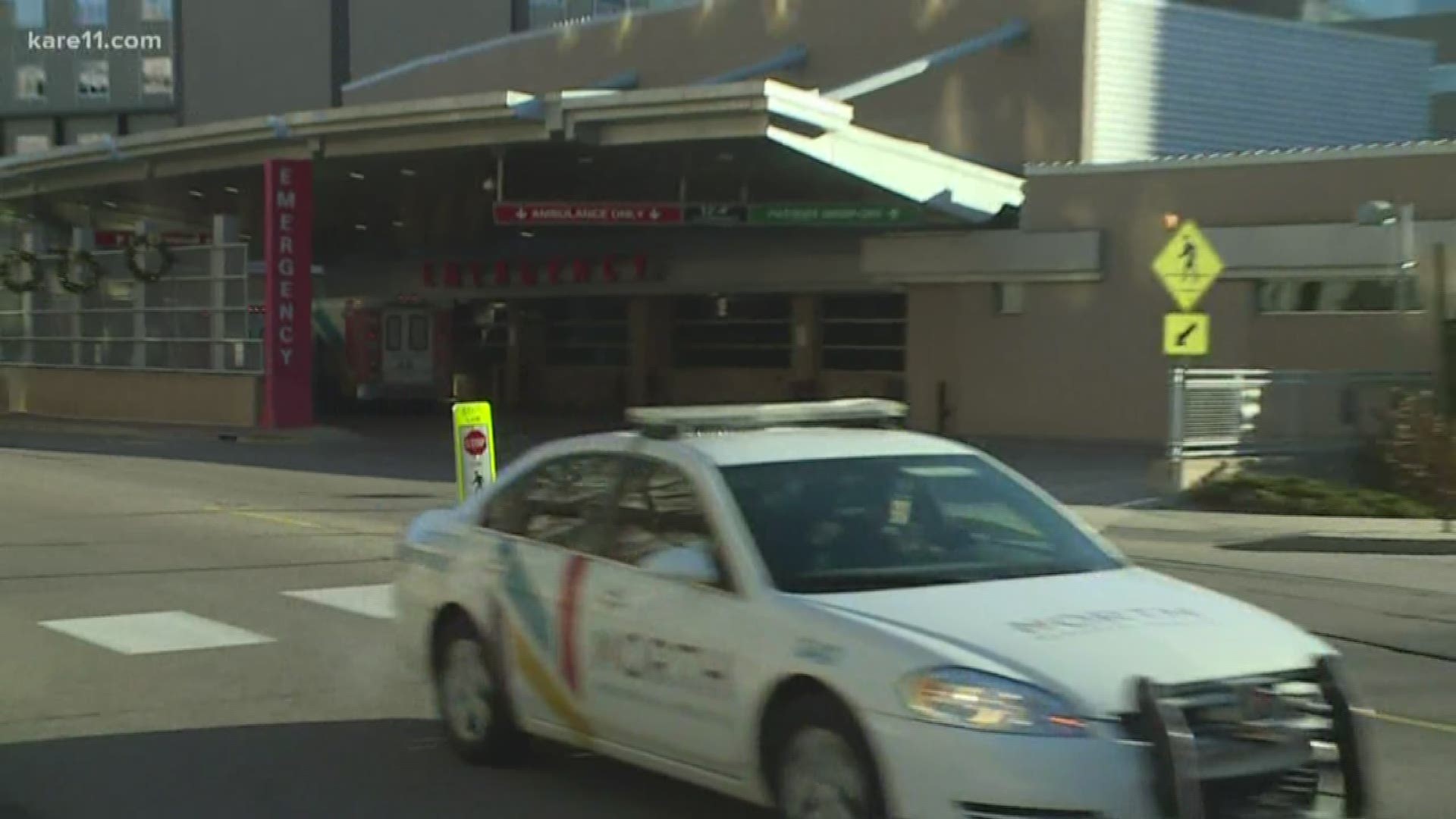 MINNEAPOLIS — Minnesota hospitals have taken many steps in the past decade to prepare for outbreaks of violence, but concerns remain for the safety of healthcare workers and patients.

The latest reminder came Thursday when a large disturbance broke out at North Memorial Hospital in Robbinsdale, involving dozens of visitors.

"A couple of fights broke out, so the hospital went into lockdown," Robbinsdale Police Chief Jim Franzen told KARE.

"When our officers got there at least 50 people were throughout the hospital, starting to cause a disturbance, anything from verbal altercations, people pounding on doors and windows that were locked. And so, I think emotions were high."

Chief Franzen said a gunshot victim had been brought to North Memorial by ambulance from Faribault, Minnesota. Friends and family of the victim converged at the hospital, where arguments escalated.  Once lockdown began, some people were upset they couldn't get into the emergency room.

The officers on the scene asked for help and eventually officers from six other agencies arrived to help calm the crowd.

"It sounds like a lot of officers, but it’s actually a way to make sure we can safely control everyone," Franzen explained. "If it’s just a few officers in a large crowd there’s more of an opportunity for something to go wrong."

In the end there were no injuries to patients, staff or visitors.

Franzen said officers worked with North Memorial administrators, chaplains and other staff to bring things back to order. One man was arrested and later released but may face misdemeanor charges.

State lawmakers passed a bill in 2015 requiring hospitals to create comprehensive plans to prevent and respond to violence. Earlier that year surveillance video surfaced, showing a patient at St. John's in Maplewood swinging at nurses with a metal pole from an IV stand.

Even before that legislation the medical industry and healthcare unions were already working with the Minnesota Department of Health to create a standard "gap analysis" -- a tool hospitals could use to identify security deficiencies.

But union nurses have continued to stress safety concerns in contract negotiations and in the halls of the State Capitol.  In a Minnesota Nurses Association membership survey nearly 60 percent of registered nurses said they had experienced violence in the work place.

"You know I’ve seen nurses that have been in the field for 30 to 40 years and they’ve never seen violence like this before," Carrie Mortrud of the MNA told KARE. "They’re trying to provide care, which puts you as a registered nurse in a vulnerable position."

Mortrud said hospitals and unions have implemented training on how to diffuse violent situations, but asserted enhanced staffing levels would make hospitals safer in the end.

"If there’s more hospital staff that come and surround the incident or the patient whose violent, that will de-escalate things because the patient will say, 'I can’t take on all these people'."

In a statement issued to the media Friday, North Memorial said the hospital's safety protocols worked as designed, because the staff worked with law enforcement partners to resolve the situation peacefully.

"It is not uncommon for family members of patients to have strong emotional reactions to their loved one’s situation. Knowing this, we have procedures in place to provide skilled and compassionate care to the patient and the immediate family while also working to minimize risk to patients and staff." 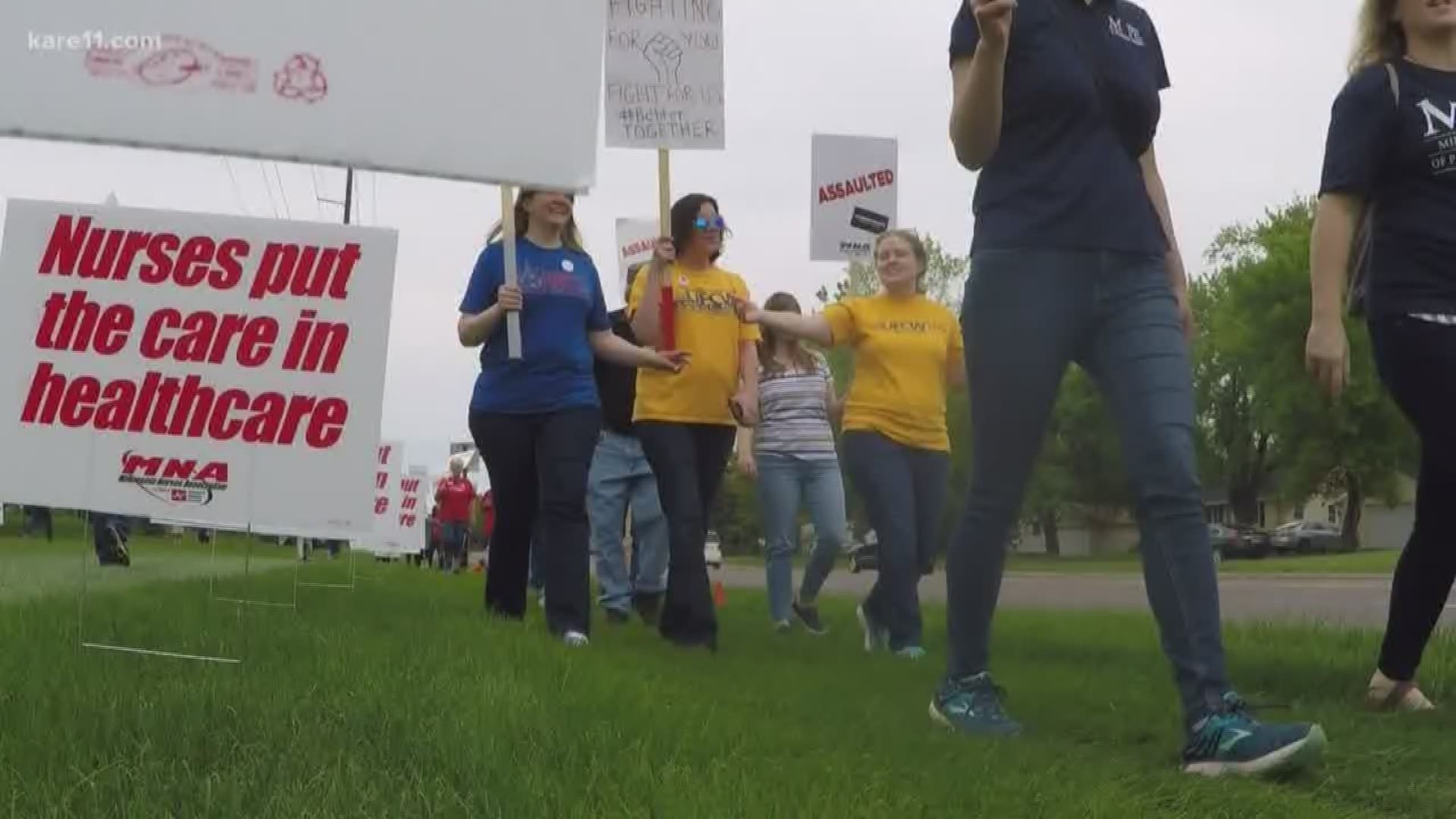 The Minnesota Hospital Association also weighed in Friday, emphasizing the work being done statewide to protect patients, visitor and staff at hospitals. The MHA statement read, in part, as follows:

"While all workplaces are experiencing increased violence, hospitals can be places of some of life’s greatest stresses. That’s why hospitals and health systems have been working on violence prevention, response plans and training, including extensive training on de-escalation, for years now, in partnership with health care professionals from across disciplines, including nurses, physicians, care teams and health system staff.

Chief Franzen said his department has been involved with North Memorial's violence prevention planning efforts, and the hospital has continued to boost security. He said recently a Hennepin County Sheriff's Office deputy was brought in to help with safety patrols.

"The hospital has plans in place, and they have their own security, so probably 90 percent of the stuff that goes on down there they handle on their own."