How Marie Kondo is sparking a national movement

What is the "KonMari Method" and why is it sparking a national movement? 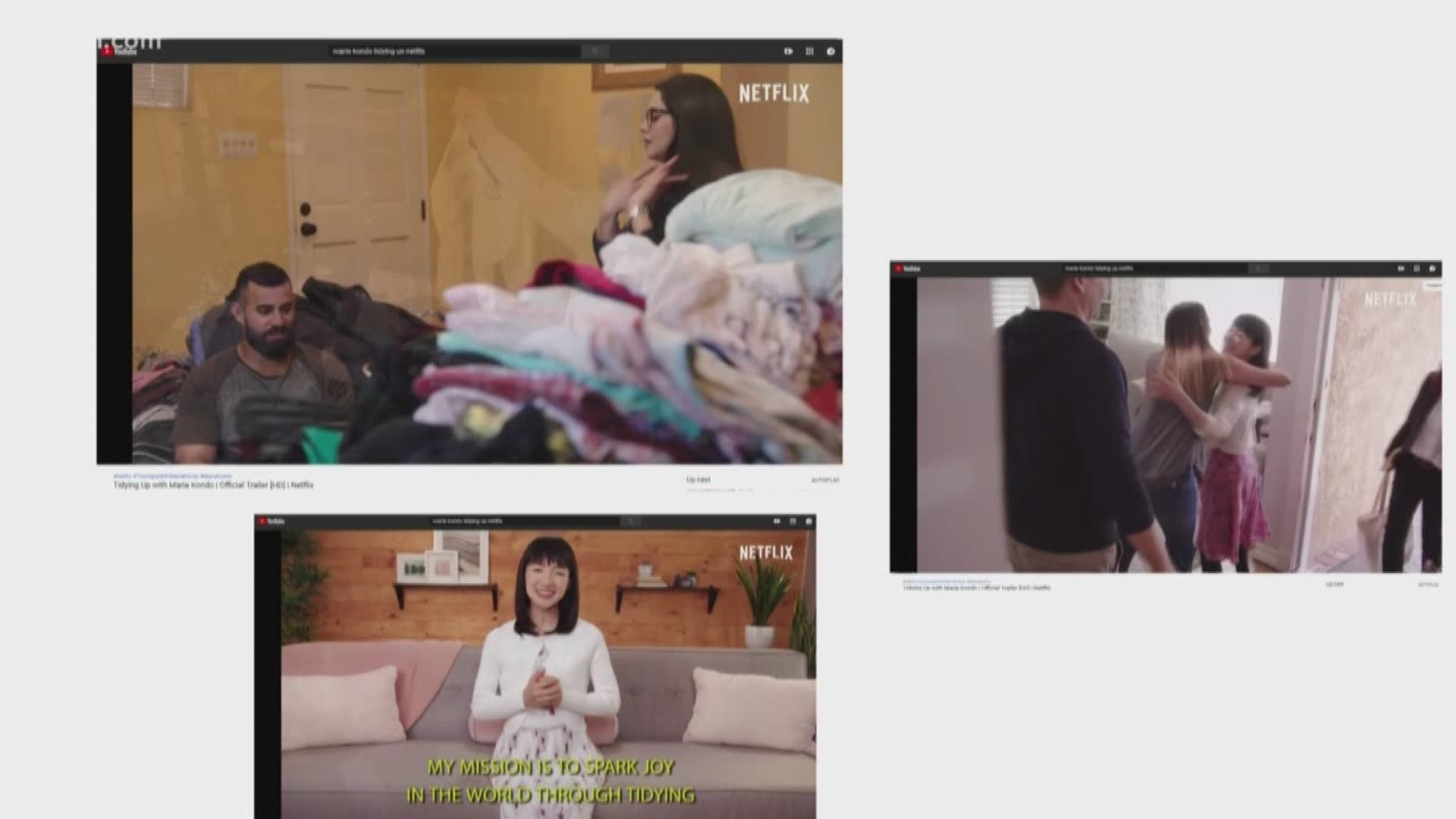 The Japanese organizational guru's best-selling book, “The Life Changing Magic of Tidying Up,“ was recently turned into a Netflix show. The show, which demonstrates Kondo’s methods of getting rid of clutter has become a massive hit.

Obviously, Kondo is not the first to preach the value of organizing our spaces. So why is her method breaking through?

According to professional organizer, Melissa Klug, it might be because of Kondo’s demeanor. Klug says, Kondo is kind and calm and does not demand perfection.

“I think the show demonstrates the houses aren't perfect at the end,” Klug says, “They are real houses that real people live in.”

Klug went through intense training last spring, some with Kondo herself, to become a Marie Kondo certified consultant. She is one of only three in Minnesota.

“Marie's method differs from most others by instead of doing room by room which is what most people do,” Klug says, “Marie goes in a very specific order of categories.”

To “Konmari” your home, you divide your things into those categories and go through each category in order, holding up items and asking yourself, “Does this spark joy?”

If the answer is “No” you “thank” the item before you get rid of it.

This is the part of the method, Klug admits, that makes Americans uncomfortable. She encourages everyone to do it anyway.

“It is one of my favorite parts of the method because it really makes you be able to say, ‘Shirt, I had a great time with you at the gym and you can go on now to a second life.’”

Thanking the inanimate objects, she says, helps people get over the guilt of parting with the item.

And Klug adds that the guilt over the amount of stuff we have is real.

If you want to start the process, you can, of course, do it on your own. But if the thought has you paralyzed, it might be time to call someone like Klug.

“There are professional organizers all over the state of Minnesota. This is what we do every day. It’s the same thing as hiring a plumber or someone to do something around your house we are just a different way for people to get help within their own house,” Klug says, “I always say decluttering your house can change your life and it sounds melodramatic but it really is true. I have seen it happen.”