How reducing food waste can impact the environment, your wallet

Laura Bishop, Commissioner of the Minnesota Pollution Control Agency, says the average household throws away about $1,400 worth of food per year. 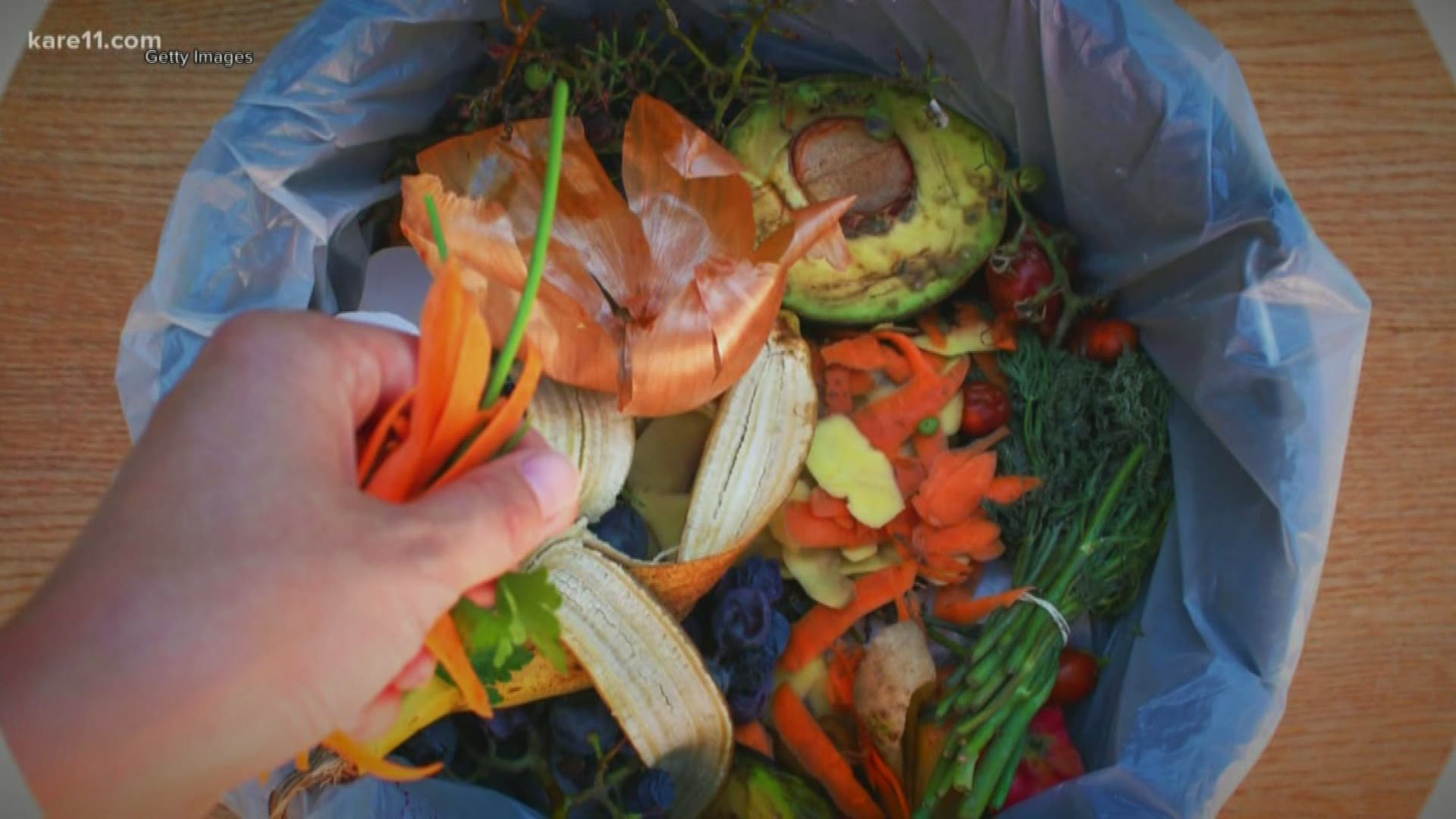 "About 40% of food is thrown away,” says Laura Bishop, Commissioner of the Minnesota Pollution Control Agency.

That’s a fact. About 40% of all the food produced in the U.S. gets trashed. And hold on to your drumsticks, because we're about to give you some more numbers that will chop your chives.

Globally we throw out about 1.3 billion tons of food each year. According to the National Resources Defense Council, it adds up to more than 400 pounds per person, each year, in the United States. Wasted food is the number one thing in our landfills and it's destroying our environment.

“We look at this from a greenhouse gas emissions and climate impact,” says Bishop.

Food in landfills creates methane. More greenhouse gases than 37 million cars on the road. And if that's not enough to make you want to cut down on food waste, how about this?

“The average household spends about $1,400 a year more than they need to on food that's going to waste,” says Bishop.

There's a big ol' punch to the pocketbook. So, the MPCA is doing its best to educate folks on how to save money while cutting down on food that end up in landfills.

Ayanle Aden is part of a program with the paper Greening Frogtown in St. Paul. They got a grant from MPCA to work with families on tips to cut down on waste.

"A lot of food waste is things we buy at the grocery store. They're never opened, they're not touched, you find them in the back of your refrigerator, and they're spoiled and you can't eat them,” says Audrey Seligman, who heads up the project.

Seligman says cutting down on waste starts before you even go to the store.

Tip No. 1 Make a plan.
Figure out the meals you'll make for the week.
Make a list of ingredients you'll need and stick to it.
Can't think that far ahead? Try shopping more often. If you shop every couple of days for food, you're less likely to over buy or buy things you forget about because they're hidden in the back of the fridge.

Tip No. 2 Keep your refrigerator organized.
You can't eat what you can't see. Move things that expire first to the front and then eat those first. If you wash and cut up veggies right away, you’re more likely to use them.

Tip No. 3 Know how to store your food to make it last longer.
Some fruits and veggies go in the fridge, some don't. Don’t wash fruit until you’re ready to eat it to help prevent mold. And those use by, sell by, best by dates? They're just suggestions. Judge your food by its smell and appearance instead.

Tip No. 4 Eat your leftovers
Don’t just put them in a container to be forgotten, and thrown out two weeks later, when you finally clean the fridge. Turn them into tomorrow’s lunch or reinvent them for breakfast. There are several apps that help you figure out how to turn leftovers into another meal or how to take the things you already have in the refrigerator or pantry and make a brilliant recipe. SuperCook, Allrecipes Dinner Spinner,  BigOven, just to name a few.

Tip No. 6 Don’t scrap your scraps.
Scraps can be used in sauces and stocks and smoothies. Freeze them if you’re not ready to use them now.

Tip No. 7 Whatever you can’t use, compost.
I know, I know, this sounds just like putting it in a landfill, but there is one very important difference. Food in a landfill is buried and doesn’t get oxygen, so it produces methane. A compost pile, however, is exposed to oxygen by either turning it, or by using worms or other living organisms, which produces carbon dioxide instead of methane.

RELATED: TKOYM: Be your own boss

RELATED: TKOYM: The latest, greatest ways to sell your stuff