Comcast/Xfinity has agreed to issue refunds to 15,600 Minnesotans and forgive debts for another 16,000. 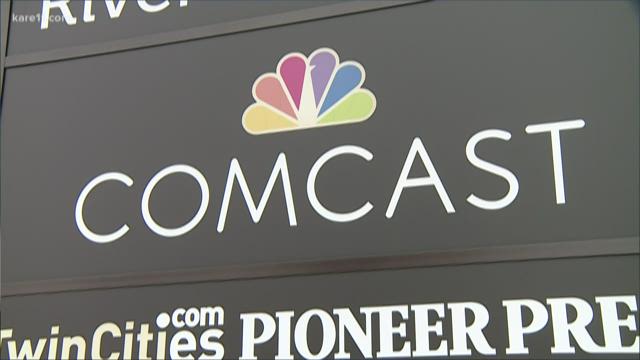 Comcast/Xfinity has settled a lawsuit with the Minnesota Attorney General's Office that entitles thousands of people in the state to refunds or debt relief.

Attorney General Keith Ellison announced the settlement on Wednesday. Comcast has agreed to issue refunds to 15,600 Minnesotans, and forgive debts for another 16,000. That's a total of millions of dollars they will have to pay or forgive.

The AG filed the lawsuit back in December of 2018, alleging that Comcast/Xfinity charged customers in Minnesota more than it promised it would, including undisclosed "fees." The lawsuit also claims the company charged for services and equipment that were not requested. Finally the AG's office accused Comcast of promising prepaid gift cards as an inducement to sign multi-year contracts, and then failed to deliver the cards.

Under the terms of the settlement, Comcast will give refunds to Minnesota customers who:

Comcast will also wipe the debt clean for 16,000 customers that did not pay an early termination fee, and will notify the credit bureaus so that those people's credit history is not negatively affected.

The AG's office says Comcast will be sending a claim form to everyone who's eligible for the refund, and issuing checks within 60 days after the claims period has closed.

They'll also provide $160,000 to the AG's office to issue further refunds to customers. Anyone who's been overcharged by Comcast since 2013 can fill out this form. Xfinity is Comcast's internet and TV provider brand.

“Today’s settlement with the Minnesota Attorney General reflects our ongoing efforts to improve the customer experience. While we disagree with the allegations initially made in the lawsuit – which do not reflect our policies and practices – we agreed to settle because we are committed to partnering with Attorney General Ellison and others who share our commitment to improving the experience of our customers in all respects. We believe this settlement agreement furthers that shared goal.”

Watch below or click here: Minnesota AG sues Comcast in 2018