Library officials say some of the children's book collection will likely need to be replaced. 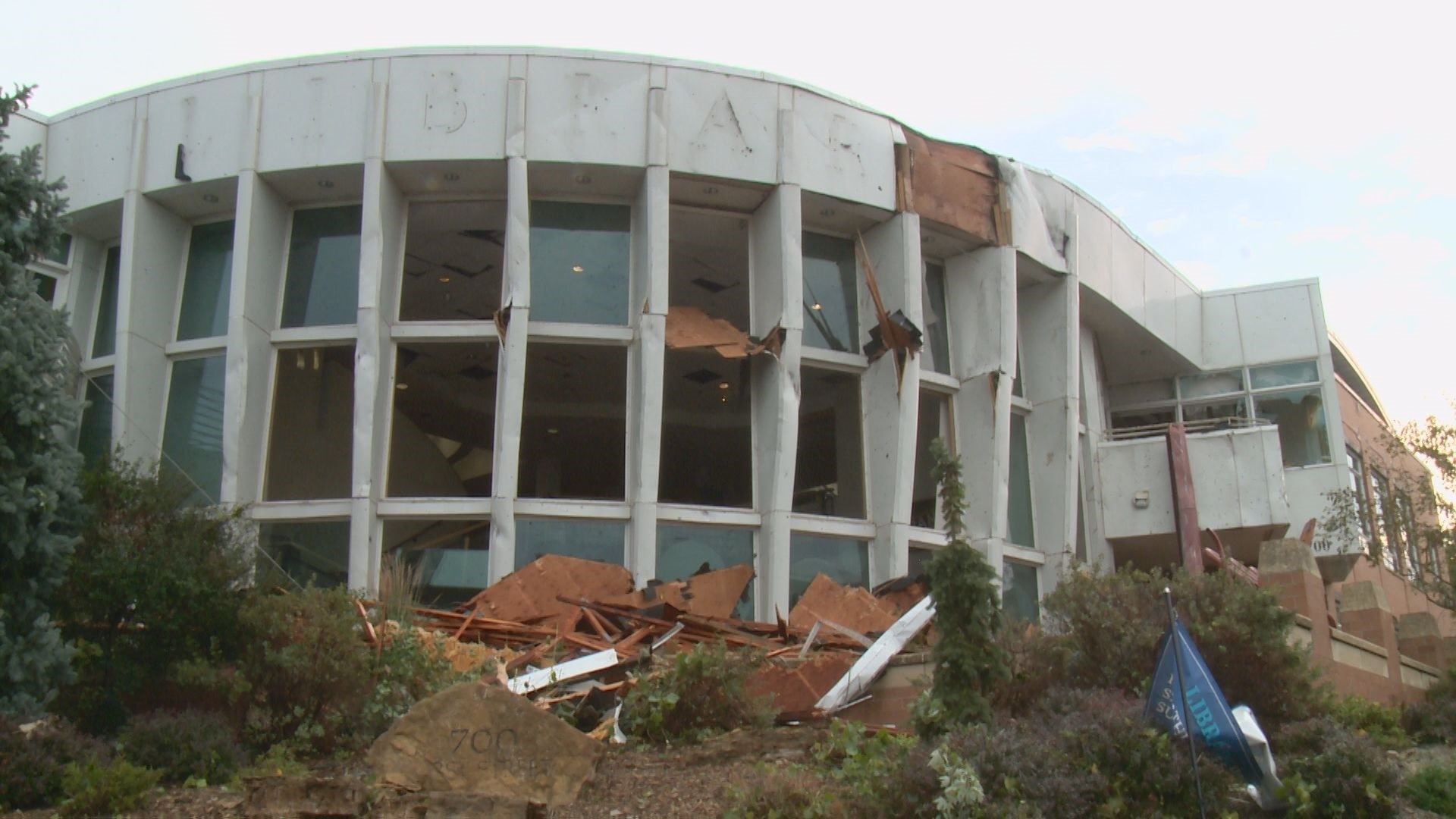 HUDSON, Wis — Cleanup is underway at the Hudson Public Library, after severe weather overnight caused significant damage to the building.

"It's not good, but we can get through this," said Paul Berning, president of the Hudson Area Library Board of Directors.

The storm shattered several large windows and damaged the exterior of the building. Roof tiles also came down inside the library's large atrium. Broken glass is scattered throughout many areas of the library, including a children's area, where some of the materials also suffered water damage.

"That collection's probably going to have to get replaced," Berning said. "The water damage, a lot of times books just aren't salvageable because mold comes much, much later."

The same storm system toppled several large trees near the library in downtown Hudson. Electricity was also knocked out for portions of the city.

I’m in #Hudson covering the storm damage.The park by the river was hit especially hard, along with the library and streets up from it.

Power is out and so are tons of people looking at the mess. Crews are working hard to clean it all up.@kare11 pic.twitter.com/F2fCX1o5ee 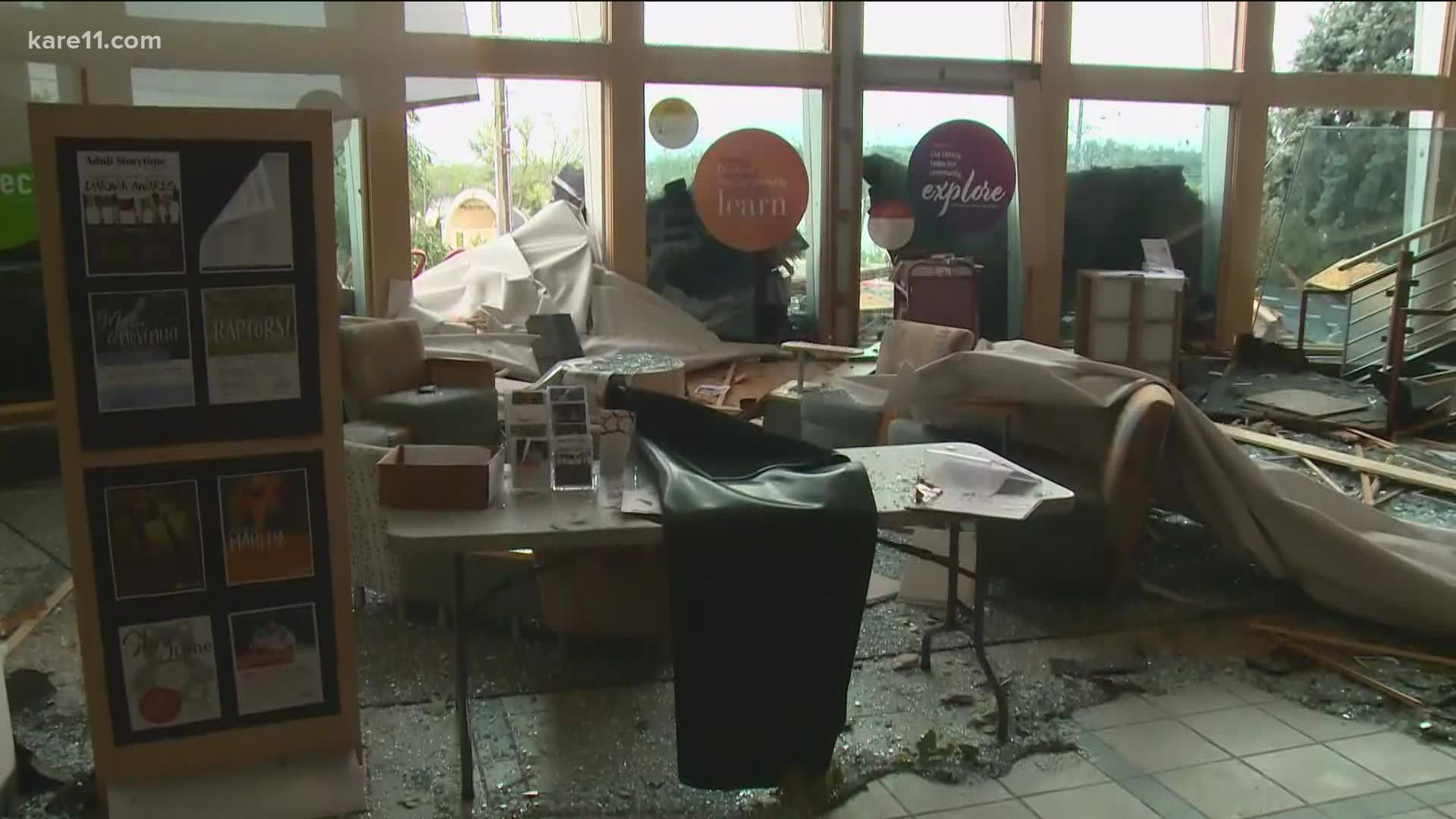 According to the National Weather Service, wind gusts were near 60 mph in portions of the Twin Cities metro area overnight, with a 64 mph gust recorded at MSP airport just after 3 a.m.

KARE 11 Sunrise weather anchor Guy Brown visited Hudson late Friday morning, noting the power of the wind gusts that hit the city, with trees easily uprooted in the saturated soil from the rain.

Berning said he expected the Hudson Library would remain closed for at least a day for cleanup. The library's board will then meet to discuss next steps, but he's hopeful the support of the community will help get the library back up and running soon.

"Pretty daunting damage," Berning said. "We got a ways to go to get this thing cleaned up and back in shape, but I think we'll be all right on the other side."