Hundreds gather in Elk River to mourn girl allegedly abused, murdered by her father and step-mother

The crowd came out to support Autumn's mother in several ways. 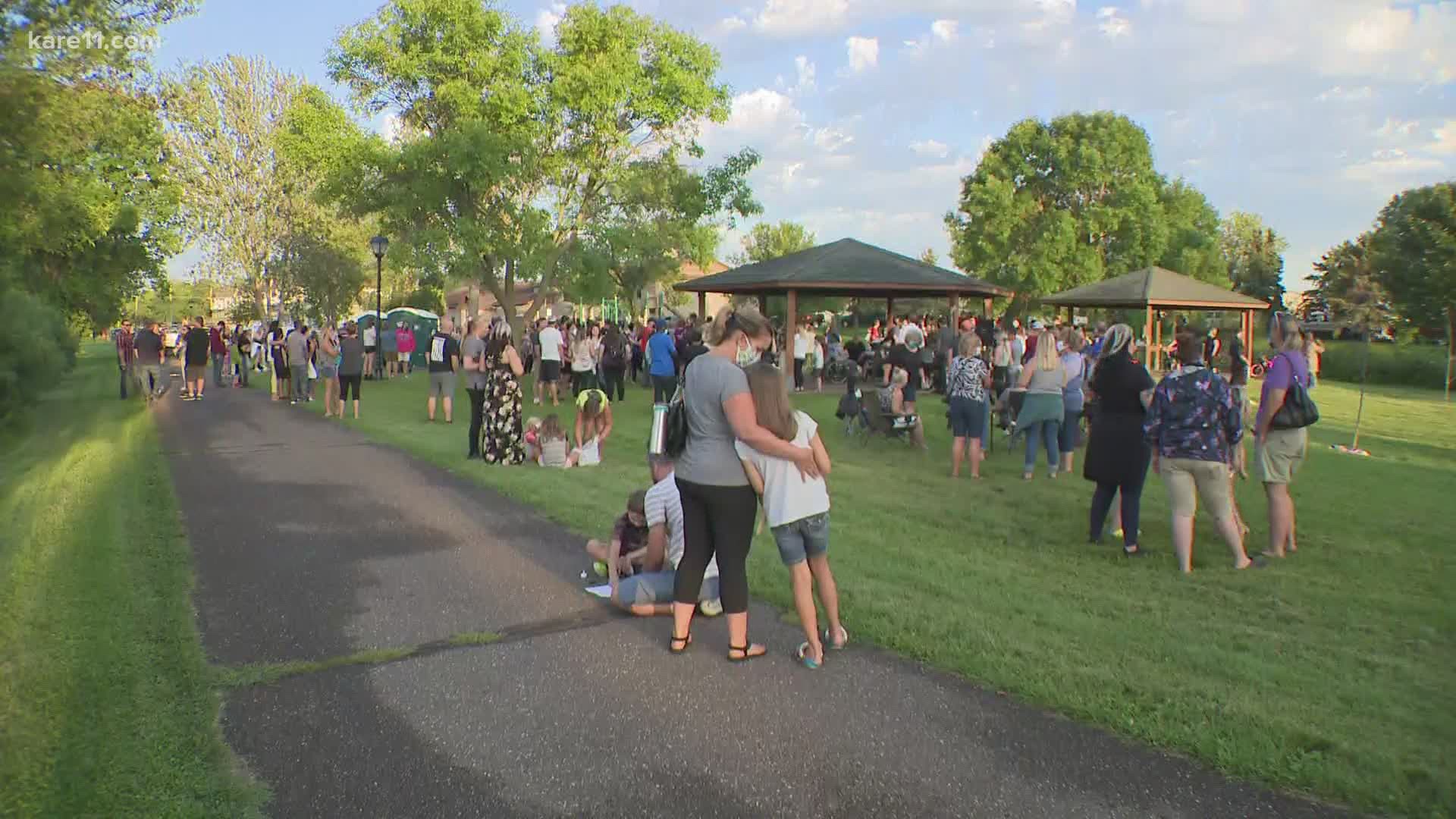 Several hundred people gathered in Elk River on Wednesday night to celebrate the life of 8-year-old Autumn Hollow, who was allegedly murdered by her father and step mother last week.

Dozens of pickups paraded through Lions Park to show support for Autumn's mother, who was there, surrounded by family. Though she didn't speak to the crowd, according to the complaint, she told investigators that she had no idea that her daughter had been subjected to abuse because Autumn's father had blocked her from seeing her since January, citing COVID-19.

"On behalf of the family, we thank you for showing up for them, to remember Autumn during this very difficult time," said Teresa McNamee, Executive Director of Rivers of Hope, a domestic and family abuse prevention non-profit. "Their grief is indescribable and for reasons unimaginable."

Brett and Sarah Hallow, Autumn's father and step-mother, have each been arrested and charged with second-degree murder and first-degree manslaughter in her death.

Elk River police were called to their home on Thursday, after they reported finding her partially submerged in the bathtub.

But according to the complaint, officers reported that Autumn appeared to be extremely frail and thin, suffering from partial hair loss and bruising.

"Based on the condition of (Autumn's) body, law enforcement believed (she) had been deceased for some time," the reported stated.

An autopsy conducted by Midwest Medical Examiner’s Office, disclosed in the complaint, found that her death was caused by asphyxial injuries and blunt force trauma.

According to the complaint, investigators spoke to the couple's 6-year-old son and 10-year-old daughter. The children told investigators that their parents would tie Autumn with a belt and sweatshirt in a red sleeping bag sometimes as a punishment, the complaint reads.

The son said he had heard her screaming from the bathroom on the day of her death, and later heard a loud "bang", the complaint states.

"It is difficult to understand how her death happened in a place where she should feel safe, and at the hands of her parent, a trusted adult in her home," McNamee said.

Despite the family's pain, McNamee says she was asked to speak at the vigil in hopes that Autumn's death might prevent another.

"Children and youth face violence in their homes regularly, but all too often it's considered a family matter, a private matter," McNamee said. "We cannot keep this private any longer."

A #JusticeForAutumn GoFundMe page has already raised more than $28,000 for her mother's funeral and legal expenses.