Minnesota high school games are again being forced to reschedule because referees are unavailable. 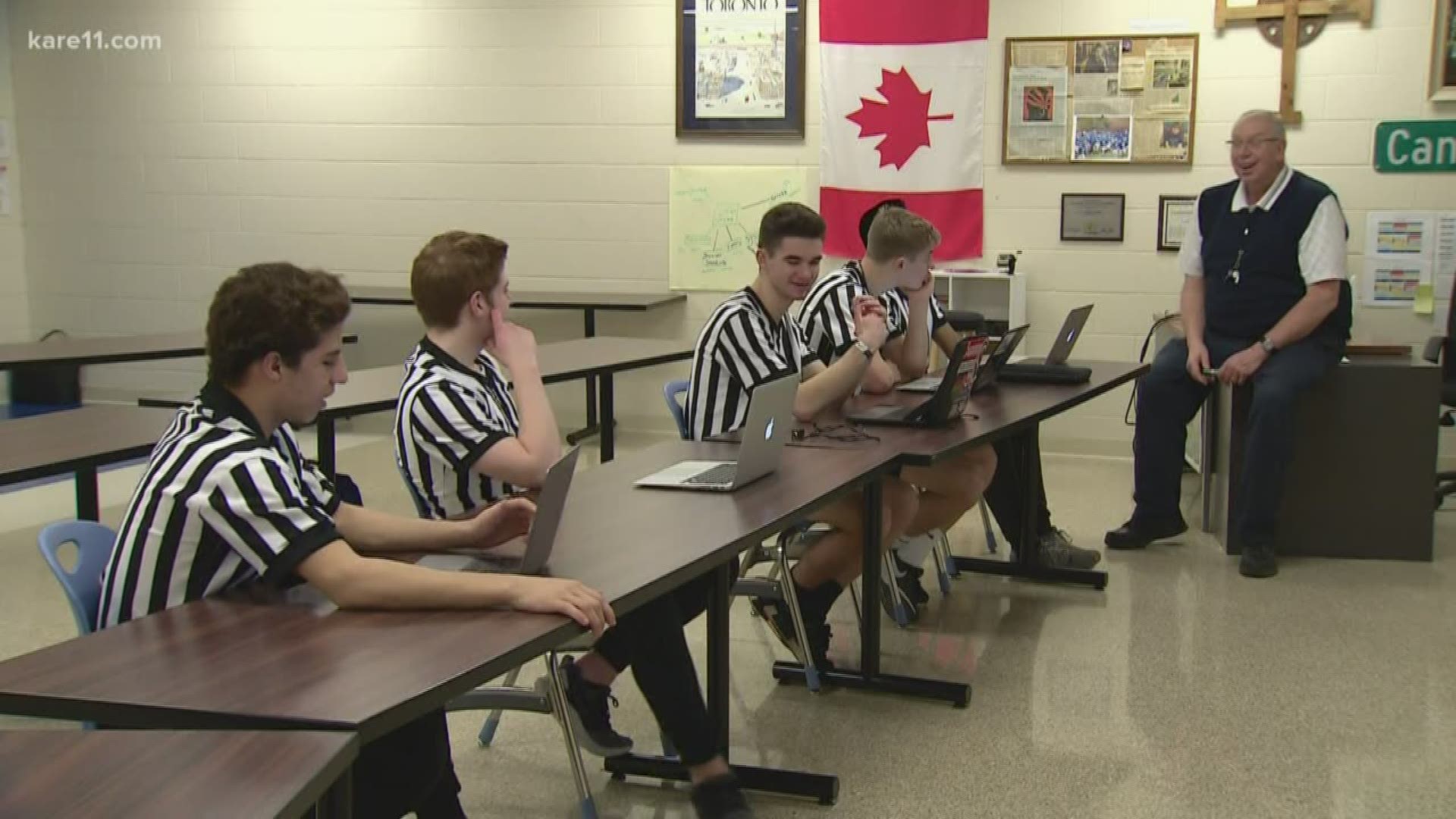 "That's just something I wanted to do, because I've always played baseball and loved baseball," Olmscheid said.

But not many of his peers share the same part-time job. And if you go to a varsity game, you'll notice most of the officials are considerably older.

"If you look at the referees that come to our athletic events… many of our referees are middle age or older. There's not a huge number of young referees coming into the mix," said Hutchinson High School Principal Rob Danneker.

There is a referee shortage across the country.

"Especially when you get out-state Minnesota, especially for certain activities, it's getting to be a serious problem," said Hutchinson activities director Thayne Johnson.

According to the Minnesota State High School League, there are about 6,200 certified officials across all sports. That is down from about 6,800 officials 10 years ago.

While the drop isn't dramatic, the MSHSL says the number of games across the state has increased, stretching the numbers even thinner.

The number-one reason cited by refs getting out, according to a national survey, is dealing with abusive fans and parents.

Hutchinson officials believe that is a big deterrent as well.

"That would probably be the No. 1 reason why younger people are not getting into it," Johnson said.

So Hutchinson High School is trying to be proactive. They just approved a new officiating class for grades 9 through 12.

It is similar to classes at St. Thomas Academy and Dassel-Cokato, with hopes of generating new interest and providing a life-long skill that provides exercise and a little extra cash.

"If we can just play a small role in strengthening the official pool for the entire state, I think we've done our part," Johnson said.

"I think that would be really cool; a good opportunity to get more people to ref or officiate for sports," Olmscheid said.

The officiating course at Hutchinson will be offered starting in the fall, with each trimester focusing on different sports.