The ice chunk went into her windshield and hit her in the face, but she managed to get out with only a couple scrapes and scratches. 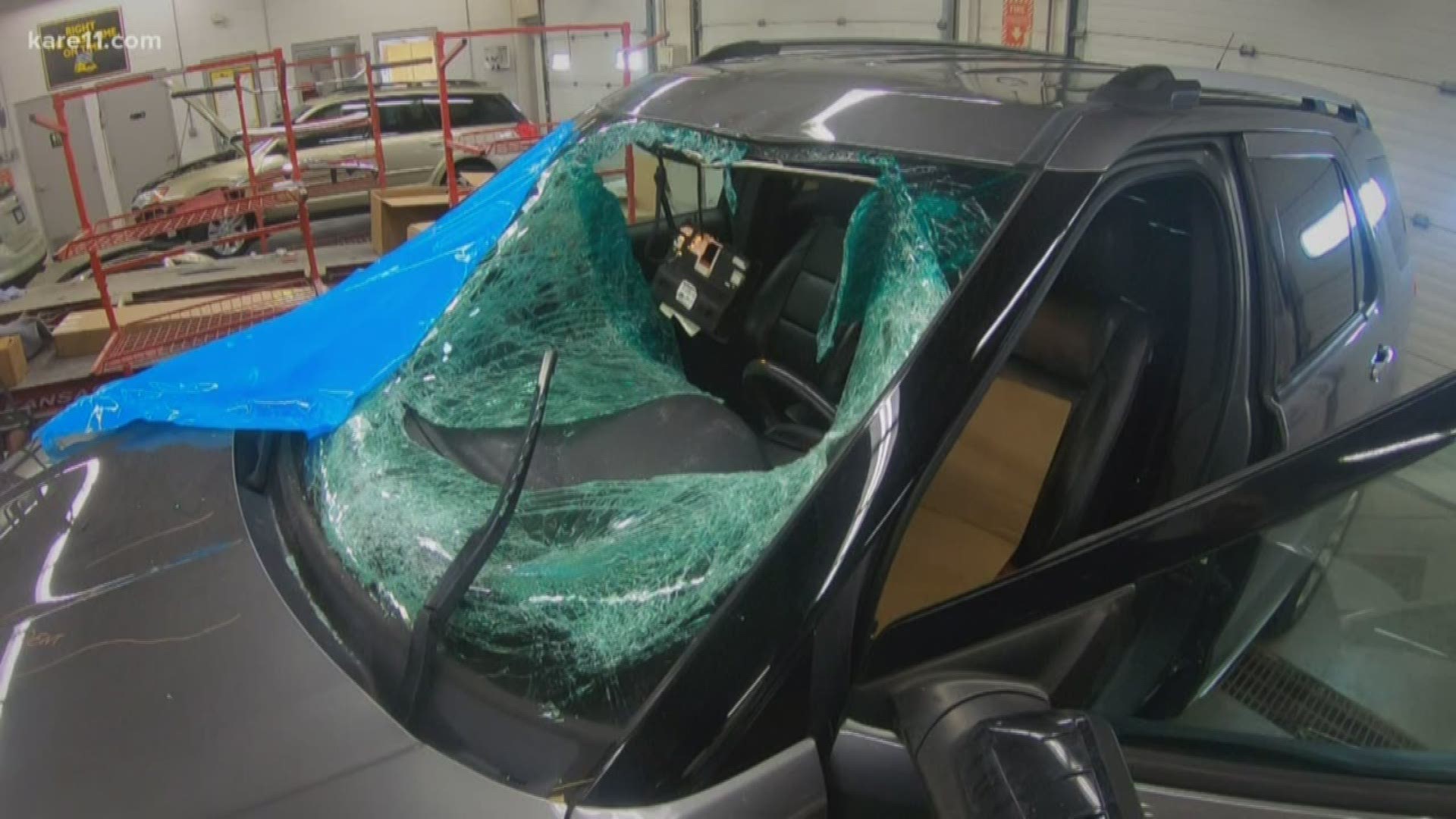 GOODHUE, Minn. —
She's been through 14 winters in Minnesota, but Sophia DiNatale never expected it to happen.

This past Saturday it did.

"It's definitely changed the way I think about winter," said DiNatale.

When she was driving home on Highway 58 near Goodhue, DiNatale says a pickup truck with a trailer was on the other side of the road.

"Coming from the opposite direction. Their trailer bounced and ended up having ice in the back of it and it bounced over into my windshield," said Sophia.

Into her windshield and through it.

"So I got hit in the face and it bursted," she said. "Only got out with a couple scrapes and scratches."

She says the other driver was gone by the time first responders arrived.

At Abra Auto Body and Glass is DiNatale's car.

Sophia now hopes to use this to spread a message.

"Make sure we're taking the extra time to clear off ice and snow because it does happen," said DiNatale.

Her mom shared her story on Facebook and it went viral with more than 7,000 shares.

The Minnesota State Patrol says all drivers must clear their cars of snow and ice entirely before heading out.

"I know a lot of my family and friends are like yeah we need to make sure we do this now," said DiNatale.

We looked at several state statutes to find out what a driver could face if they don't clear snow and ice off their car or truck.

As long as no one is seriously injured or killed, the offense is a misdemeanor. The driver faces a fine up to $1,000.