While many on social media call it a "mockery," many addiction professionals and P.R. pros say the campaign is effective because it got people talking. 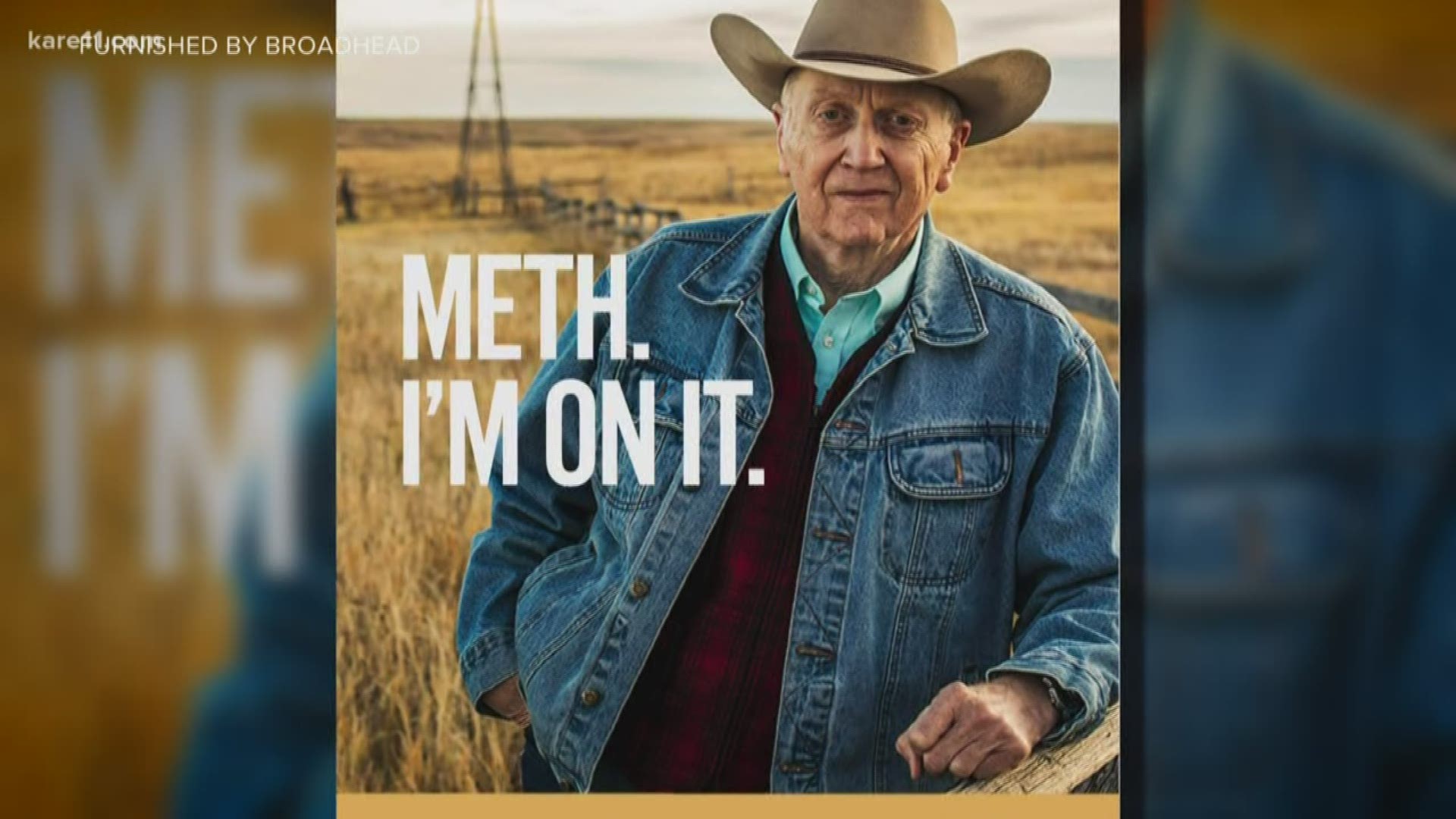 MINNEAPOLIS — A $440,000 public service campaign created by Twin Cities PR firm "broadhead" for the state of South Dakota to raise awareness of meth abuse is turning heads across the country.

In the video ads, ordinary people including children turn to the camera and say, "I'm on meth."

Many people on social media calling the campaign a mockery. Another comment says "You turned meth into a joke."

"We knew it was going to be provocative. We wanted to do something different," said broadhead President Beth Burgy.

Burgy said they knew the campaign would get a reaction. And to make people notice, they had to do something different than the gritty meth awareness ads that have been tried in the past.

"Because it does really impact all of South Dakota. So the imagery we have for it is really inclusive," Burgy said.

"I don't think it's necessarily a mockery. It's a play on words. We're on it. We've got this. We've got to do something about it," said Sage Prairie Treatment Director Dr. Anne Pylkas.

Pylkas likes the campaign because it has already drawn attention back to meth, which she feels has fallen to the background.

"But in reality its actually growing," Pylkas said.

According to South Dakota's contract with broadhead, their original idea for the PSA included Governor Kristi Noem wearing a shirt that says, "I'm on Meth," and to include celebrities with South Dakota roots like January Jones and Brock Lesnar reciting the line.

In 2014, South Dakota stopped using a series of texting while driving ads that said, "Don't jerk and drive." They meant it to prevent jerking the steering wheel, but the ads provoked backlash.

South Dakota Department of Social Services Secretary Laurie Gill said she sees the meth campaign as a huge success already, and they absolutely do not plan on pulling the ads.

"Actually there's been probably more activity than we expected in the first day, but we see it as a good thing," Gill said.

The campaign includes a website to direct those who need help with meth treatment to available resources in South Dakota. Gill said they have already had people use the site to reach out.

University of Minnesota strategic communication and advertising instructor Mark Jenson said the campaign does its job by raising awareness.

"In today's society, you need to do something like that to raise awareness," Jenson said.

Beth Burgy released the following statement on behalf of broadhead:

“We are proud of this work, and as far as we’re concerned, the campaign is doing its job. It’s generating conversation, it’s soliciting all kinds of reactions and, yes, it’s making people uncomfortable. But discomfort causes change and demands action. This campaign is the necessary first step to initiate change and start conversations surrounding meth use.

“When you look at previous meth work, they all take a similar direction – it’s full of gritty imagery, daunting statistics and fear tactics. As an agency, we asked ourselves: how can we break through the noise and do something different? The impetus for the campaign was the idea that meth affects everyone in the state. It’s not just one person or one family that is impacted, but entire communities.

OTHER NEWS: New film "The Report" has two Twin Cities connections you may not expect

“We chose to illustrate that visually by featuring South Dakotans that you wouldn’t expect to be on meth, and juxtapose their portraits with the ‘I’m On It.’ headline. It’s intended to make you stop and do a double-take.

“This campaign represents South Dakotans from all walks of life and communities across the state — be it a family, a school, tribal communities, urban areas or ranching communities. Meth is everyone’s problem and we need to come together to put an end to it.

“We knew ‘Meth. We’re on it.’ was going to be provocative and would drive a lot of conversation. We think it took a lot of courage to get this message out there, and we’re incredibly proud to be part of this effort.”