Companies across the Twin Cities are looking to fill job positions 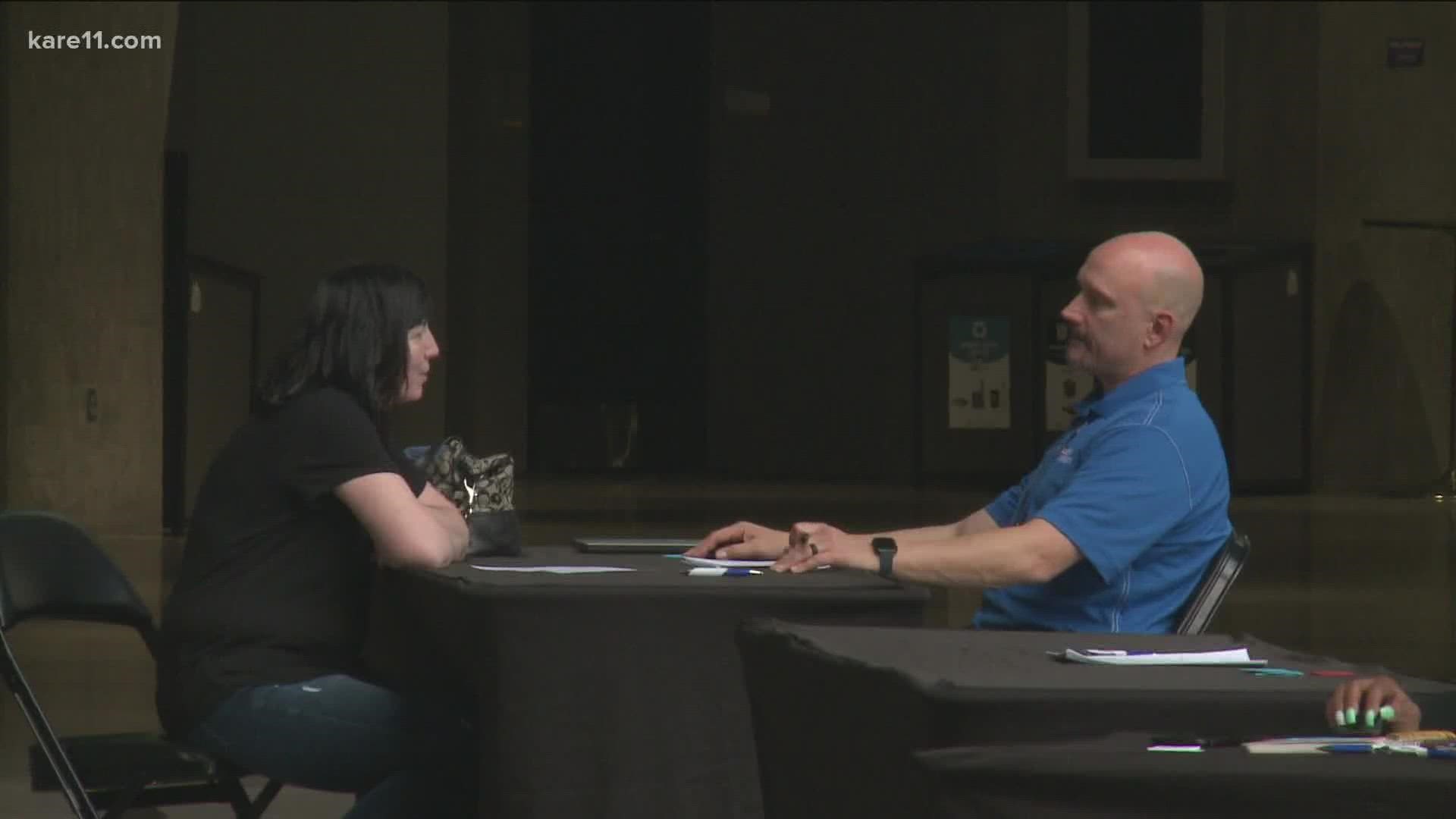 BLOOMINGTON, Minn. — Just as unemployment benefits expire for millions of Americans, a broad range of companies are holding hiring events across the metro.

This kind of open call hiring is full circle for Dross.

"We do promote a lot from within just as my story started," McGinn said. "I started as a dishwasher for about four hours then I was trained as a cook. Did every position in between. Became a manager about 10 years in."

Their hiring event comes as the Minnesota Department of Employment and Economic Development announces the expansion of six businesses, creating 381 jobs over next three years. According to the press release, $2.1M in award money from the Job Creation Fund has been allocated to Advanced Volumetric Alliance in Albertville, North Freeze Dry in Little Falls, Performance Food Group in Rice, ST Paper in Duluth, Silk Road Medical in Plymouth and Trystar in Faribault.

Also on Wednesday, U.S. Bank Stadium partners held a hiring fair to help fill around 500 part-time positions for the upcoming season of events, which will include Vikings games.

"Whether it's behind the concession stand, greeting people at the front doors or keeping the stadium looking beautiful," general manager John Drum said. "We have two concerts coming up in the fall. The building is busy again and we're looking for great people to add to the team."

There is at least one more big hiring event coming up Sept. 14 at Valleyfair for its fall season, ValleySCARE. The park is looking to fill hundreds of positions at $20 per hour for candidates 16 and older. There is even free onsite housing available for candidates 18 and older.