Police say a responding officer fired his weapon at the individual after the person exited a residence with a firearm, and didn't follow police commands. 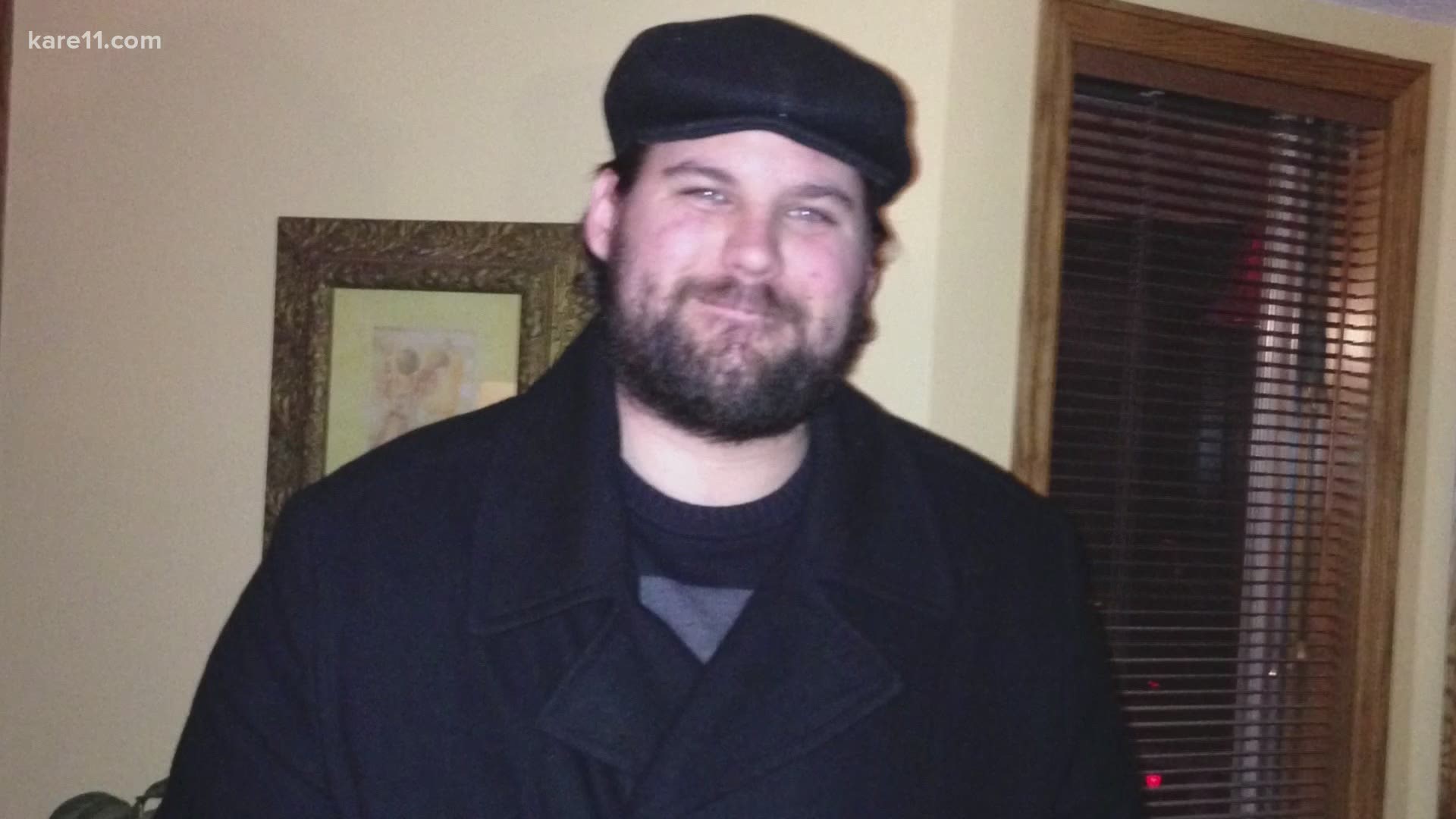 ROBBINSDALE, Minn. — Robbinsdale Police Department says a man has been hospitalized after being fired upon by one of their officers near the 3300 block of France Avenue North.

Family has identified the man to KARE 11 News as 29-year-old Adam Nelson.

Police initially arrived outside the person's residence on reports of a suicidal individual inside with a gun, according to a police statement.

When officer involved shootings happen, the police narrative often comes in a single paragraph. But the families affected will tell you it's much more complex than that.

Nelson has covered many police shootings in his career as a photojournalist.

Now, his brother Adam is in the ICU in critical condition with wounds from multiple police bullets.

"He's my brother, and I just don't want people at home to think he's just a sheet of paper who came over the wire," Chad Nelson said.

Chad says his brother Adam is a complex person.

He loves his family, his friends, his motorcycle, and at times, he battles demons.

Adam was living with their other brother and his wife, and police had been called to the Robbinsdale house before to make sure Adam was OK.

"He's had some issues with mental health. And I just feel like they knew that coming in, and when my family calls for help, that's what we want from the police. The last thing we wanted is what happened," Chad Nelson said.

The police statement said, "Unexpectedly the individual came out of a residence with a firearm and began advancing on the officers, ignoring commands to stop, when an officer discharged their firearm"

But Chad's other brother Brent, who witnessed the shooting said police shot Adam several times as Adam pointed his gun at his own head. Brent was handcuffed and detained following the shooting by Robbinsdale Police after spending 40 minutes in the house trying to talk his brother out of committing suicide, and then watching police shoot him, Chad said.

The bottom line, according to Chad, is that when a family calls police for help, there ought to be a way to get that person help.

"We just want him to get help," Chad said. "And we want, when we call the police for a welfare check or whatever it is, not for us to have to worry if we're making the situation worse."

The family of Adam Nelson initially believed that Adam Nelson didn't have health insurance, but after speaking to Adam's employer, his insurance will start with his most recent paycheck, so some of the costs should be covered.

However, family is still anticipating a lot of additional medical expenses, so a GoFundMe page has been set up to help with those expenses.

The Minnesota Bureau of Criminal Apprehension is still investigation, and police have released no further information at this time.