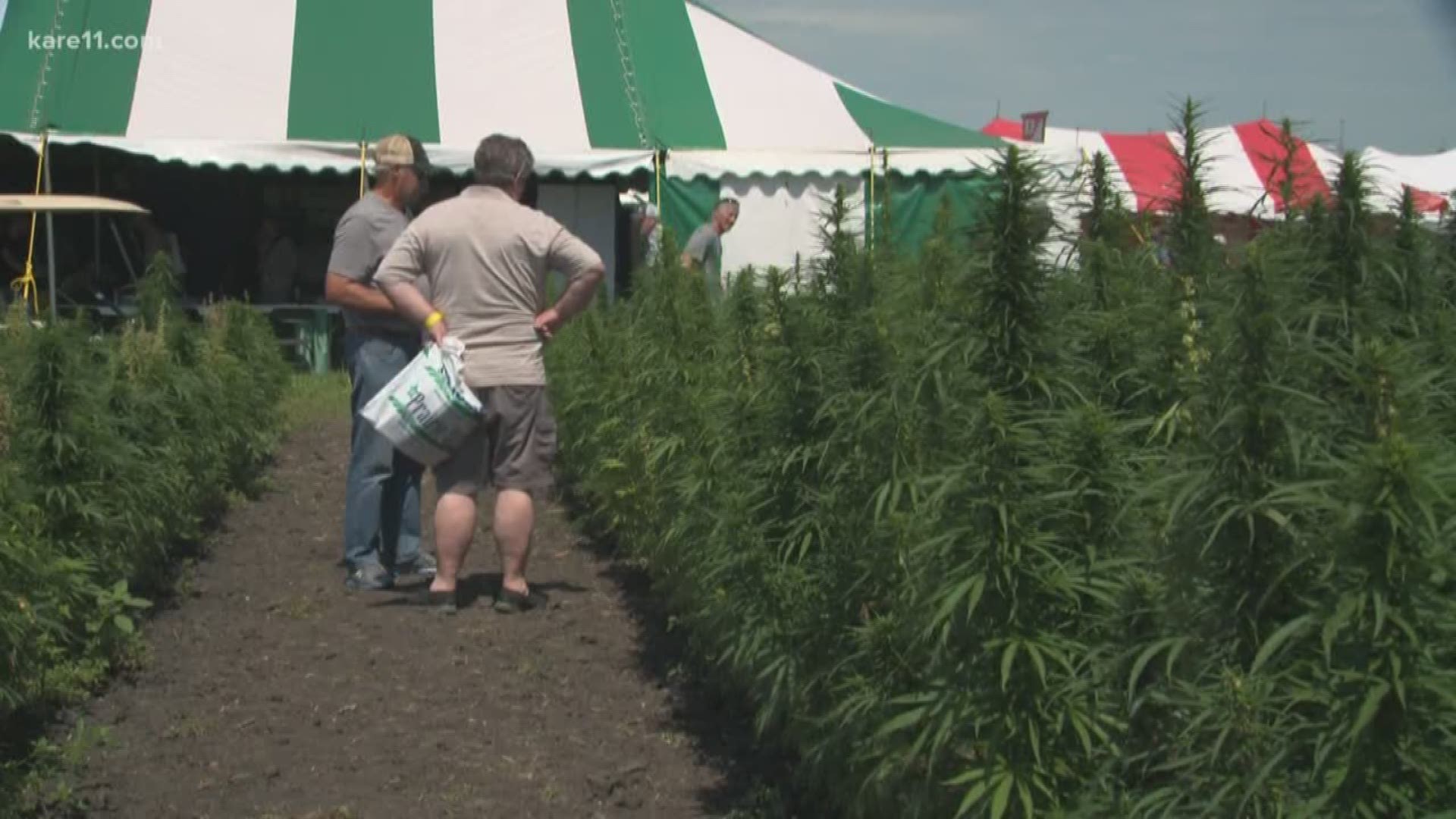 REDWOOD FALLS, Minn. — A little patch of land at Farmfest is drawing a steady stream of visitors. It’s the Minnesota Department of Agriculture’s test plot for industrial hemp.

There’s growing interest in marijuana’s harder-working cousin, which in recent years began legal to grow for those farmers who sign up for the state’s pilot program. And many of those at the festival could be seen walking through rows of hemp plants.

He was the first Minnesota farmer to legally grow hemp, at a farm near Hastings, as part of the state agriculture department's pilot program.

And while most CBD oil is the booming hemp product now, a lot of the hemp from the Strohfus farm ends up as a protein additive to food products.

“We’ve been soliciting companies like General Mills to make hemp Cheerios and all that kind of fun stuff because hemp has such a great food nutritional value. It’s high in omega 3 and 6, has a good fatty acid profile and is second only to soy as a plant-based protein.”

The Minnesota Dept. of Agriculture is inviting farmers to consider industrial hemp as a potential cash crop to help them ride out the ups and downs of the cyclical farm economy, especially as trade wars with China have added extra uncertainty about traditional markets.

Minnesota Congressman Collin Peterson, who chairs the US House Agriculture Committee, said he’s worried that too many growers could jump in at the same time. At a forum at Farmfest Wednesday with US Ag Secretary Sonny Perdue, Rep. Peterson pointed out there aren’t any hemp processing facilities in this country.

“I’ve supported the legalization of hemp for 20 years, but I am nervous about what’s going on,” Peterson said.

“If everybody grows hemp that’s talking about it, you will collapse that market and screw that up.”

Minnesota’s Industrial Hemp Association acknowledges that the supplier chain is not yet developed, and farmers could face issues with financing and other obstacles because the Food and Drug Administration hasn’t certified CBD oil yet as food or dietary supplement.

But some of elements should fall into place in the coming years, according to Dave Ladd of the newly-formed Minnesota Industrial Hemp Association.

“They’ll find a way. And technology never stays static. It’s all those other pieces along the supply chain that have to interface and work together in order to come out the other end.”