People now can mark an "X" for gender, if they do not identify as male or female or consider themselves non-gender conforming or non-binary. Previously, Minnesotans only could check M or F as a gender option. 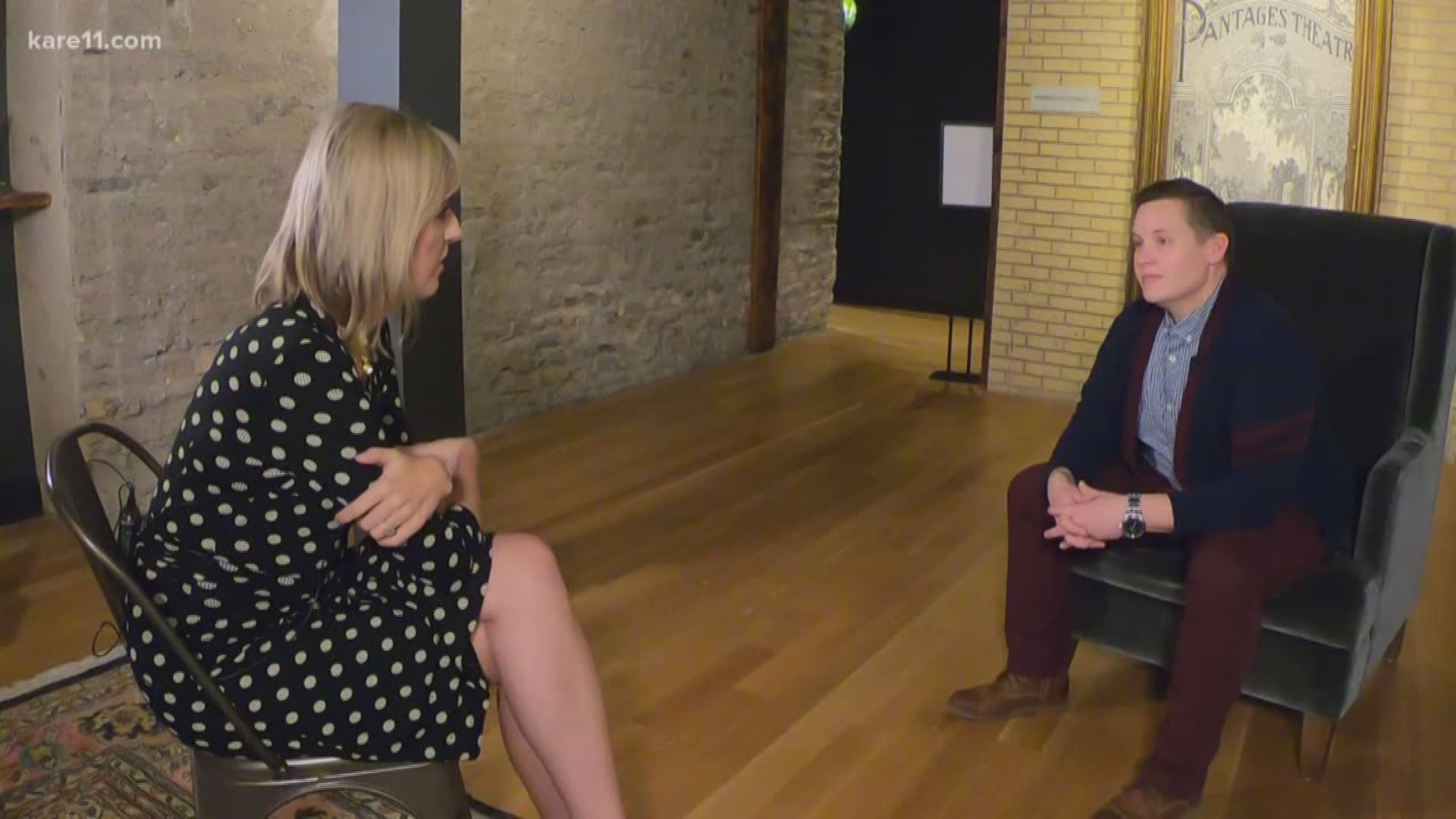 MINNEAPOLIS - The Minnesota Department of Vehicle Services launched a new option for Minnesotans applying for driver's licenses when it comes to a description of gender.

People now can mark an "X" for gender, if they do not identify as male or female or consider themselves non-gender conforming or non-binary. Previously, Minnesotans only could check M or F as a gender option.

The Minnesota Department of Public Safety said the new option was a business decision to better serve all Minnesotans.

"Gender identification is a self-descriptor like eye color, height, and weight. Licenses will have either an M, F or X noted in the gender section. This change was made during the planning for the new driver's license system," said a department spokesperson, in an emailed statement. "In addition, other states recognize this designation and the federal government allows it under REAL ID."

Ani Ryan Koch, 33, of Minneapolis, was among those to apply for the X gender option. Koch, who identifies as non-gender conforming, said they had been waiting for this option for more than a decade.

"I didn't realize how emotional it would be. I think this change really signifies an institutional recognition of existence. Something a lot of trans and non-gender-conforming people don't have in a world that is very gender binary. So, to simply be able to say, yes, I exist outside this binary system, is huge for me, my mental health, and a lot of people that I care about," said Koch.

Jenkins, the first African American transgender woman elected to public office, said she is also behind an effort to issue municipal ID's, another form of identification designed to be inclusive to all residents, including those with varying gender identities.

"In 20 years, the concept of gender as we know it, is no longer going to be the dominant or relevant way of thinking about gender. The generation coming up is more uncomfortable with aligning themselves as one gender or the other," said Jenkins.

A handful of states, including California, Oregon and Maine as well as Washington, D.C., already allow the gender X designation on driver's licenses. But, the unpublicized change doesn't sit well with a few Minnesota lawmakers.

Jeff Johnson, GOP candidate for Minnesota governor, posted a video to his Twitter where he questioned the state's change.

"Seriously?" said Johnson. "This is the same organization that can't figure out the value of an F150 pick-up truck."

State Sen. Scott Newman, a Republican from Hutchinson, says the change was "made unilaterally" by Gov. Mark Dayton's administration without legislative approval, and he questions its legality.

"Will this change hamper law enforcement's ability to properly identify suspects, or hinder the investigative process in any way? The public deserves answers to these questions, or at least a dialogue about the potential repercussions," said Newman, in a statement.

Koch believes the option will provide clarity for law enforcement in certain situations.

"I've been pulled over at night and the officer looks in my car, and sees a man, and my documentation says female. I'm panicking in that moment, wondering if this is going to be a problem for me in that moment, or whether I take care of the tail light or speeding ticket or whatever the case may be," said Koch.

Koch expects to have the new driver's license by next week.

"If folks have a problem with it, they are probably uncomfortable with trans and non-gender conforming people existing, and we can't make policy based on that discomfort. Good policy doesn't come from fear," said Koch.