Wisconsin DOJ released documents that include new police video, photos and audio from the case. 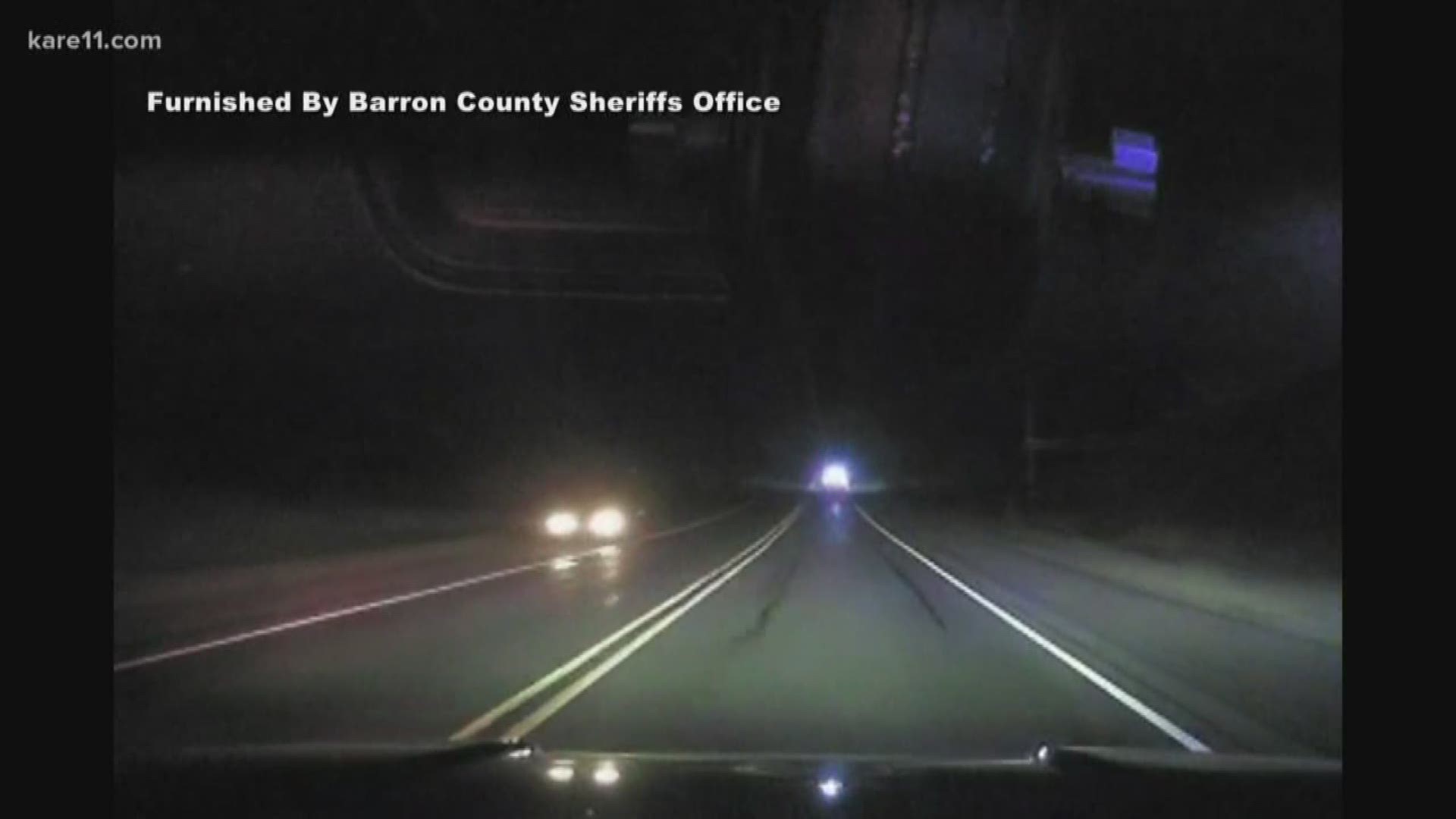 BARRON, Wis. — The Wisconsin Department of Justice released the investigative files Friday afternoon from the 2018 kidnapping of 13-year-old Jayme Closs and the murder of her parents.

The files include new police video, photos and audio from the Department of Justice, Barron County Sheriff’s Department and Douglas County Sheriff’s Office. The DOJ also released a 660-page report with an interview with Jake Patterson, who was arrested and later pleaded guilty to the kidnapping and murders.

Among the videos released is dash camera footage that appears to show Patterson traveling along Highway 8 as Barron County Sheriff's deputies are en route to the Closs residence.

Barron County Deputy Jon Fick's dash cam shows headlights from a lone vehicle traveling the opposite direction of the deputies just outside the city of Barron. The video matches the criminal complaint where Deputy Fick reported a vehicle, traveling eastbound, yielding to deputies responding to the scene. The vehicle described in the complaint was later identified as the vehicle Patterson was driving the night of the kidnapping and murders.

While on scene at the Closs home, the newly-released body camera audio reveals that investigators discussed the car they'd passed on Highway 8, without knowing that Patterson had been the driver.

"Do you want to run and download and try to see if you can pull any plates of cars going that way?" one deputy is heard saying.

Another responds: "That maroon one that yielded?"

On Oct. 15, 2018, Jayme was kidnapped by Patterson after he forced his way into her rural Barron home and fatally shot her parents. Patterson held the teen for 88 days, until she escaped while he was away from the Town of Gordon residence where she was being confined.

Patterson pleaded guilty to the crimes and a judge sentenced him to two life sentences in prison without the possibility of parole. He is currently serving that sentence in a New Mexico prison.

RELATED: Jayme Closs shares a message on the anniversary of her kidnapping

The released files also include details about tips authorities received as they were searching for Jayme, as well as evidence collected after her escape. Some of the files are heavily redacted.

The transcript of Patterson's interview paints a picture of a man who acted on impulse and controlled Jayme's movements around the cabin where she was held. Patterson believed he had restrained Jayme with fear, telling police he never put extra locks on the doors or windows, because he thought she'd never leave.

“I just trusted her and that, she wouldn't try to get out," he said.

According to the transcript, he was counting on “mind things” to keep Jayme from running. He also forced her to be quiet when his father or others came over. “Like at first I would say that, you know you have it really good here, I’m treating you good, and she’d be like yeah okay. ... I was like you could have it a lot worse here," he said.

At one point, he said, he was drunk and feeling guilty so he let Jayme write a letter to her aunt, to let her family know she was alive. He said he planned to drop that letter off, but told police that it was still in the cabin when he was arrested.

Patterson said Jayme walked around with him in the yard at times, but never left the property. Authorities asked Patterson if he ever tried to change Jayme's appearance, and he said he tried to cut her hair once, but she cried and said didn't want him to, so he didn't.

Included in the documents released was a report by the Douglas County sheriff's deputy who took Jayme to safety after she escaped. That deputy said that when they were riding in the squad car, she learned of Patterson's arrest and told Jayme he was in custody.

“Jayme showed me a small smile and we continued," the deputy wrote.