A former Minneapolis police officer who is charged in the killing of an Australian woman appeared in court Friday. 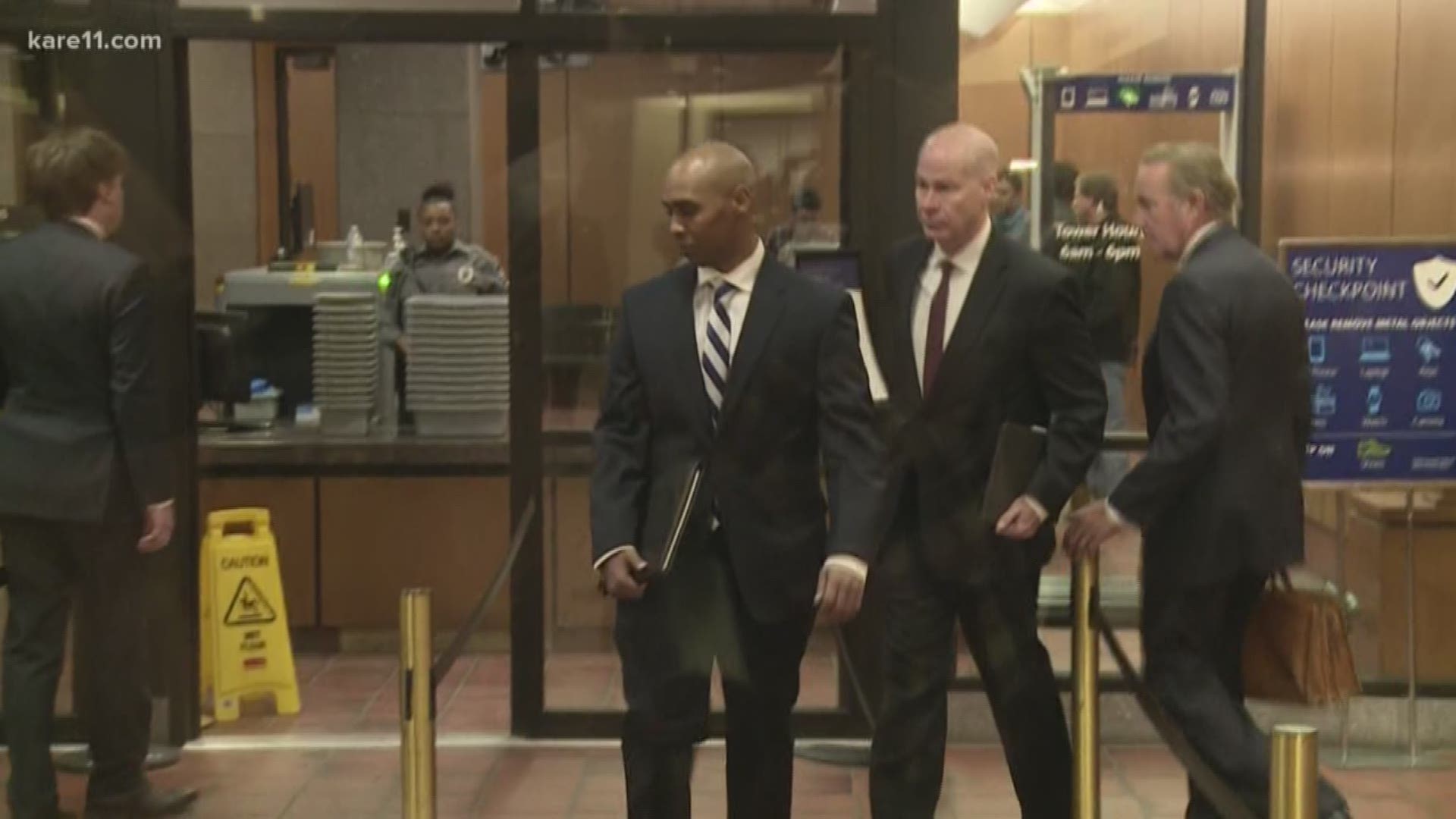 MINNEAPOLIS — Prosecutors can't use a former Minneapolis police officer's silence or the results of his pre-hiring psychological exam against him at his trial in the 2017 shooting death of an unarmed Australian woman, a judge ruled Friday.

Mohamed Noor, 33, goes on trial April 1 on murder and manslaughter charges in the death of Justine Ruszczyk Damond, a 40-year-old life coach and Australian-American who had called 911 to report a possible sexual assault behind her home. Noor, who shot Damond when she approached his cruiser, was fired from the police force after being charged.

Noor refused to talk to investigators when he was offered a chance to do a voluntary interview, and prosecutors wanted to use that as evidence. They argued in court documents that the situation would have been different if Noor was arrested and had chosen then to invoke his right against self-incrimination.

But Hennepin County Judge Kathryn Quaintance disagreed, saying: "It seems to me the right not to incriminate oneself is a pretty seminal constitutional right."

Quaintance ruled that prosecutors could not use Noor's silence as part of their "case in chief," but said it may be used to attack his testimony if he takes the stand.

Quaintance also rejected prosecutors' bid to use a 2015 psychological test of Noor before his hiring as a Minneapolis officer.

The test found Noor was disinterested in interacting with others and, when compared with other officers, was more likely to be impatient or have difficulty confronting people. A psychiatrist concluded that overall, Noor was fit to be a police officer, saying the test results don't carry much weight.

Prosecutors had argued the test results were admissible as character evidence, and they matter because the jury has to decide whether Noor acted as a reasonable police officer would act. The defense disagreed, calling the test "unsupported speculation."

As with Noor's silence, Quaintance said prosecutors can't make the exam a central part of their case but may be able to bring it up if Noor testifies.

Marsh Halberg, a Minneapolis defense attorney who is not connected to the case, said those rulings raise the stakes for Noor if he chooses to testify.

Halberg said tactically, it makes sense to have Noor remain silent until trial and have him tell his story to everyone for the first time in front of jury. But if these other issues can come up during his testimony, he has to be prepared for that.

Quaintance ruled on several other requests Friday. Among them, she said prosecutors can't point to prior "bad acts" that happened when he was an officer, including one incident in which prosecutors say he pointed a gun at a motorist's head two months before Damond's shooting.

However, she said, prosecutors can introduce evidence about a 911 call that Noor and his partner responded to less than two hours before Damond's shooting. In that case, police were called to the same neighborhood about an elderly woman who seemed to be lost or confused.

Quaintance said that evidence is relevant to what Noor knew and to his state-of-mind on the night of the shooting.

Quaintance also denied a defense request to show potential jurors a video about unconscious bias. Defense attorney Peter Wold said the video would help ensure that Noor has as fair of a trial as possible. Quaintance said issues about bias would be addressed in a lengthy juror questionnaire, but she would not allow the video to be played. 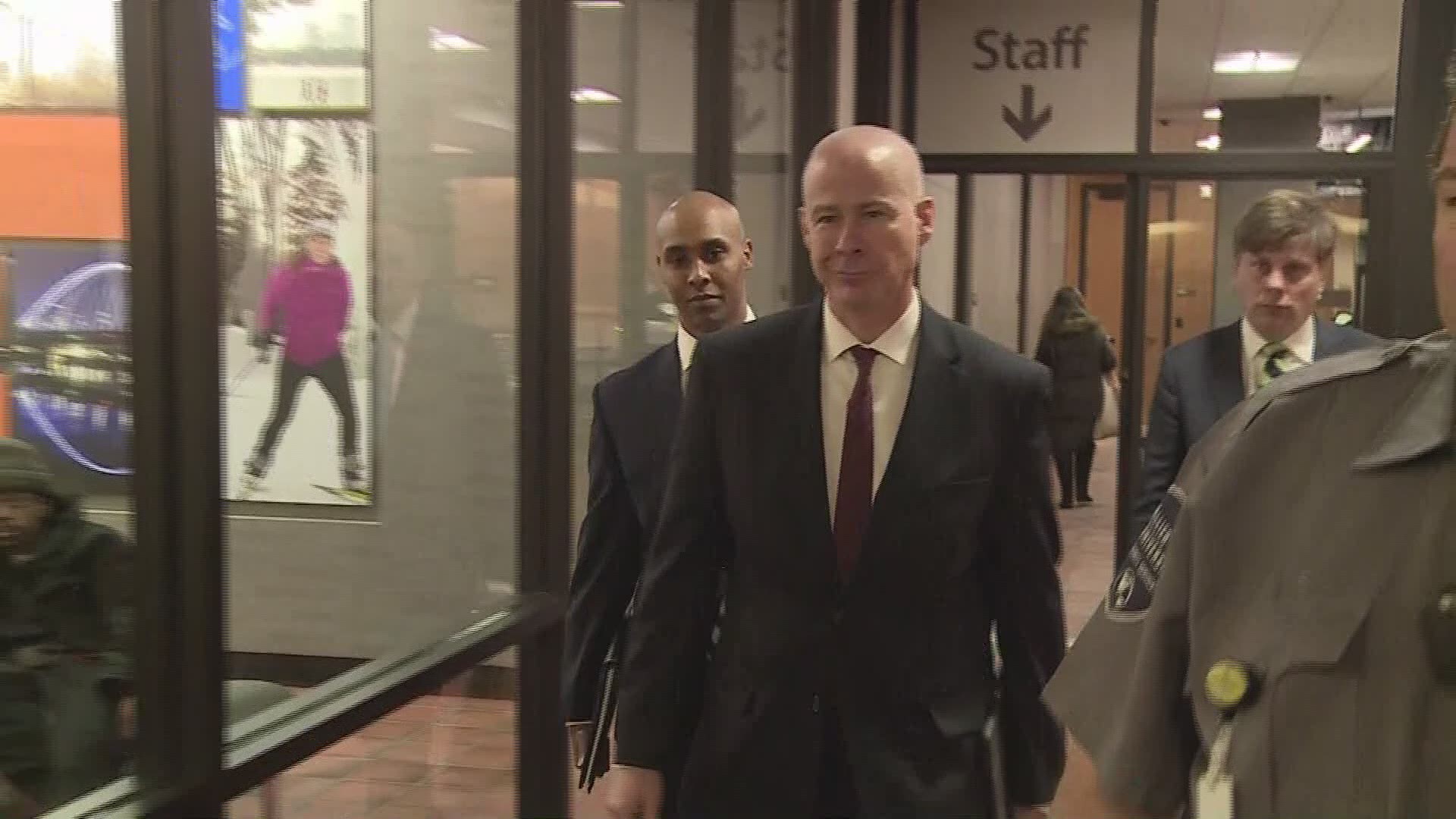 Halberg said the jury selection of a jury is going to be extremely important, and attorneys will have to look at potential biases jurors might have for or against police officers and minorities.

Noor's partner the night of the shooting, Matthew Harrity, told investigators he was startled by a loud noise right before Damond approached the driver's-side window of their police SUV

According to the criminal complaint, Harrity, who was driving, heard a voice and a thump and caught a glimpse of a person's head and shoulders outside his window. He then heard a sound like a lightbulb breaking, saw a flash and looked to his right to see Noor in the passenger seat with his arm extended. He looked out his window and saw Damond with a gunshot wound.

Civil suit on hold until after Noor trial