Minneapolis police policy allows “neck restraints” but only when a suspect is “actively resisting” and experts say the pressure should be released quickly. 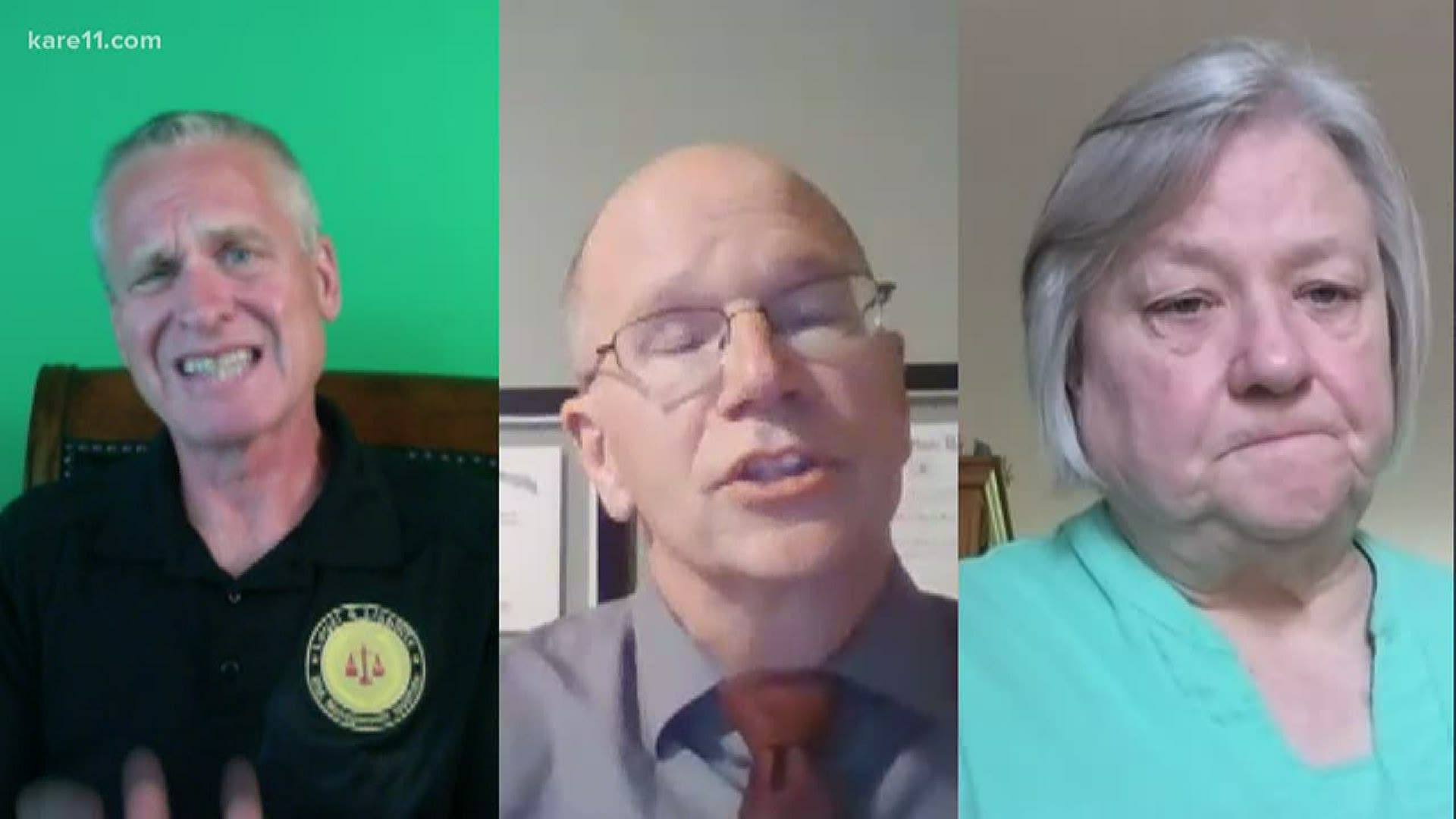 MINNEAPOLIS, Minnesota — Three police use of force experts interviewed by KARE 11 say they question why a Minneapolis police officer continued to hold the suspect down – with his knee on the man’s neck – after he appeared to be restrained.

“When somebody is restrained, all the training is to immediately get off them and get them into a position that facilitates breathing,” said Jack Ryan, who served for two decades on the Providence, Rhode Island police department. He is now Co-Director of the Legal and Liability Risk Institute which provides training for law enforcement agencies nationwide.

Minnesota-based experts who also watched video of the scene posted on social media agreed, while calling for a full investigation of the incident.

“Once you have them handcuffed, you would sit them up. Sit them up on the curb, sit them up on the seat,” said Mylan Masson. She is the former Director of the Law Enforcement Program at Hennepin Technical College and served on the Minnesota Police Officers Standards and Training Board for more than 20 years.

She says the Minneapolis Police Department training program does not teach the knee on the neck technique, although it does allow pressure to the shoulder blades. “And once you have them under control then you release that,” she said.

“We always want to make sure we have both sides of the story, but it doesn’t look good,” she added.

“Ideally, once you got a compliant subject you would take the weight off,” said Duane Wolfe, a law enforcement instructor at Alexandria Technical and Community College.

Wolfe wonders why that didn’t happen in this case.  “At this point there’s a lot of things that are unclear and until we get all of that information and a full investigation is conducted, we are left with a lot of questions and not a whole lot of answers,” he said.

Minneapolis Police policy allows the use of neck restraints – “Defined as compressing one or both sides of a person’s neck with an arm or leg, without applying direct pressure to the trachea or airway.”

The policy states the neck restraint “may be used against a subject who is actively resisting.”

“As the video goes on, do you see active resistance?” asked KARE 11 investigative reporter A. J. Lagoe.

“I do not see active resistance,” Masson replied.

“It does not appear that the man was in a position to actively resist at that point,” Ryan said.

Credit: KARE 11
Former police officer Jack Ryan says "All the training says get off them as quickly as you can."

Data from the website fatalencounters.org, which uses news stories to track police use of force deaths, shows there have been at least 250 deaths nationwide in the last 20 years involving someone dying from police choking or restraints.

But cases involving someone dying due to having an officer press a knee against a person’s neck seem to be uncommon. In one case, a man died in 2015 following an altercation with deputies in the lobby of the Dallas County jail.

Ryan says the length of time the Minneapolis officer had the man face down while on top of him goes against all training.

“You want to get them out of that prone position because we know that people in arrest situations in a prone position are in danger of having difficulty breathing,” Ryan told KARE 11. “All of the training says get off them as quickly as you can.”

The video does not show that happening – even as bystanders begged the officer to take his knee off the man’s neck.