For 88 days, the search for Jayme Closs was a mystery that captivated the nation and left a grieving family holding its breath. 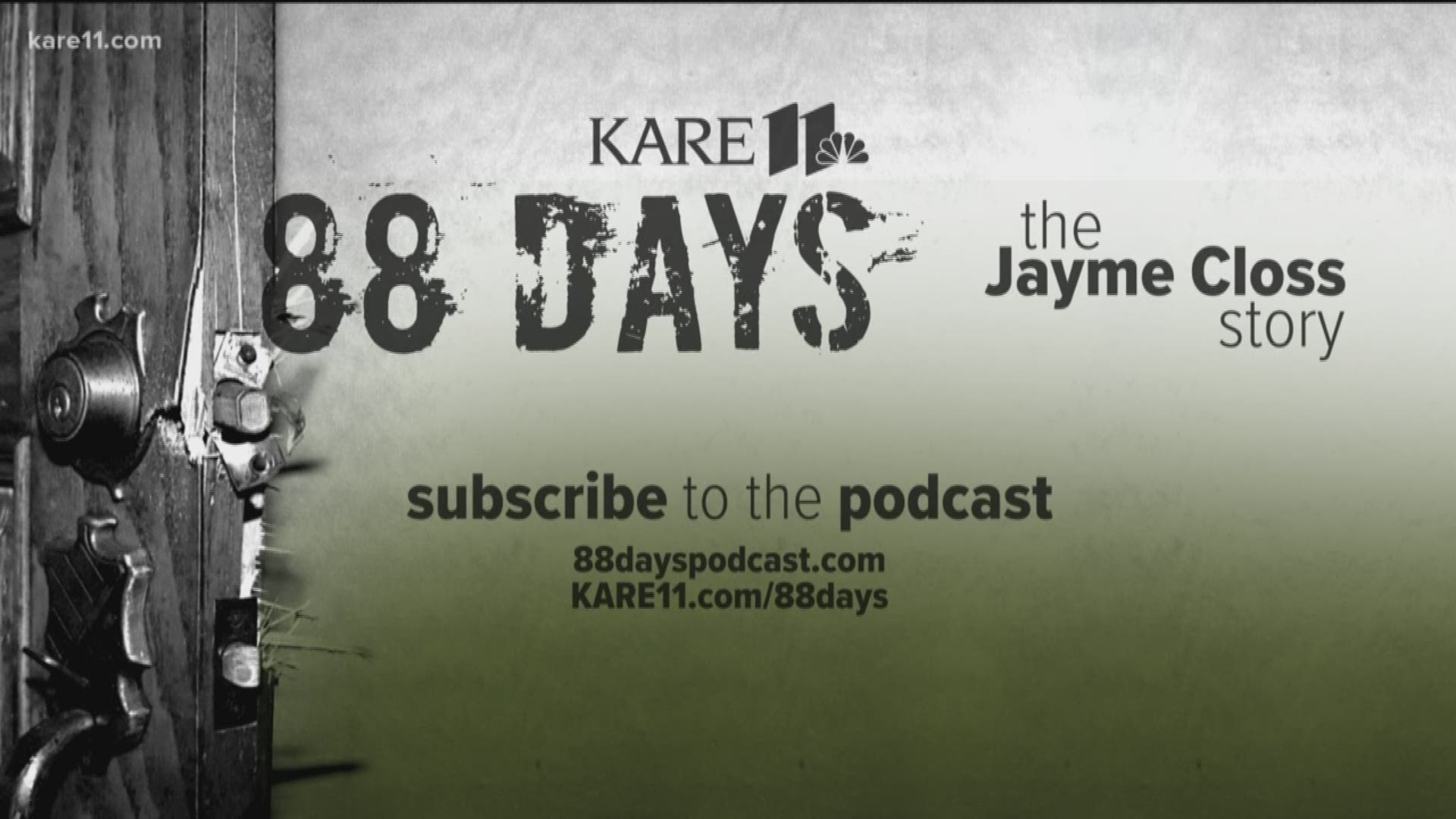 88 Days: The Jayme Closs Story is a KARE 11 original podcast in association with Vault Studios. New episodes are released on Tuesdays. Subscribe at 88dayspodcast.com.

On October 15, 2018, a couple was brutally murdered in a small Wisconsin town, and their 13-year-old daughter vanished without a trace.

For 88 days, the search for Jayme Closs was a mystery that captivated the nation and left a grieving family holding its breath. 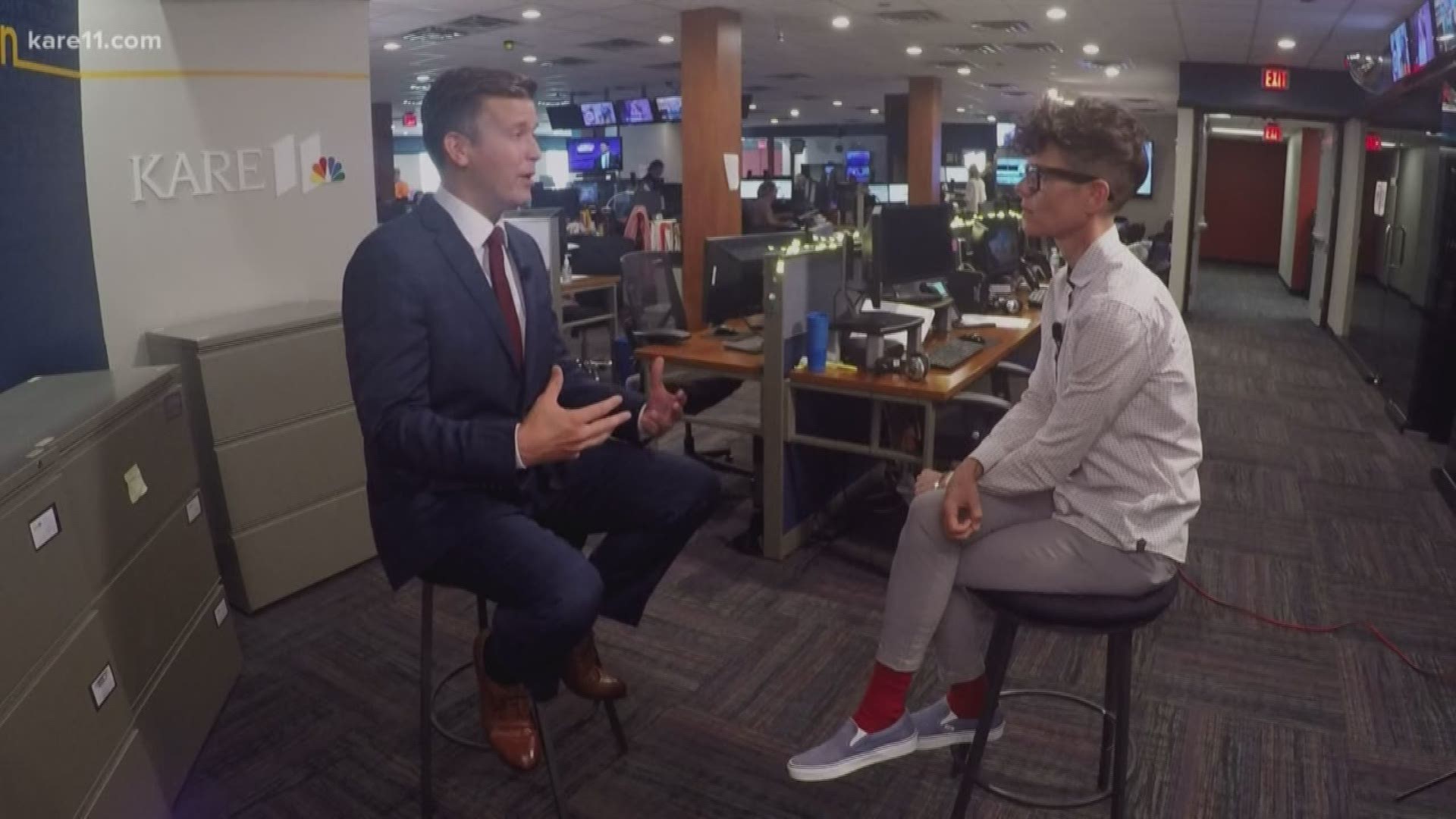 88 Days: The Jayme Closs Story is hosted by Emmy Award-winning KARE 11 reporter Lou Raguse and co-produced by KARE 11’s Ellie Coatar. The podcast spotlights the story of Jim and Denise Closs, and their 13-year-old daughter who vanished without a trace.

RELATED: Sheriff: Jayme Closs taught us to 'never give up hope'

Raguse and Coatar bring listeners inside the case each week, offering a fresh perspective on the three-month investigation including in-depth interviews, analysis and how the case unfolded. 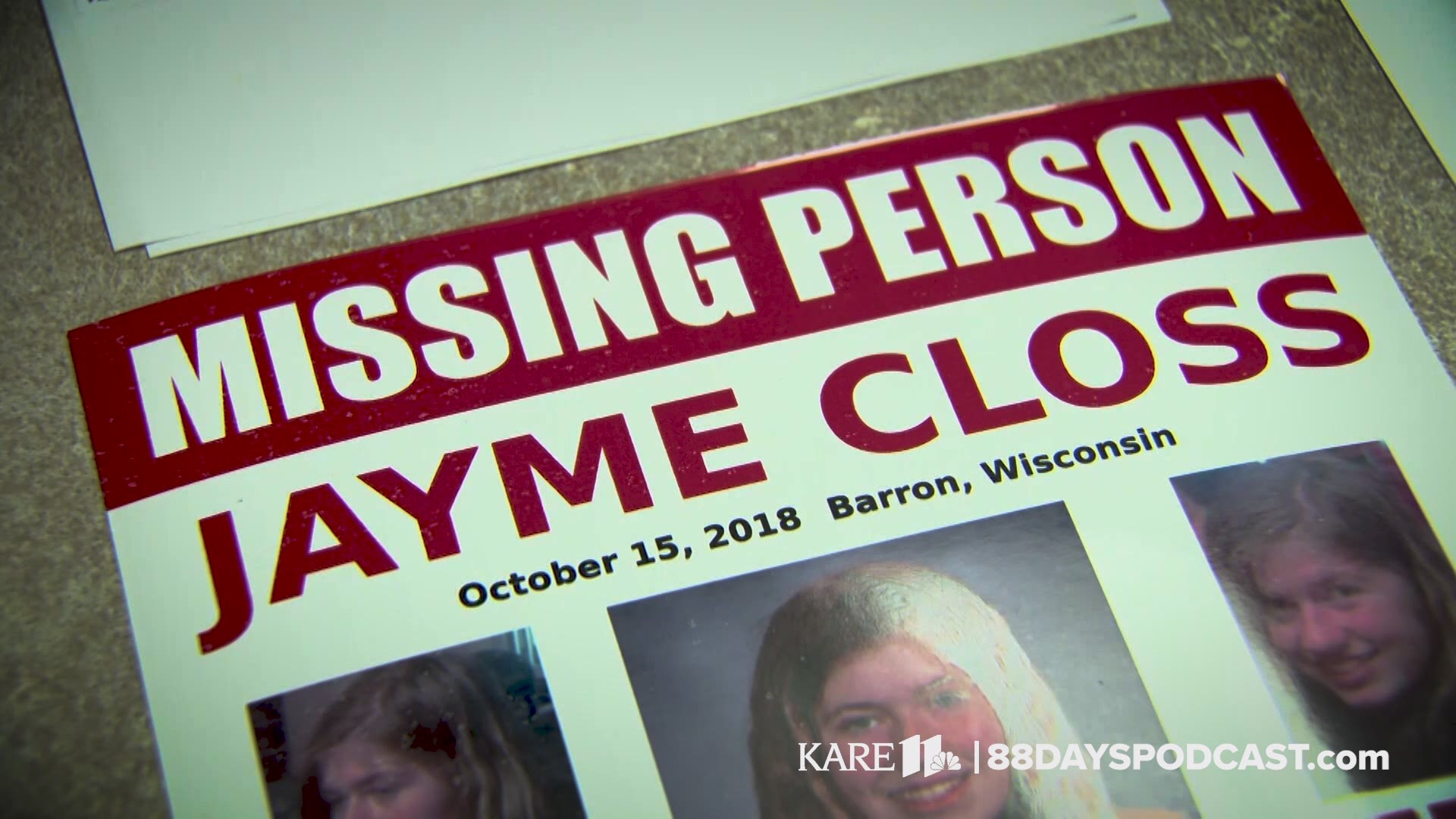 “Podcasts like 88 Days offer a platform for our journalists to explore a topic as deeply as necessary to get the full story, share additional perspectives, and introduce new information,” said Stuart Boslow, KARE 11 Director of Content.

“The Jayme Closs case had a profound impact on me as I covered it for 88 days and beyond,” says Raguse. “It was unlike any story I’ve ever worked on. Now, I am eager to share the twists and turns and the Barron community’s message of hope in this format.”

Here's a note from Lou Raguse on why he decided to create this podcast:

I covered Jayme Closs’ story from day one until the end. It’s one of those rare cases that has a happy ending, despite all the tragedy along the way. Looking back, it became a story of hope that deserved to be retold.

Going through all the footage and interviews, we found so much material that never made it on TV. We found it valuable, and thought it could be valuable and interesting to other people, too.

Jayme’s story is a compelling one for the people who followed it and lived it as it happened. And we think the same will be true for people around the country who haven’t heard of Jayme Closs.