“The film offers a glimpse into the heart and soul of the passionate educators in Minneapolis Public Schools and beyond." 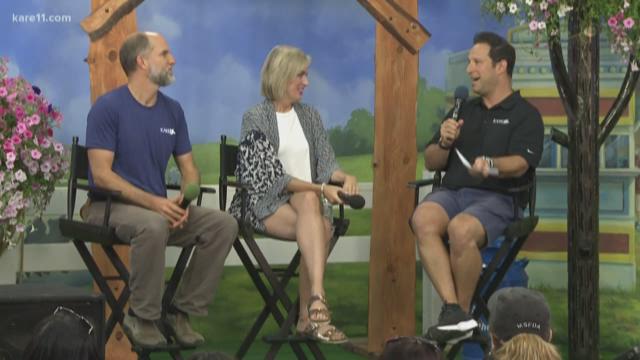 "Love Them First" follows a Minneapolis school where more than 80 percent of students live near or below the poverty line. When the school encounters a heartbreaking setback, principal Mauri Friestleben is forced to confront the true measure of student success in a story about inspiration, heartbreak, perseverance and the power of love.

“The film offers a glimpse into the heart and soul of the passionate educators in Minneapolis Public Schools and beyond. It is our hope viewers see the film not as Lucy Laney's story—but the story of us all," said Friestleben.

"Love Them First" started as a series of news stories developed by KARE 11 reporter Lindsey Seavert and photojournalist Ben Garvin. The duo spearheaded a pilot project to turn the series into a full-length documentary with support from KARE 11 and its parent company TEGNA. The year-long project invites viewers to witness the purity and force of love transforming the school and its students.

"The film is a window into a world that not many see," said Seavert. "Our unprecedented access to the school over one year enabled us to take viewers on an emotional journey of resilience and hope."

"Journalists have real power to shine a light on people who are doing good," said Ben Garvin. "And Mauri is an example of a woman who is changing the world."

"KARE 11 is dedicated to telling real and honest stories of our community," said KARE President and General Manager John Remes. "Our entire team is deeply proud of this film.”

The documentary had its broadcast premiere on Thursday, Sept. 12 on KARE 11. It is now available to stream for free anytime on the KARE 11 YouTube page and LoveThemFirst.com.

Love Them First is a co-production of KARE 11 and TEGNA. For more information or upcoming screenings, visit the film's website.